Daily Inspiration: “The trend that actually happens is the one that isn’t hyped!”

“The trend that actually happens is the one that isn’t hyped!” – Futurist Jim Carroll 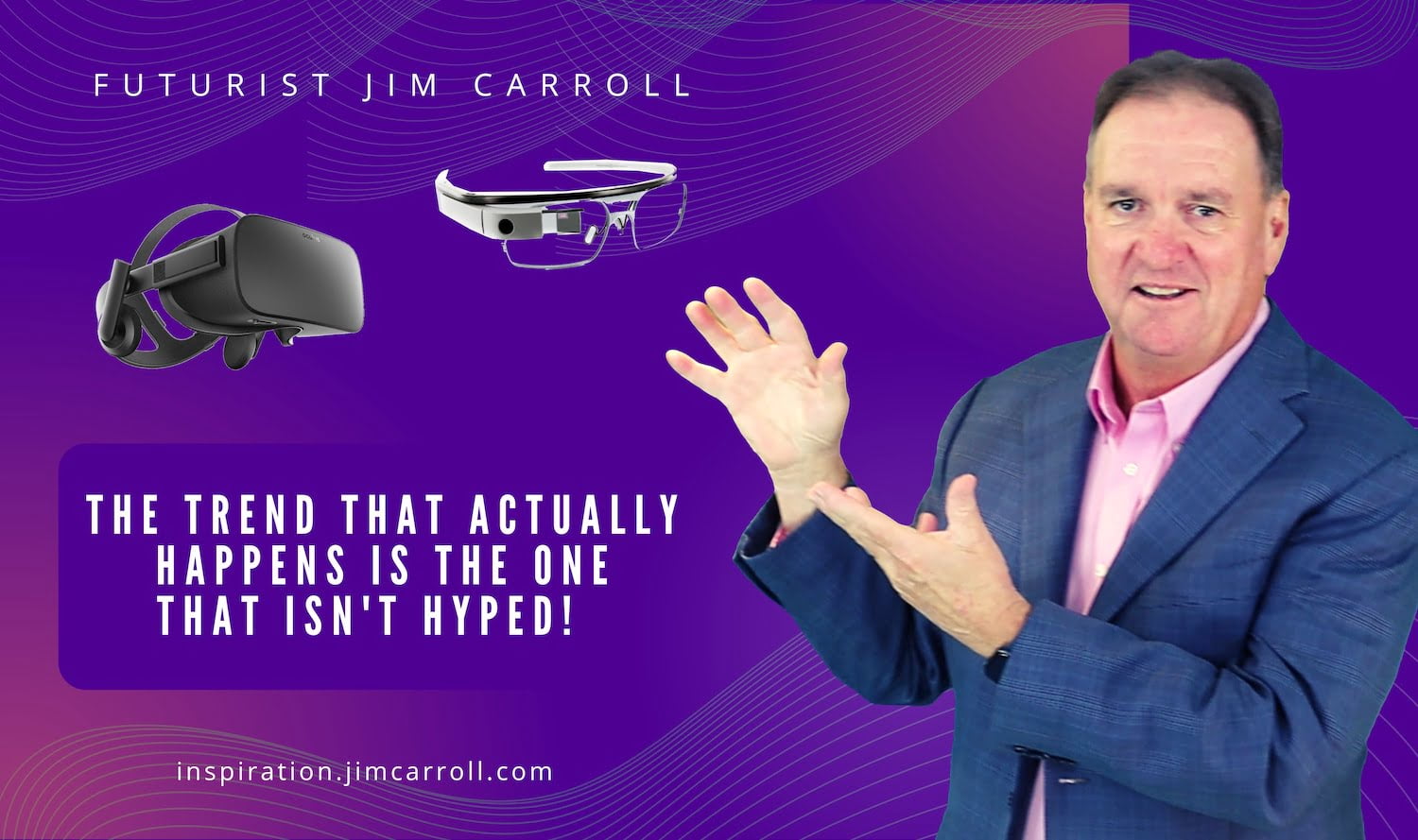 Part of the art of figuring out the future is knowing this – you’ll often find the real trend by looking beyond the hype to what’s actually happening! The hype? Virtual headset virtual reality, best epitomized by the bold but somewhat doomed bet by Mark Zuckerberg with his Meta initiative. The reality? The return of Google Glass ideas with smart heads-up display based on accelerated augmented reality technology and concepts. 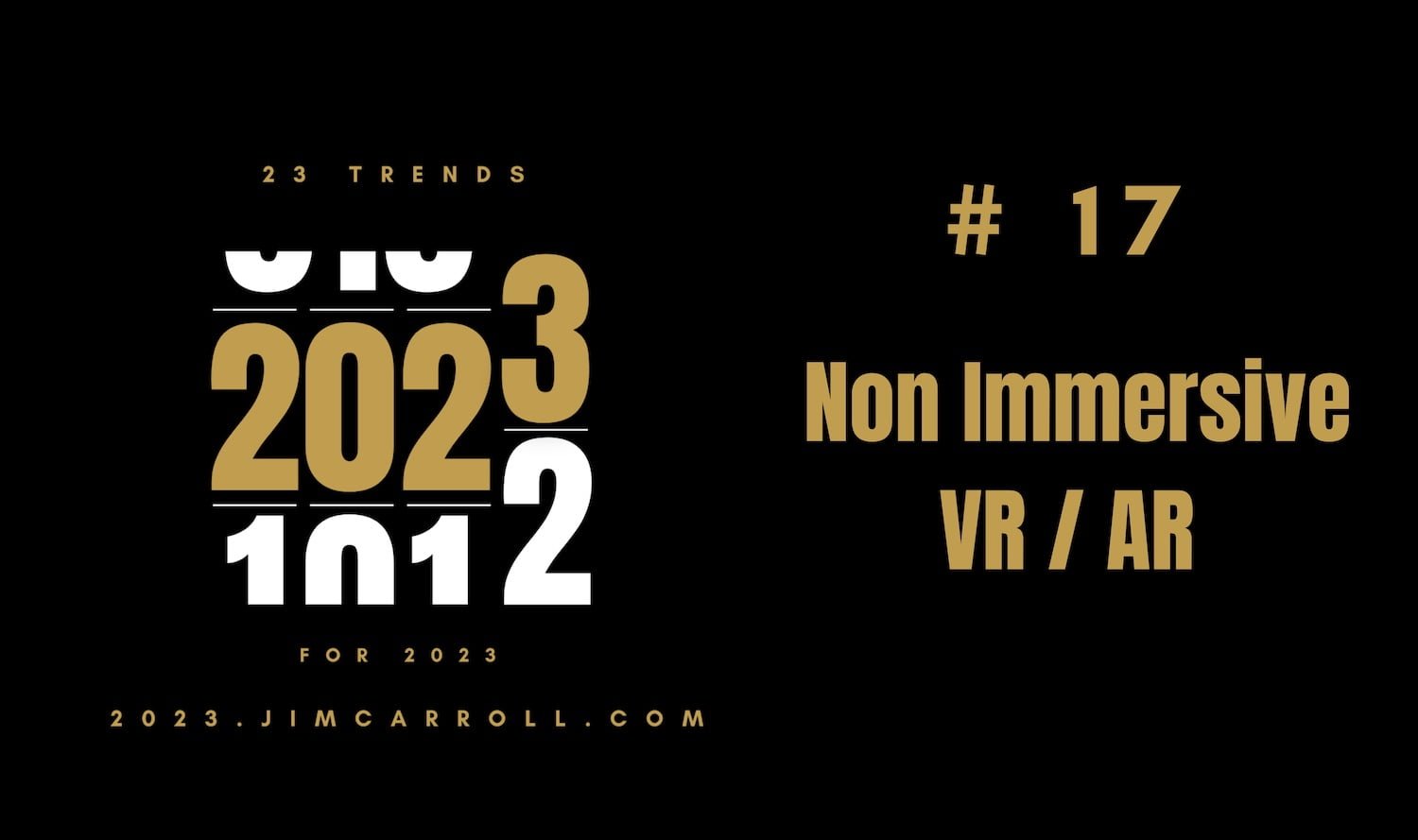 Non-immersive, in that this isn’t a headset that you wear but the hardware you glance at that provides you detailed information about the space around you – the marriage of AR and HUD (augmented reality in heads-up displays).  In 2023, a greater number of organizations are going to discover this is the real VR / AR opportunity, not the crazy headset idea being pushed by Facebook, er, Meta. That will always be a fascinating but niche-oriented bit of hardware that will provide much amusement and fun but not a lot of business applications.

I first became really excited about the mainstreaming of AR – augmented reality and HUD technology – when an Air Canada pilot that I follow on social media began to post an increasing number of photos from the cockpit of the Airbus A220, which features a sophisticated heads-up display screen, much like we might see in a modern fighter jet. That indicated to me that this was a technology that was finally going mainstream because it had practical applications – augmenting your world with valuable, up-to-date information; in this case, critical flight data, updated in real-time and available at a glance. 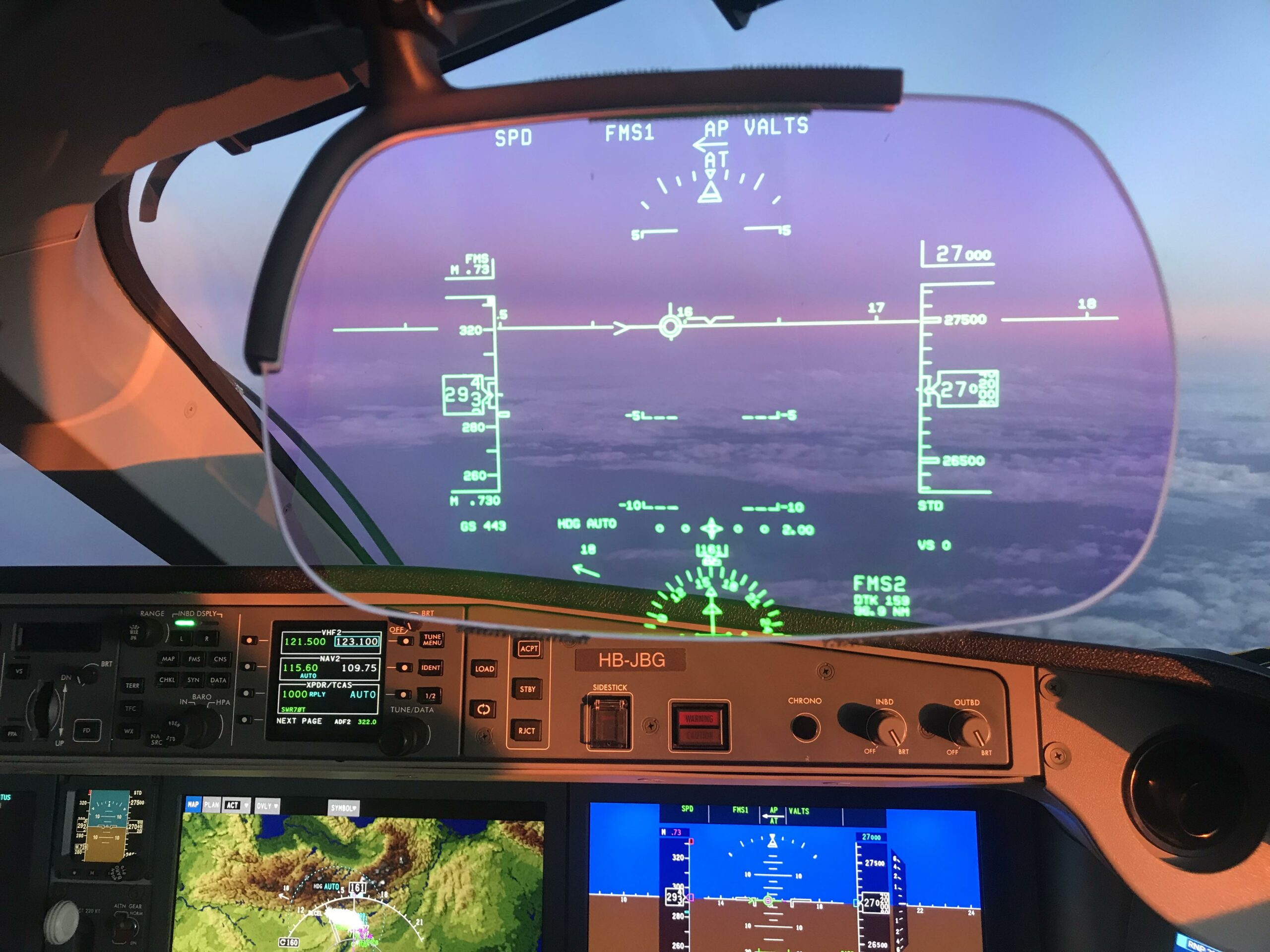 As I began seeing these photos some years ago, I realized that while Silicon Valley was hyping the clunky headset, practical people were involved in building real applications based on something that was not immersive.

That’s why, when considering a trend, you might often find the reality not in the thing that is hyped, but in the things happening around it. It’s not VR that is real -it’s AR. I posted this as a comment to Mastodon – a fast-emerging alternative to the hate bucket that Twitter has become – and received this response from ‘Ralph058’

@jimcarroll This has a ring of truth to it. The “Self Driving Car” is not the trend. It is the ubiquitous growth of autonomous systems because of it. Autonomy Engineering is a field. I’ve interviewed for making construction equipment, mining equipment, pleasure boats, airplanes, commercial trucks, and of course automobiles “self driving”

This echoes what I see happening. I own a Tesla with ‘self-driving’ technology. It’s not. Not self-driving nor ready for prime time everywhere, and so I have become quite skeptical about the mainstreaming of that technology as hyped by Tesla. But i do see self-driving emerging with road trains, trucks, mining equipment, and more. Look beyond the hype to discover the reality.

Back to HUD and AR.

The more I thought about it, I realized that what was really coming together was the marriage of several trends – data generated by digital twin technology, the increasing sophistication of HUD or heads-up display technology, and augmented reality concepts. These aren’t new trends – but they’ve come together at the right time to provide wonderful business opportunities. Think about it this way – we are seeing the emergence of a world of 3d visualization with data, and that has applications in building design, manufacturing, construction, healthcare … just about everywhere!

An important part of this trend has to do with the insight and data provided by digital twin technology, which has come into its own as a significant trend. What’s a digital twin? In basic terms, it’s a virtual representation of a physical object, asset, or process, constantly updated in real-time.

It might be a visualization of a robotic process, used to engineer a new manufacturing methodology: 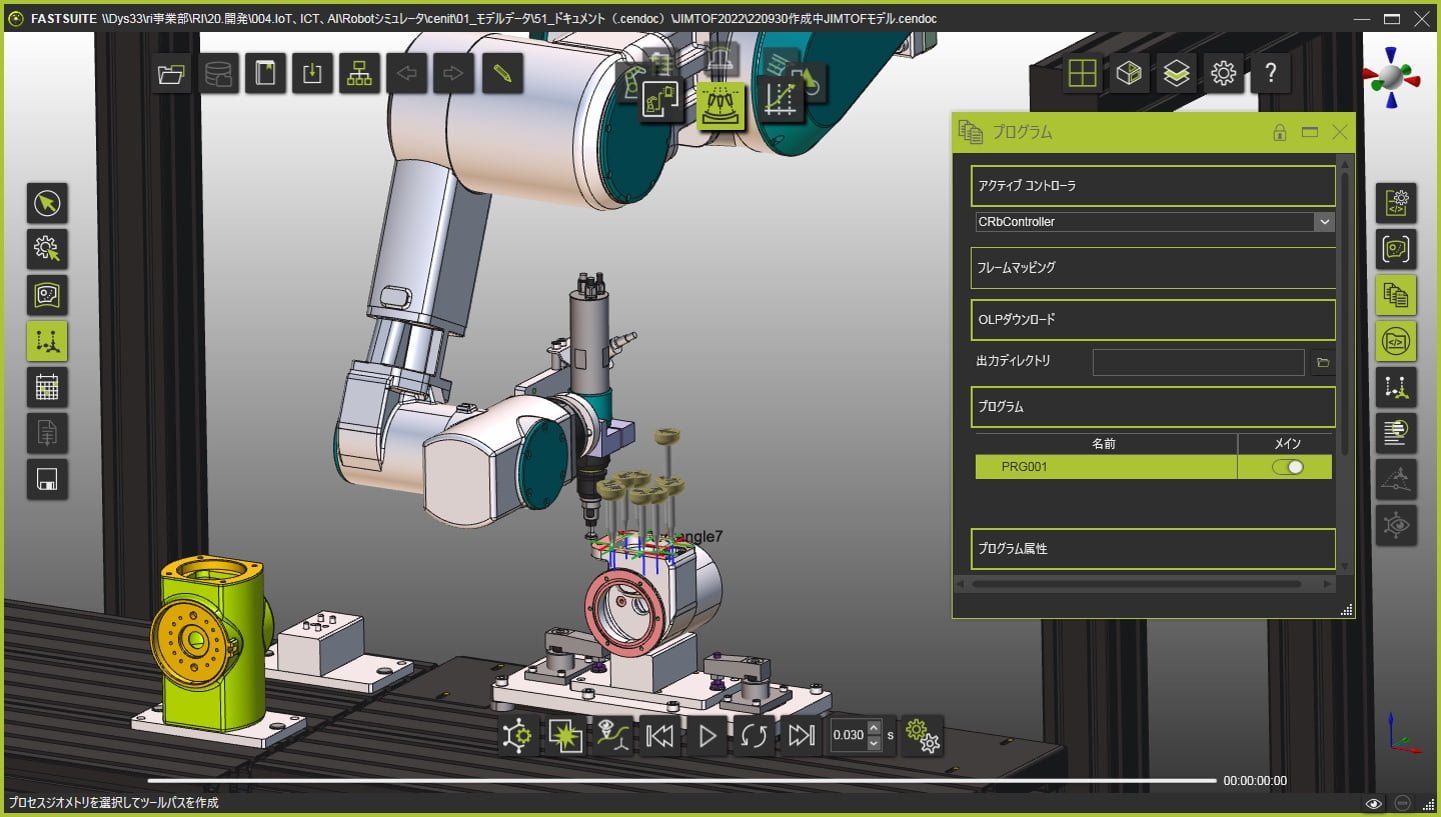 It might be a virtual representation of an urban area: 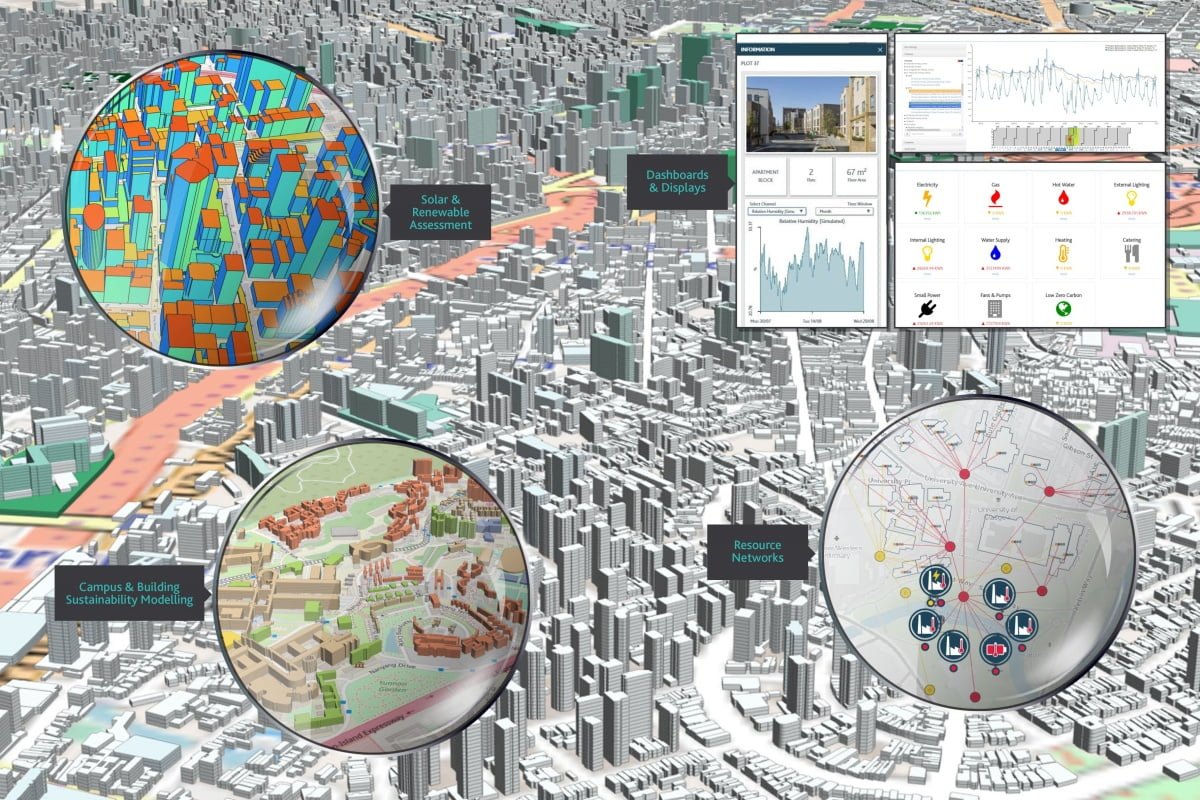 Or a virtual – and 3D  – representation of a farm with data. Watch this video to get a sense of what’s possible.

That’s the first element in this trifecta of trends. Then, there’s AR – taking the virtual digital twin data and presenting it within your real world as augmented information. That’s not new – the idea and concept have been with us for quite some time. You can play with AR on your iPhone, for example: 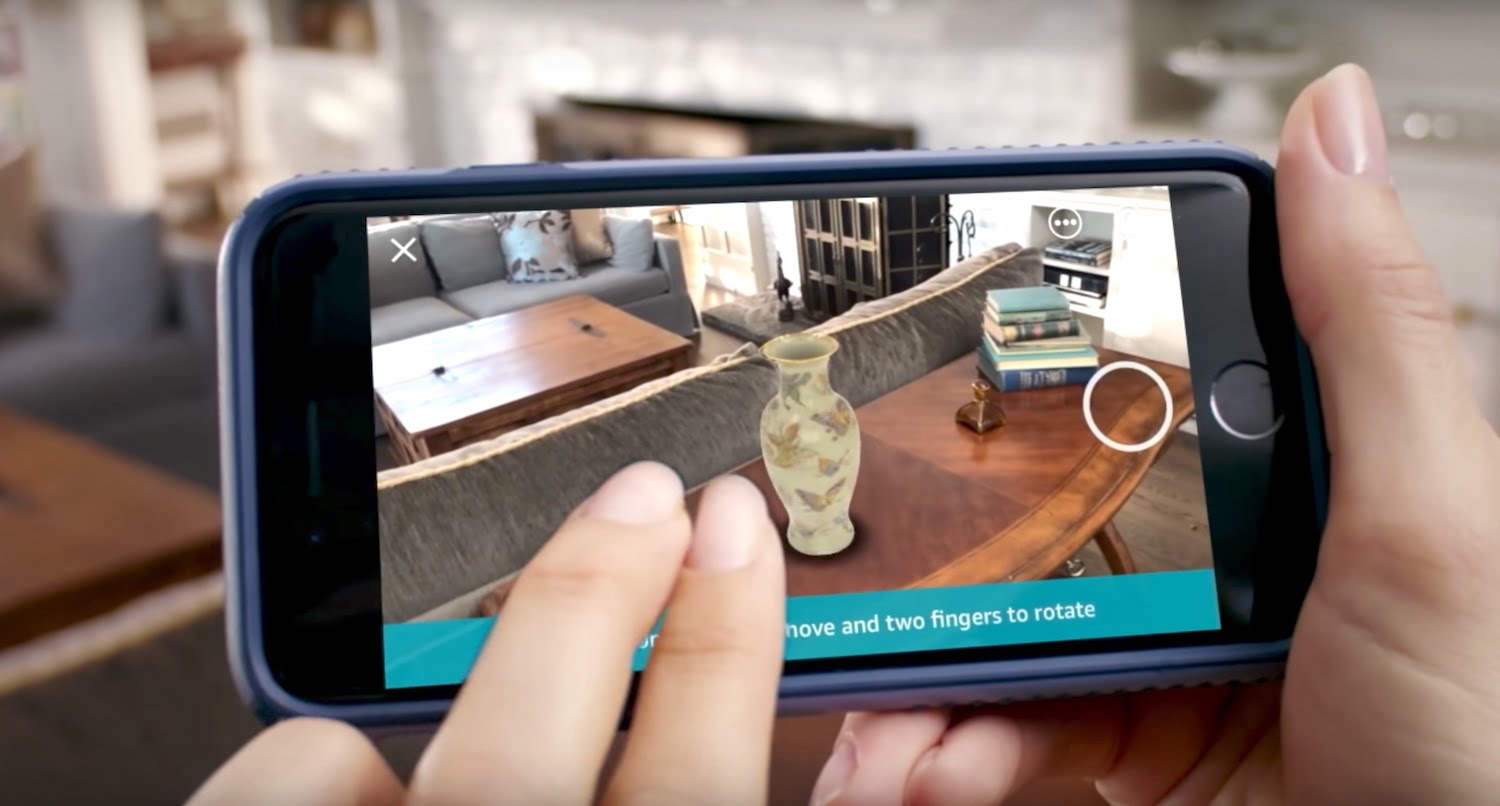 But add to that the third element – increasingly sophisticated heads-up display technology – and you get future magic that is arriving today and early tomorrow. A few articles give you an idea of what’s possible.

“Recently, a display device such as augmented reality (AR) glasses or a head-up display (HUD) that displays augmented reality by displaying a virtual image such as various images or various information to be superimposed on a scene (real scene) that is actually being seen has been put into practice.

Consider how this might be used in a mining operation:

On May 22, the underground optical waveguide AR glasses developed by Wuhai Energy Co., Ltd. under China Energy obtained the coal mine safety certificate from the National Center for Safety Standards, the first of its kind to pass the certification. The application of this equipment enables frontline workers to conduct remote failure diagnosis and treatment, remote accident rescue and relief command, intelligent risk screening, smart equipment patrolling, and remote operation instruction and training.

Or how they can assist from a medical and healthcare perspective:

* Josh Feldman, 23, was born with profound hearing loss and described his experience testing the glasses as ‘quite extraordinary’

While smart glasses were once constrained to the world of science fiction, brands ranging from Snapchat to Facebook have released their own devices in recent years.

Now, a new pair of smart glasses has been launched for people who are deaf or suffer from hearing loss.

The glasses, called XRAI Glass, use augmented reality to transform audio into captions that are instantly projected in front of the wearer’s eyes.

‘We are so proud of the ability of this innovative technology to enrich the lives of people who are deaf and have hearing loss, so that they can maximise potential,’ said Dan Scarfe, XRAI Glass CEO.

That’s the concept of AR.

Now consider the hardware that is coming as the original idea of Google Glass – released in 2011 – returns as a valid concept, such as promoted by the planned release of Oppo AR glasses. 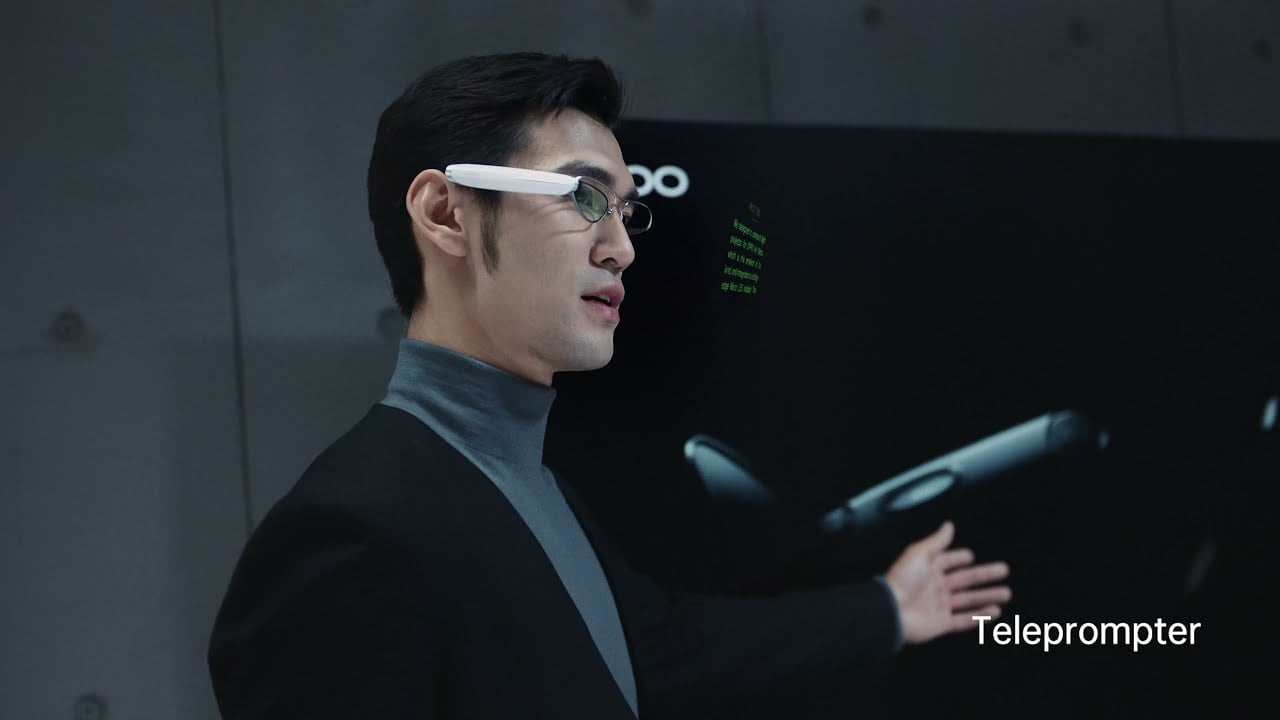 To understand the space that Oppo’s Air Glass fills in the world of smart eyewear, let’s first consider what it is not. The Air Glass is not a pair of VR glasses, cutting you off from real-world surroundings, nor does it attempt to beam you into the metaverse or any other virtual world. Oppo says that it strives to assist reality rather than augment it. Or with Google with Glasses 2.0. 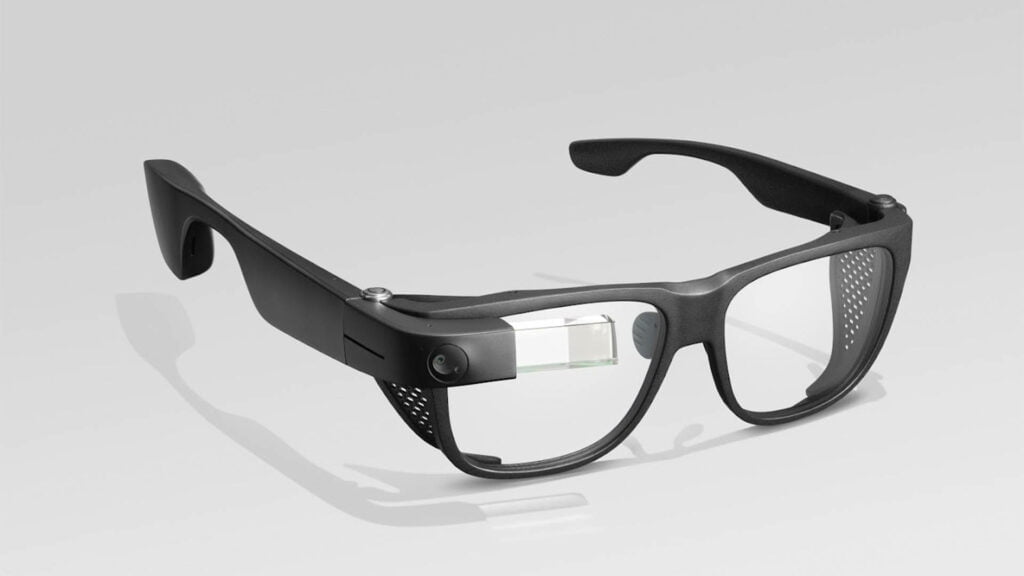 This leads to a world in which a factory or maintenance worker can ‘see’ schematics:

or pull up critical information that is displayed — all without a clunky headset. As with anything, timing is the big issue. The future is coming at us – it’s just a matter of when.

Apple’s AR glasses could be pushed back to 2025 or 2026 amid ‘design issues’, says analyst; Apple CEO Tim Cook has called augmented reality a “profound technology” that will affect everything

But I am convinced that this is a real trend to watch, and we will see both continued developments and a greater number of practical applications into 2023 and beyond.