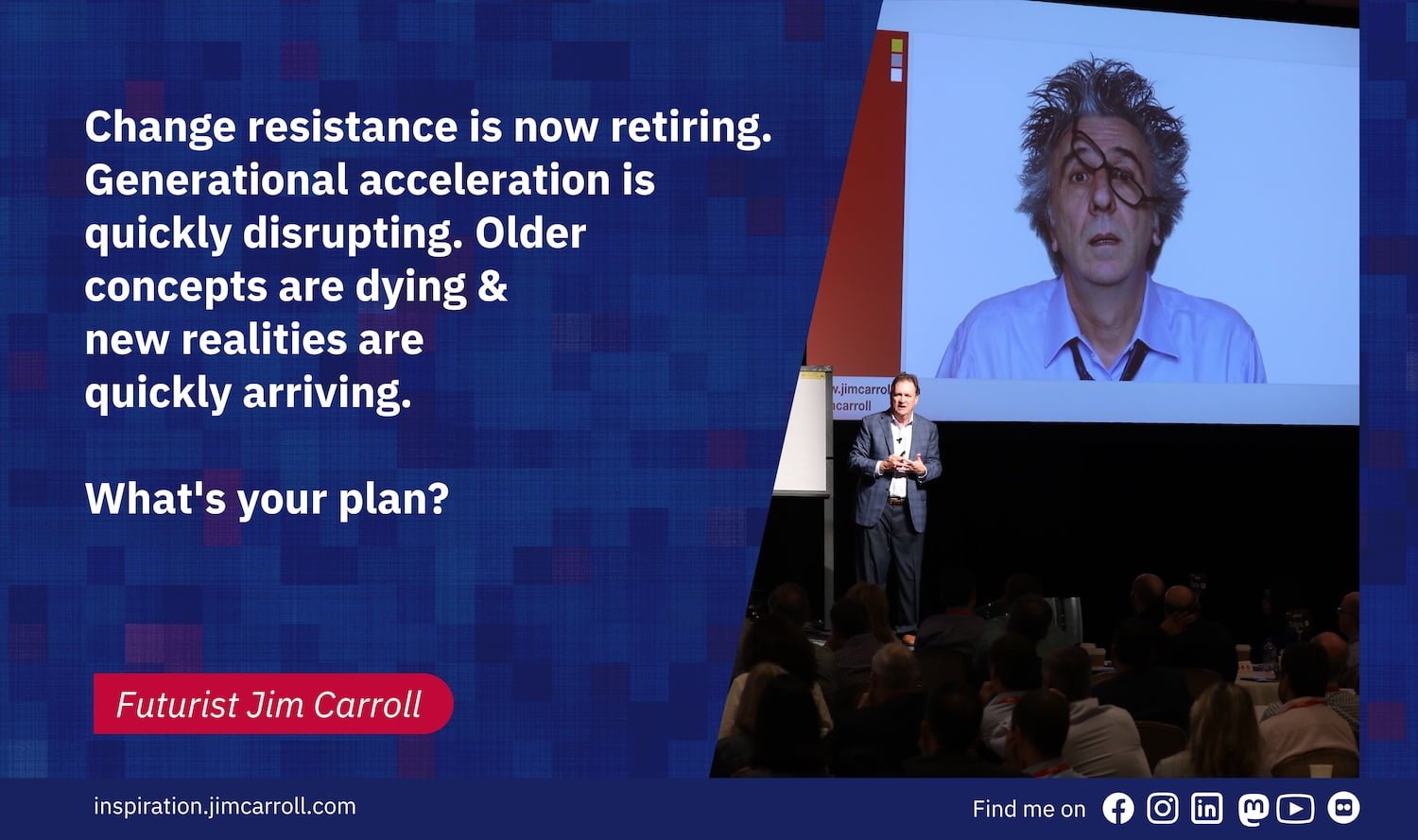 The youngest generation now entering the full-time workforce was born right after 9/11.

They were six or seven years old during the global financial meltdown and recession of 2007-08. They’ve now lived through the global pandemic. And they’ve had a cellphone – most likely an iPhone – since they were ten years old, with social media and fast. messaging simply being a part of who they are. This generation, more than any other, is connected, wired, and thinks differently than any other generation before them.

And they are now bringing their ideas, attitudes, opinions, short attention spans, rapid collaboration capabilities, and skeptical views into the workplace and organizations. There is no doubt they will shake up the established order as an increasing number of boomers continue their exit from the workforce. That’s why trend #21 of my ’23 Trends for 2023‘ that leadership teams really need to be thinking about is the impact of ‘Accelerating Generational Disruption.’ 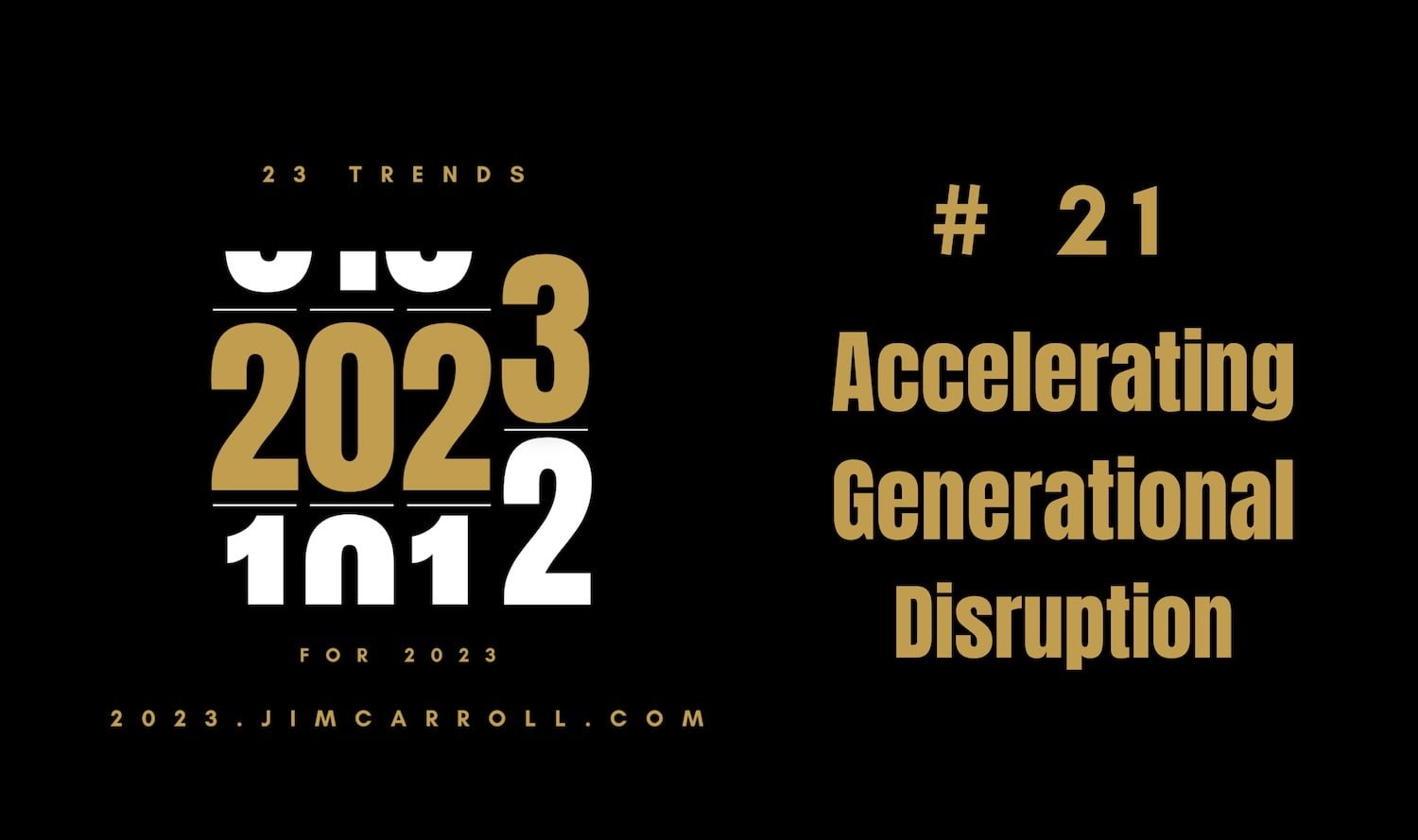 Known as Generation Z, social media, smartphones, connectivity, and short attention spans define them. I took this issue on in 2020, framing it as an opportunity for Generational Creativity. I think it is an even bigger trend with more profound implications, and that is why I am resurrecting it into the list for 2023.

Think about what their virtual reality results in. Their use of Farmville redefines agriculture and leads us to a world of 24-hour farming as they take over the family farm. Their mastery of virtual tools in Fortnite leads to a quick adaptation to virtual welding technologies in the manufacturing and trade sectors. League of Legends exposure leads to quickly mastering digital twin virtual surgery in healthcare. These kids accelerate virtual tech, because the skills they have picked up within the gaming world are coming into the workplace, and redefining the world of work. Gaming and virtual reality collide with robotics and more!

In many of my events, I talk about the real significance of the gaming generation while on stage. You see them playing Fortnite – I see them developing skills for our virtual world and the virtualization of industries.

It’s not just that though. They work and think at speed -they collaborate faster, share ideas faster, connect faster, and develop information and knowledge faster. They don’t read books and magazines to learn – they watch Youtube videos. They don’t debate the idea of cross-organization collaboration – they just do it. They see old, creaky business models and see opportunity. They don’t think about a career for life but consider multiple different future pathways. By any dynamic, they are wonderfully, masterfully innovative, and disruptive!

Contrast them to the baby boomer leadership teams now departing the workforce. Their attitude toward change was defined by the fact that they are the only generation, in the entire history of mankind, who will have ever met the punch card! 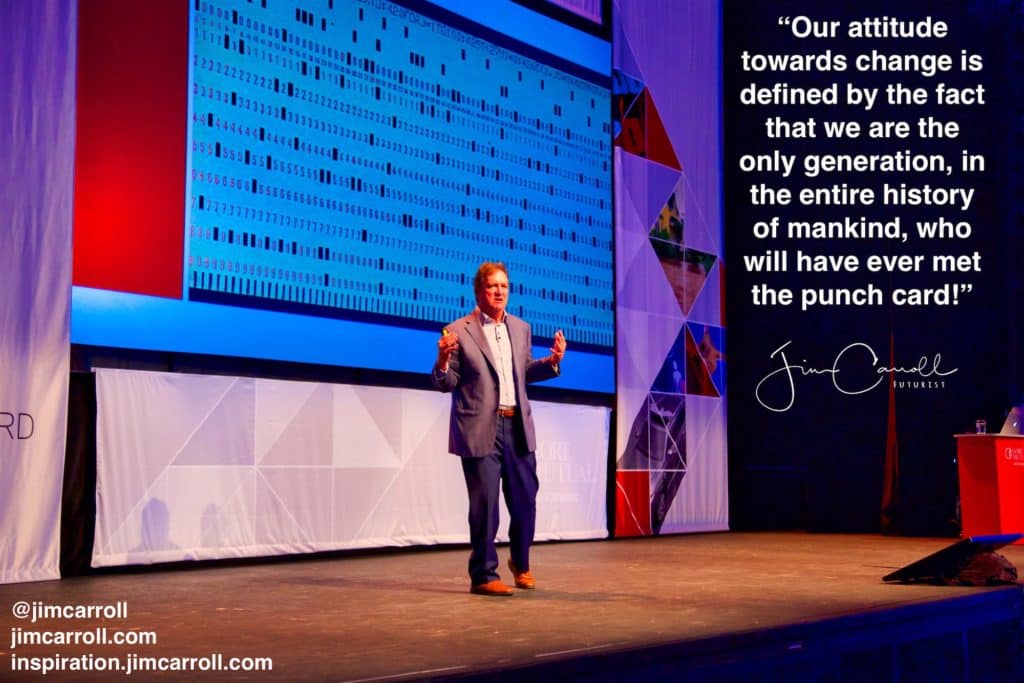 We were weaned on BASIC and COBOL; the nerds of our era were immersed in FORTRAN. We had slide rulers and calculators; Swiss watches and mainframe computers. The Exorcist terrified us in theatres, and American Graffiti reminded us of a simpler time. We lost our minds to the Dark Side of the Moon and In-A-Gadda-Da-Vida. We knew how to change spark plugs and oil, and how to fix a wonky carburetor. Computer games? Lunar Lander, written in BASIC, was about as friendly as it got.

Unlike the technology-immersed kids of today, baby boomers are a very unique generation when it comes to technology and connectivity because they grew up with the unfriendly and complex technology of the times. They never knew a computer mouse in their youth – a stack of punch cards was the interface of the times!  The result was they became distrustful of change, suspicious of speed, and confused by all the new devices that suddenly entered their lives. Ogden Nash captured their mindset perfectly: “Progress is great, but it has gone on way too long.”

In the context of the trends, I’ve previously noted in this series – robotics, virtual and augmented reality, and 3D printing – the newer generations embrace them while later generations are not always terribly supportive. They view their ideas, technologies, and concepts with distrust and suspicion; I took this on in a recent keynote just this year, as I have for many years.

This dynamic will increasingly play out in the workplace and within organizations, and savvy leaders will be those who know how to capitalize on the future opportunity it presents rather than the angst it might cause.

And so with that in mind – what’s YOUR plan?