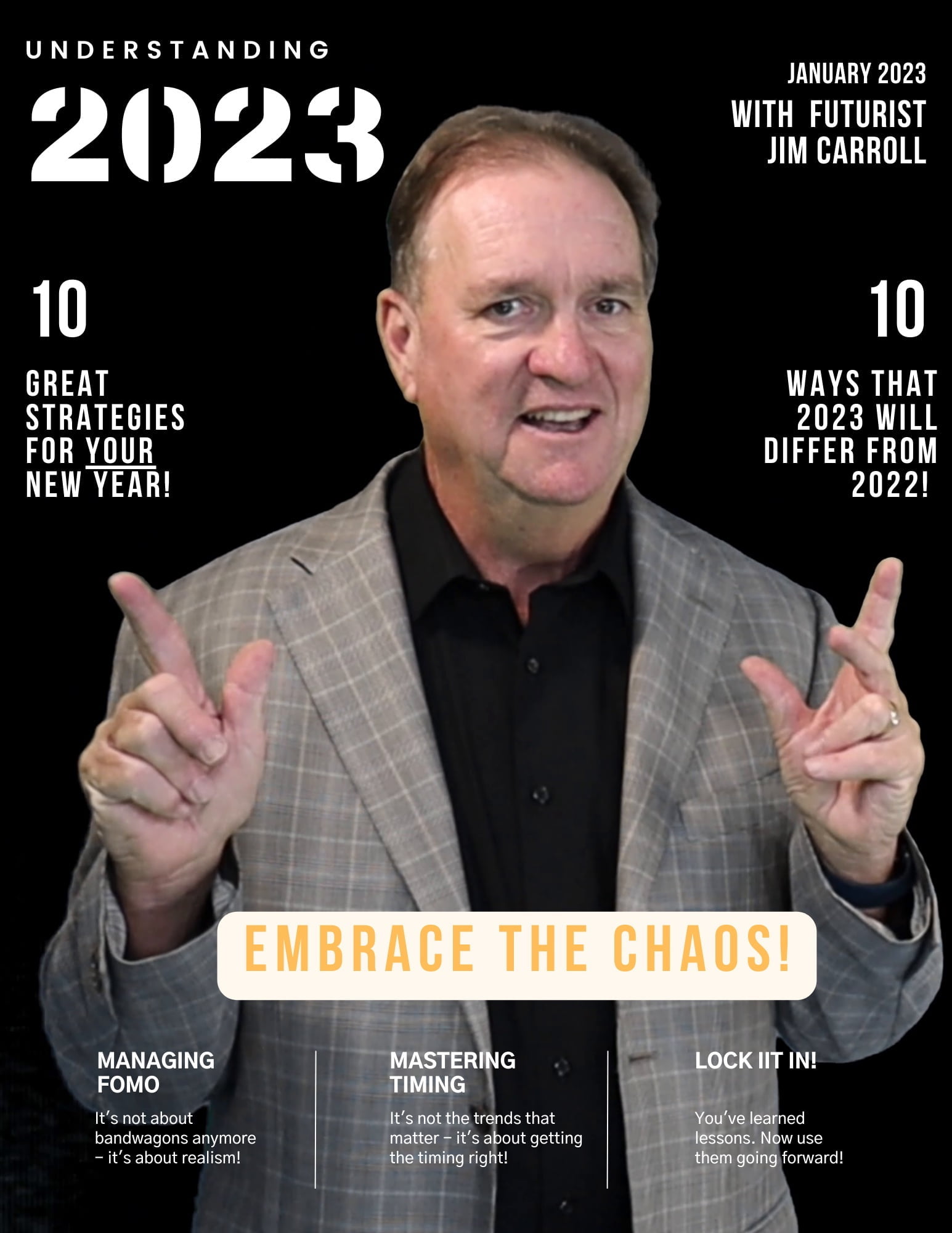 So I’m working on my “10 Great Strategies for 2023” post, modelled on the ‘10 Great Words” and similar lists I’ve done near the end of so many other years.

The list is still a work in progress; at the time I’m writing this, it’s looking like this. But it’s bound to change.

Each of these tells a story; when I write the post sometime later today, it will come to a conclusion.

But I have to say, the first item is firmly implanted in my mind as the key theme and strategy for 2023!

The year seemed to have started with volatility and ended with chaos. We seemed to have moved beyond simple persistent unpredictability to a reality of consistent disarray. The world’s richest and seemingly smartest man has descended into some sort of wild madness. Multiple airlines including Southwest in the US and Sunwing in Canada seem unable to manage past their meltdown. China has gone from trying to contain a virus to letting it run freely, causing governments around the world to once again utter the phrase ‘travel ban.” Weather patterns are such that the city of Buffalo, NY, known for extreme snow events, has redefined the idea of an extreme snow event and yet days later, is dealing with a flood risk! Getting elected in the US? It now involves coming up with an entirely fake persona and fictional background – and having many in the Republican Party actively seeming to praise you for doing so.

We seem to be drifting into a world in which the unexpected becomes routine, the ridiculous becomes ordinary, and unpredictability becomes unpredictable. With that in mind, If we had to deal with volatility in 2022 – one of my key themes for last year – we’ll have to move beyond that and prepare for extreme volatility. In other words, continual chaos.

Some years ago, former director of the CIA Leo Panetta made the comment that we are going through a ‘steady diet of chaos.’ That phrase caught my attention! He said that in 2018 – that era seems quaint compared to where we find ourselves in the world today.

But here’s the thing: chaos can actually be a good thing! It’s very easy for people and people and organizations to go into autopilot, fall into a predictable routine, and let normalcy drive their day. And chaos, when it comes along, shakes up their complacency. Whether it’s a disruptive rebel coming into the industry, an aggressive new leader with bold new strategies, the arrival of new industry challenges, or global geopolitical uncertainty, chaotic volatility shocks people into waking up to how quickly their world is changing around them!

Consider this – e-commerce was inevitable until Covid made it mandatory. Chaos drives change, innovation, adaptation, and transformation.

And that’s why it’s one of my key themes going forward – because it is an opportunity.