Daily Inspiration: “Our memory of why they fought is our most important responsibility to the future” 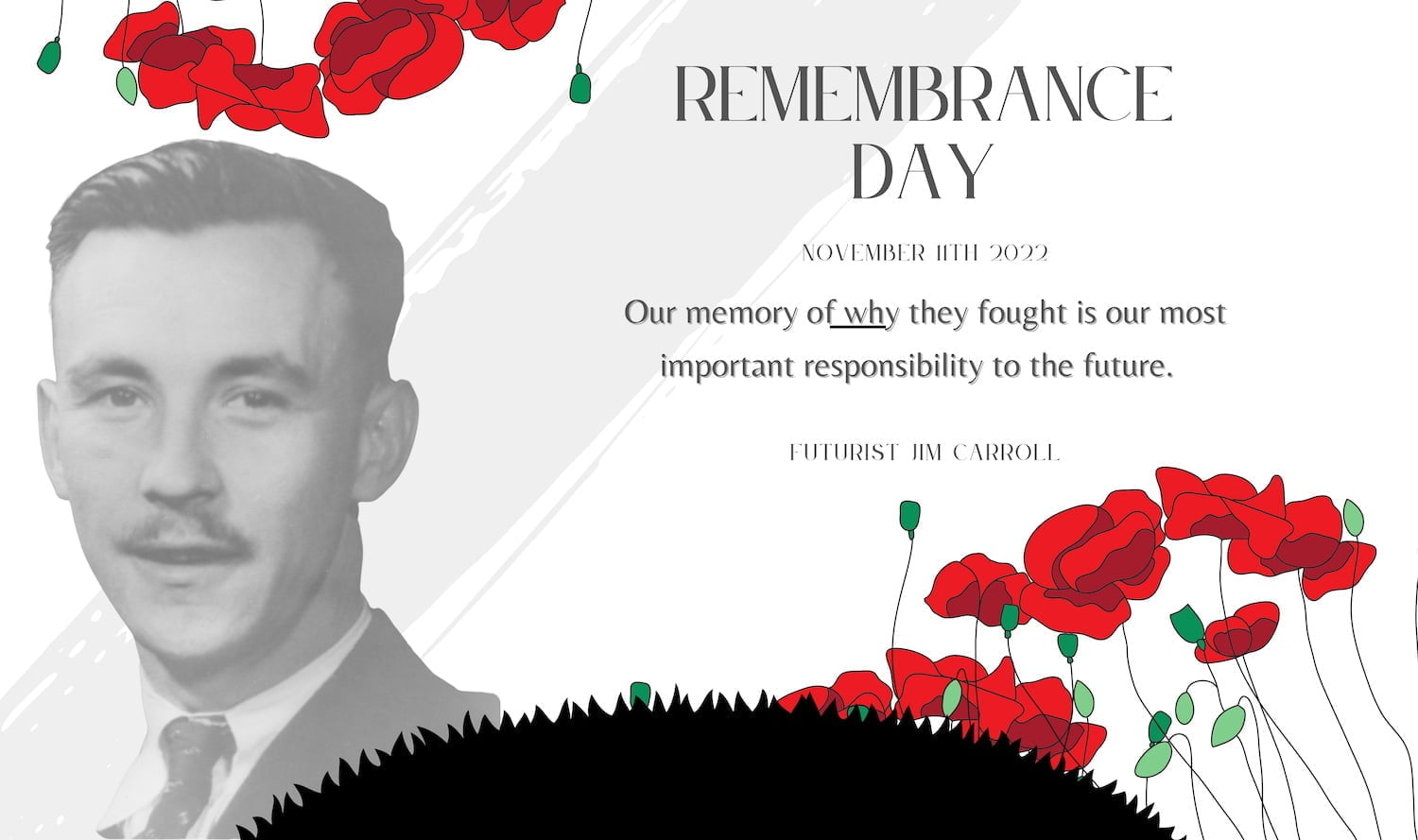 My dad was a vet.

In his final years – he lived to the age of 73 – he yelled at the TV a lot when he saw news he did not like.

Were he still alive today, he would be yelling at the TV a lot; he would be horrified by some of the news he would see today. I’m not sure he would still have a TV; he might have tossed it out the window. That’s because he would have recognized that was living through a period of time that might see the actual disappearance of the democracy that he put his life on the line for.

Millions of men his age lost their lives fighting for democracy. Millions seem eager to throw away their legacy

My recent keynote in Switzerland was broadly focused on the topic of the future of risk; I covered risk issues around technology, acceleration of trends, and other things. But to cover the geopolitical side of things – Ukraine, global political movements, and more, the client brought in Anna Applebaum. 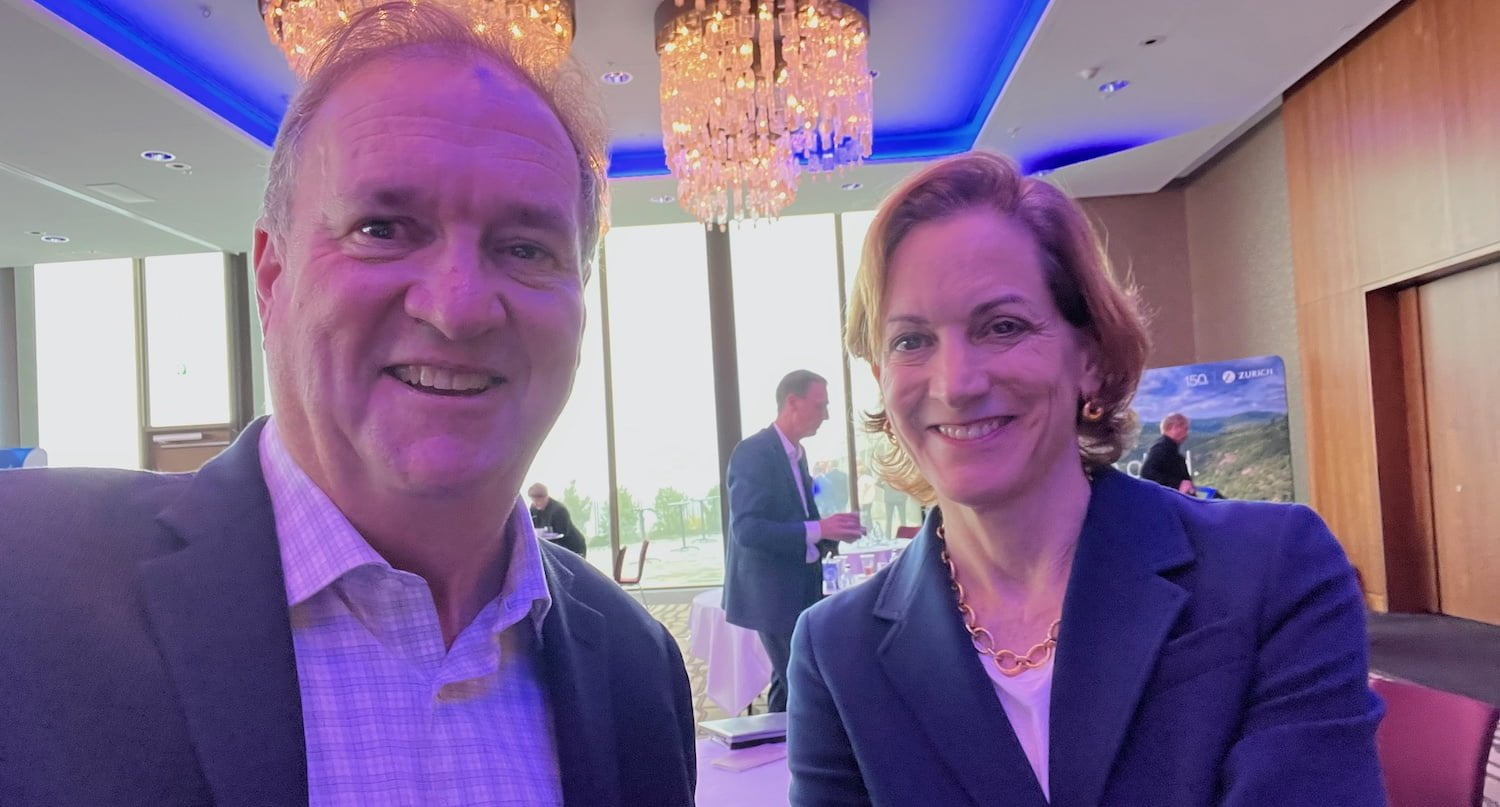 I don’t why I am smiling in the picture – her keynote scared the hell out of me.  Maybe because it’s always a thrill to meet fellow speakers who you will be sharing the stage with. (I watch very few other speakers at the events at which I speak, but I made a point of staying and listening to her.)

She has quite the background: notes her Web page:

Anne Applebaum is a staff writer for The Atlantic and a Pulitzer-prize-winning historian. She is also a Senior Fellow at the Johns Hopkins School of Advanced International Studies and the Agora Institute, where she co-directs Arena, a program on disinformation and 21st-century propaganda.

A Washington Post columnist for fifteen years and a former member of the editorial board, she has also worked as the Foreign and Deputy Editor of the Spectator magazine in London, as the Political Editor of the Evening Standard, and as a columnist at Slate as well as the Daily and Sunday Telegraphs. From 1988-1991 she covered the collapse of communism as the Warsaw correspondent of the Economist magazine and the Independent newspaper. 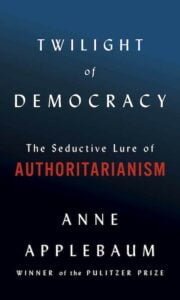 Her most recent book, Twilight of Democracy: The Seductive Lure of Authoritarianism is a very scary but remarkably prescient book. Reading it before our trip, I could only get through one chapter at a time.

My wife asked me why; I responded that it depressed the hell out of me.

Given that, I would highly recommend that you read it.

I believe we need to be scared; I do not believe that the recent warnings around the US election were a bunch of posturing fluff. And as her book lays clear, the US situation is not an isolated one; democracy is under attack worldwide. Whether it will survive is an open question. It’s up to us and to each generation that follows.

We need to remember that today, on this Canadian Remembrance Day (and Americans Veterans Day, and all other nations that pause to remember.)

Our current political environment calls into question the legacy, sacrifice, and effort that was made by the Greatest Generation. It seems that too many are far too eager to throw away everything they stood for.

Alfred Leon Carroll enlisted on Oct 10, 1939, in Halifax, Nova Scotia, and was assigned to Princess Louise Fusiliers, a well-known Canadian army regiment. Looking at his war records, it’s pretty evident that he had a bit of editorial license with his birthdate, indicating that he was 18 years old. He would only become of legal age to enlist one month after actually signing up – he was but 17.

Such was the eagerness of those in the Greatest Generation to fight in a war against fascism and tyranny.

His war records showed that he was a signals operator – a radio guy – on a motorcycle – and as a “Driver/Operator.” This is kind of ironic given that his original biological dad died at the age of 25 when my dad was 3 – in a “Ring of Fire” motorcycle stunt that did not go well. I tell that story here: A Thanksgiving STory – Discovering my Biological Grandad, a Stunt Motorcycle and DNA

A Thanksgiving Story : Discovering my Biological Grandad, A Stunt Motorcycle and DNA

As with many vets, he did not talk about his service much – it was always radio silence. He would just go quiet, lost in his thoughts; he served in the Sicily campaign and then into Italy; then France, and finally in the Netherlands on VE Day. I remember asking him once if he shot anyone or if he witnessed anyone die; he would just be quiet and stare into the distance. He spent 6 years of his young life in the service of his country; he then returned home to establish a career as a chemical engineer and father to eight.

The war was a topic of which he would not speak, until the final years of his life. Just before he died, he was active in a Canadian Legion program to help the next generation understand the sacrifice of those previous. A local TV station in Halifax filmed his story. I’ll share that here, and let it speak for itself. Please watch it. Please share it. 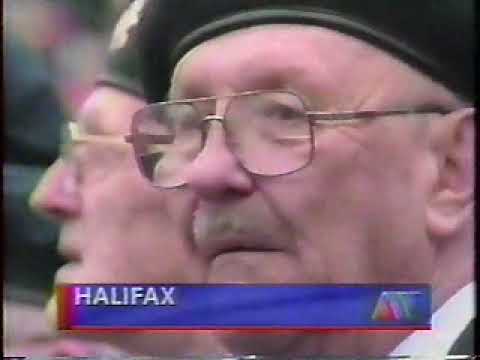 Here’s a longer version with some of the other veterans who participated. 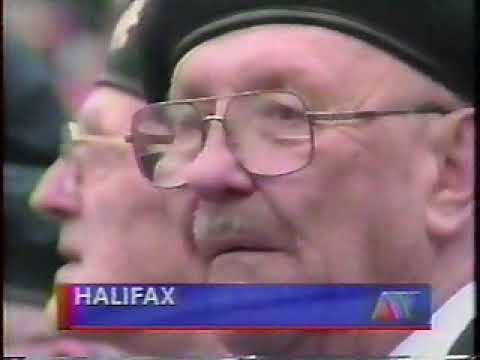 I am horrified at the thought that we might actually be on the precipice of a time in which we throw all of this away.

I fear for our future.

We need to remember – and need to make sure that EVERY generation yet to come learns and remembers. 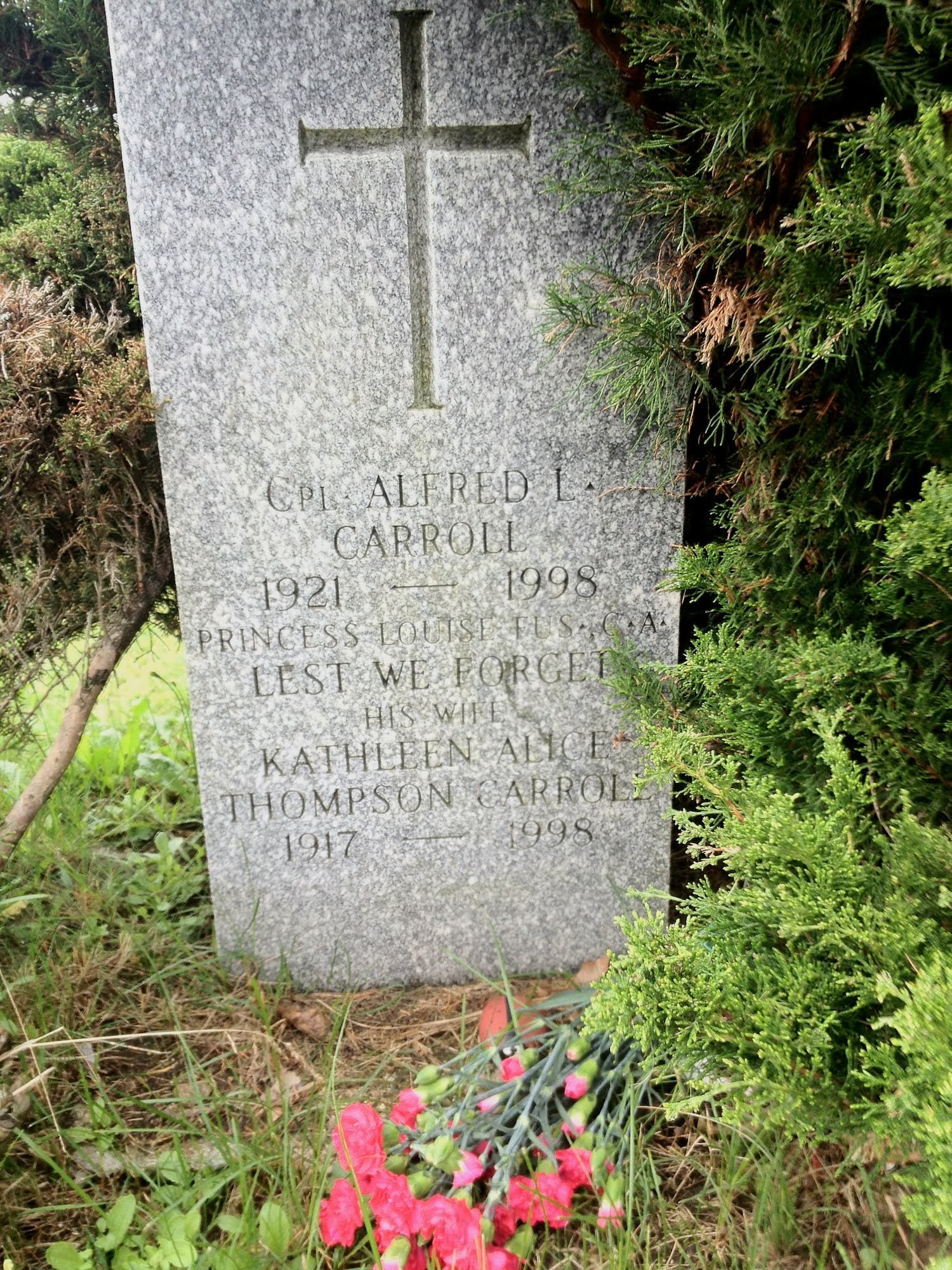