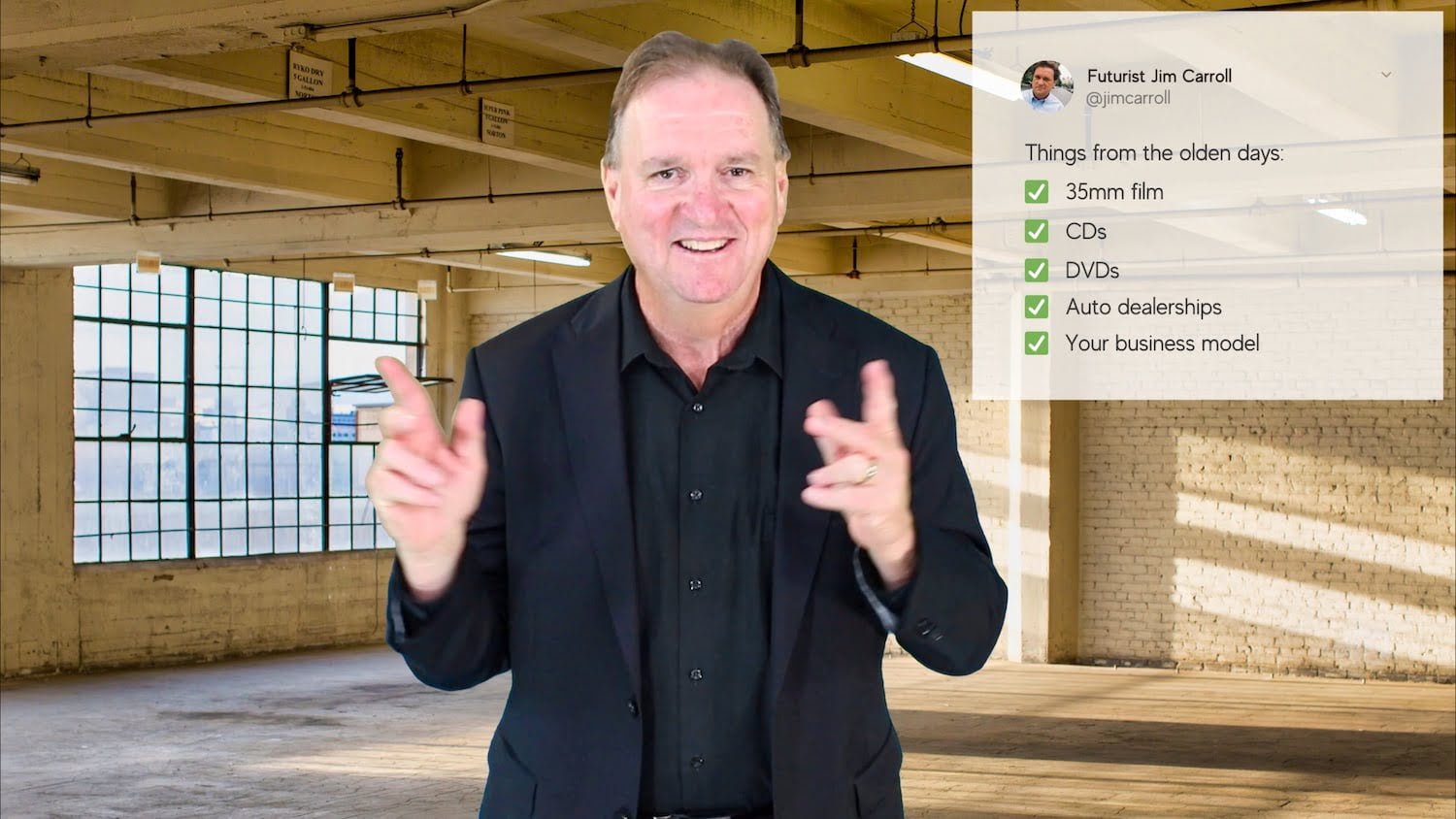 If you’ve been following me long enough or have seen me on stage, you will know that I often tell the story of “Things from the Olden Days” – it goes way back to the early part of the ’00s when my young sons were discovering some of the things from my life that were to them from ancient times. CDs, DVDs, 35mm film, TV guides, and more.

The story was used to great effect to explain why this next generation is unlike any we’ve seen before, while also putting in perspective in a fun fashion why our world is speeding up. Here’s a really old version from ‘back in the day.’ 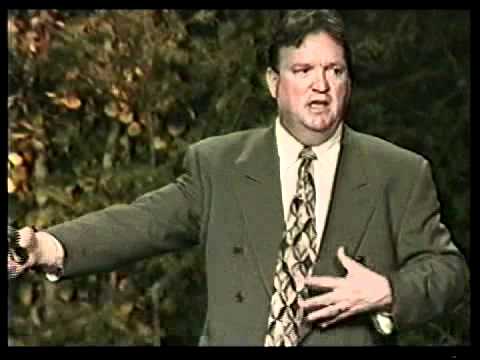 Fast forward to the essence of today’s quote – essentially, auto dealers are a doomed species – and that fact paints the way forward for many other industries going forward into the future. Back in the 90s, we had a phrase for this – ‘disintermediation.’ The idea is that new business models render the role of the middleman irrelevant in many industries. Their role either disappears or needs to evolve in new and different ways to keep up with the impact of technology and changing consumers. Why would you buy car insurance from a broker when Tesla now offers it directly in some states based on real-time driving performance? Why buy a Peleton from a fitness store when you can buy it directly from the company? (Hint: you can’t do the former.)

Auto dealers? Their business model is old, irrelevant, and rather useless in the era of the electric car – battery-based vehicles require little servicing, rendering a huge amount of their revenue irrelevant. Not just that, auto companies have seen the future with the Tesla online sales model – no muss, no fuss, predictable prices, with the elimination of a huge amount of revenue to a middleman that adds little value to the overall transaction. And so a marker has been thrown down. 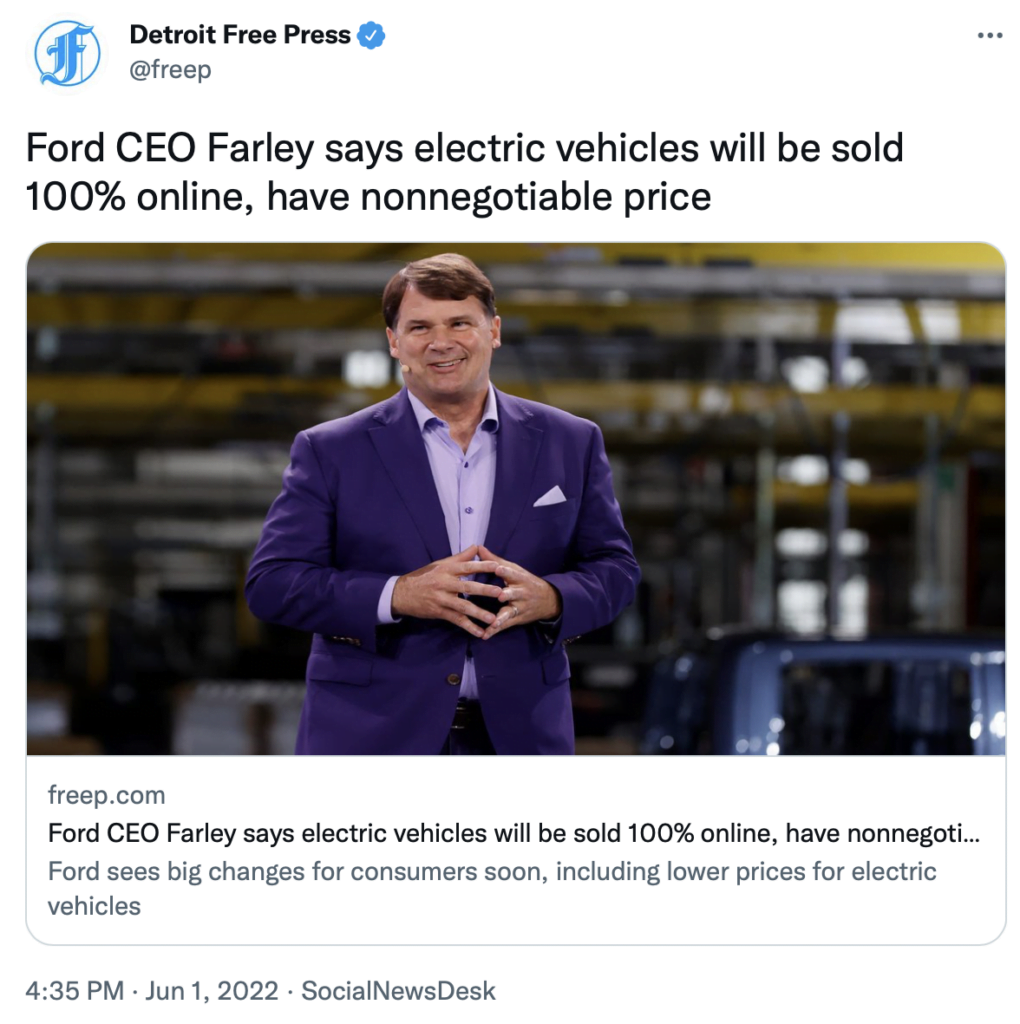 Will this happen? More than likely, but right now we are in the midst of a grand battle between automotive companies who want to sell their vehicles direct to consumers – just as Tesla does.- and vast, entrenched, and powerful dealer networks who want to ensure that a business model created in the last century plays a role in this new one. Hint – it won’t, despite the fact these business models are entrenched in many state laws.

But here’s the interesting thing – the battle is playing out in various ways. There is such pent-up demand for electric vehicles that some dealers are marking their vehicle prices up by insane amounts and pocketing the difference. Ford and others have promised to put an end to that. These are tense ties in the industry. 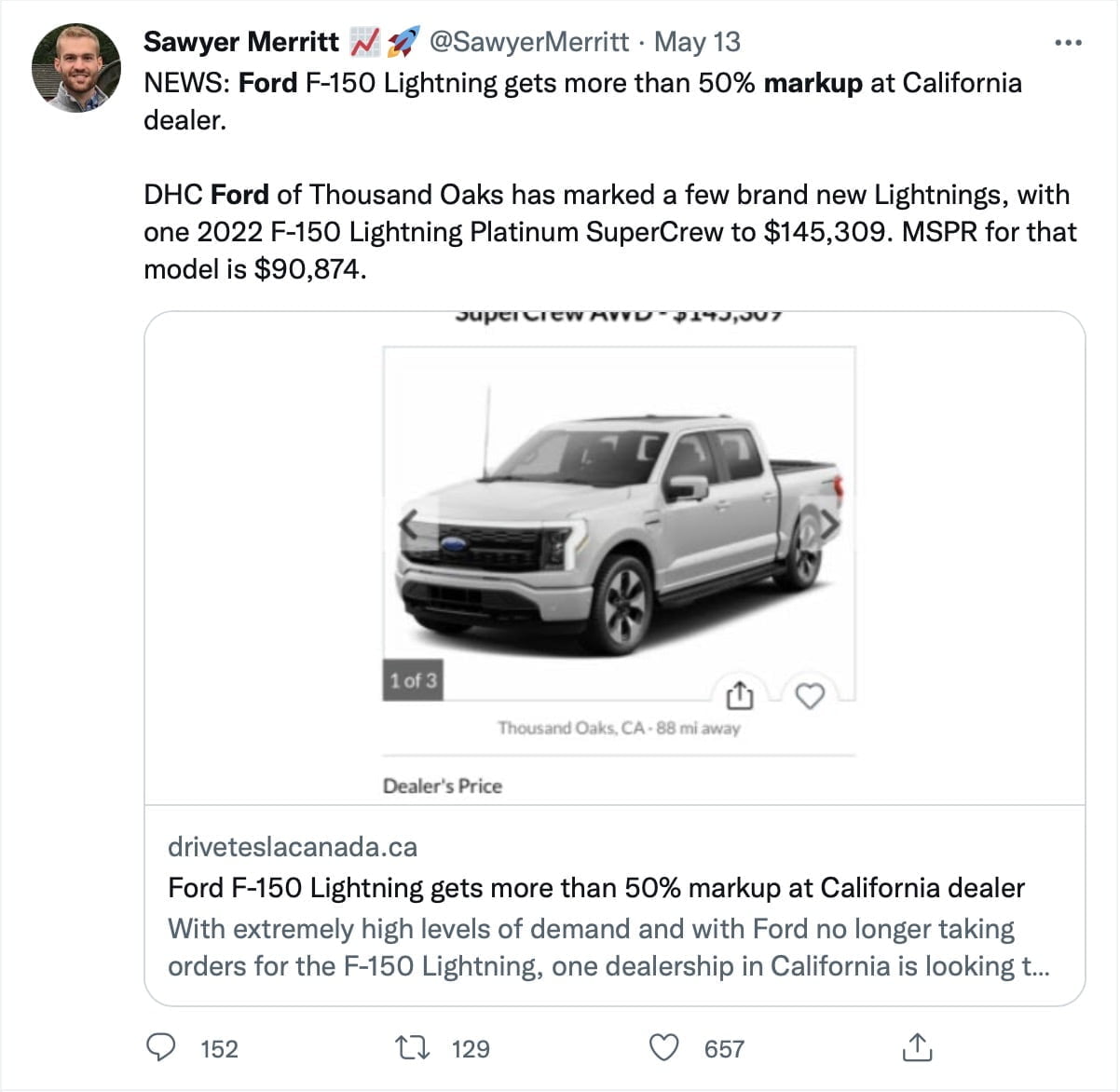 How will all this play out? I have a running bet with a leading auto journalist that we will see more than 50% of automotive sales in North America occur online by 2030. I’m not quite sure if I will win and might need to buy him dinner, but the only thing I am getting wrong is the timing. On the other side of the bet, we have John Voelcker, an auto reporter + analyst, and a Contributing Editor with Car and Driver – someone who knows way more about the automotive industry than I do. He is pretty convinced it won’t happen because of the entrenched political power of dealer networks – but I am convinced I will (eventually) because I do know business model disruption. The only thing I will get wrong, maybe, is the timing!

In the meantime, it’s fun times within this war. Read this article for how crazy things are getting out there! -> https://insideevs.com/news/590922/ford-f150-lightning-markup/ 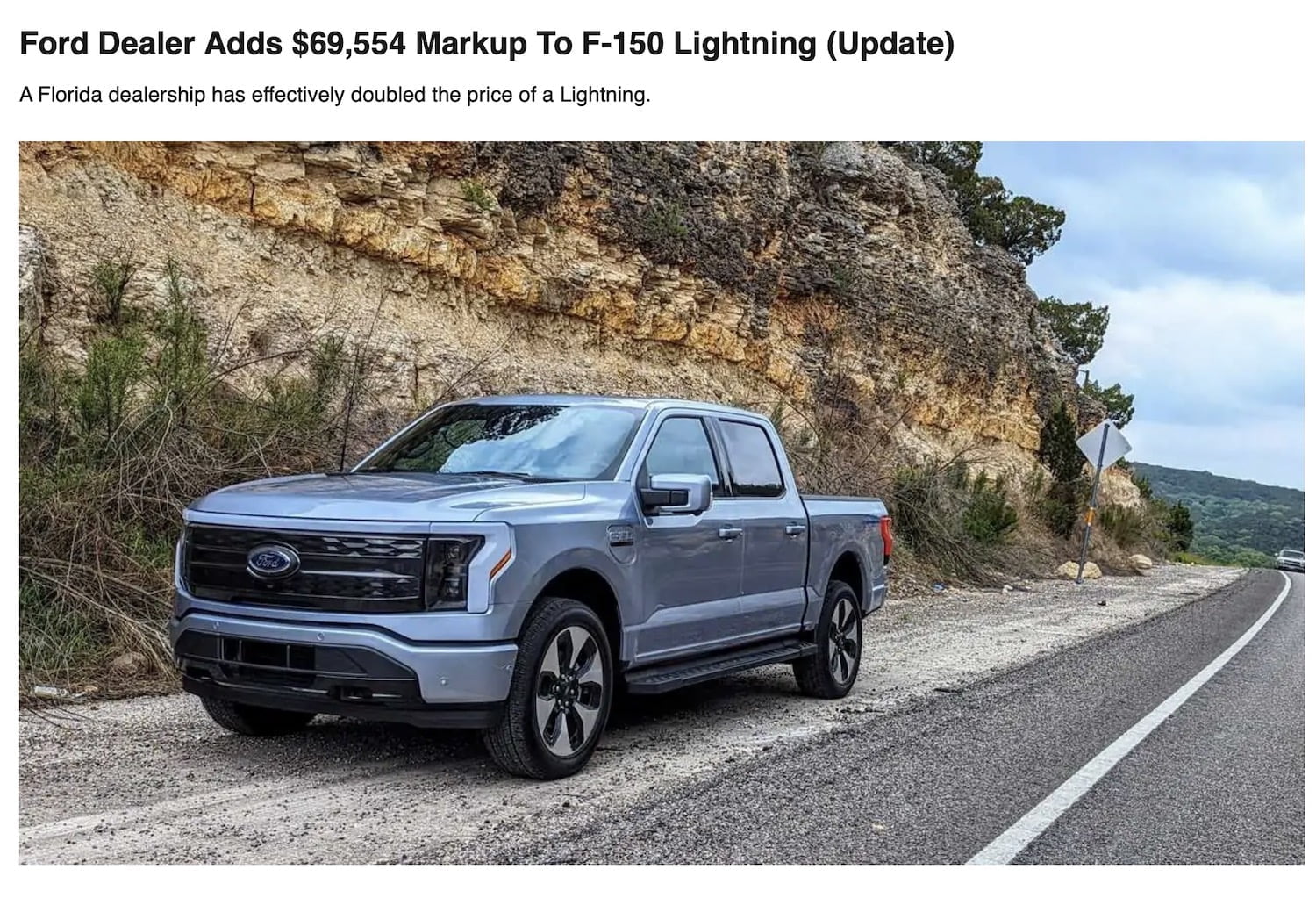 Why will I win the bet? I often explain it on stage – we’ve been here before. After all, folks who sold caskets online in the early days of e-commerce ran up against funeral home directors and state associations! 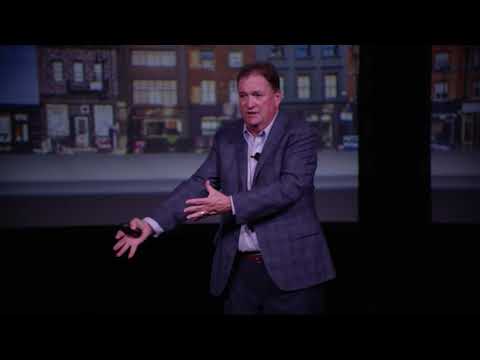 Why will auto dealers disappear, and what does ths imply for busiess models in other ondjustries? Because our world is acceleraitng, new ideas and new technologies are comig to the forefront, and the ‘old way’ of doing things often doesn’t add value in our new world. Here’s a clip where I’m explaning the issue of speed and issrption to an audience. 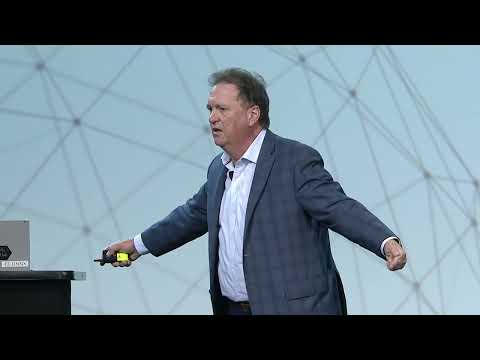 Need more convincing? I’ve got a clip based on a web page – https://disruption.jimcarroll.com – that explains ’24 reasons why your company might die before you get old!’. This is the basis of disruption. 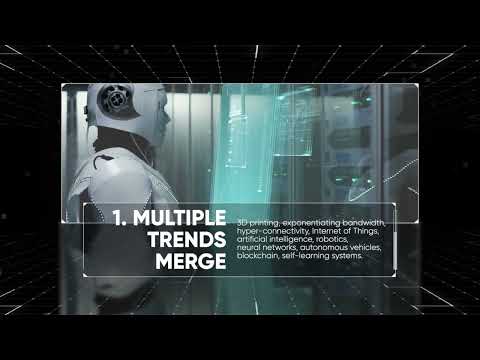 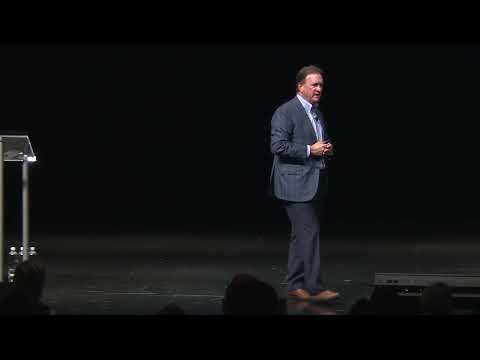 Quite simply, old business models don’t cut it in this new world, and the faster that people recognize that reality, the easier it is for them to transition to the new, next business model!