Daily Inspiration: “Technology & the future: together, they have an amazing ability to enlighten and enrage us at the same time!”

“Technology & the future: together, they have an amazing ability to enlighten and enrage us at the same time!” – Futurist Jim Carroll 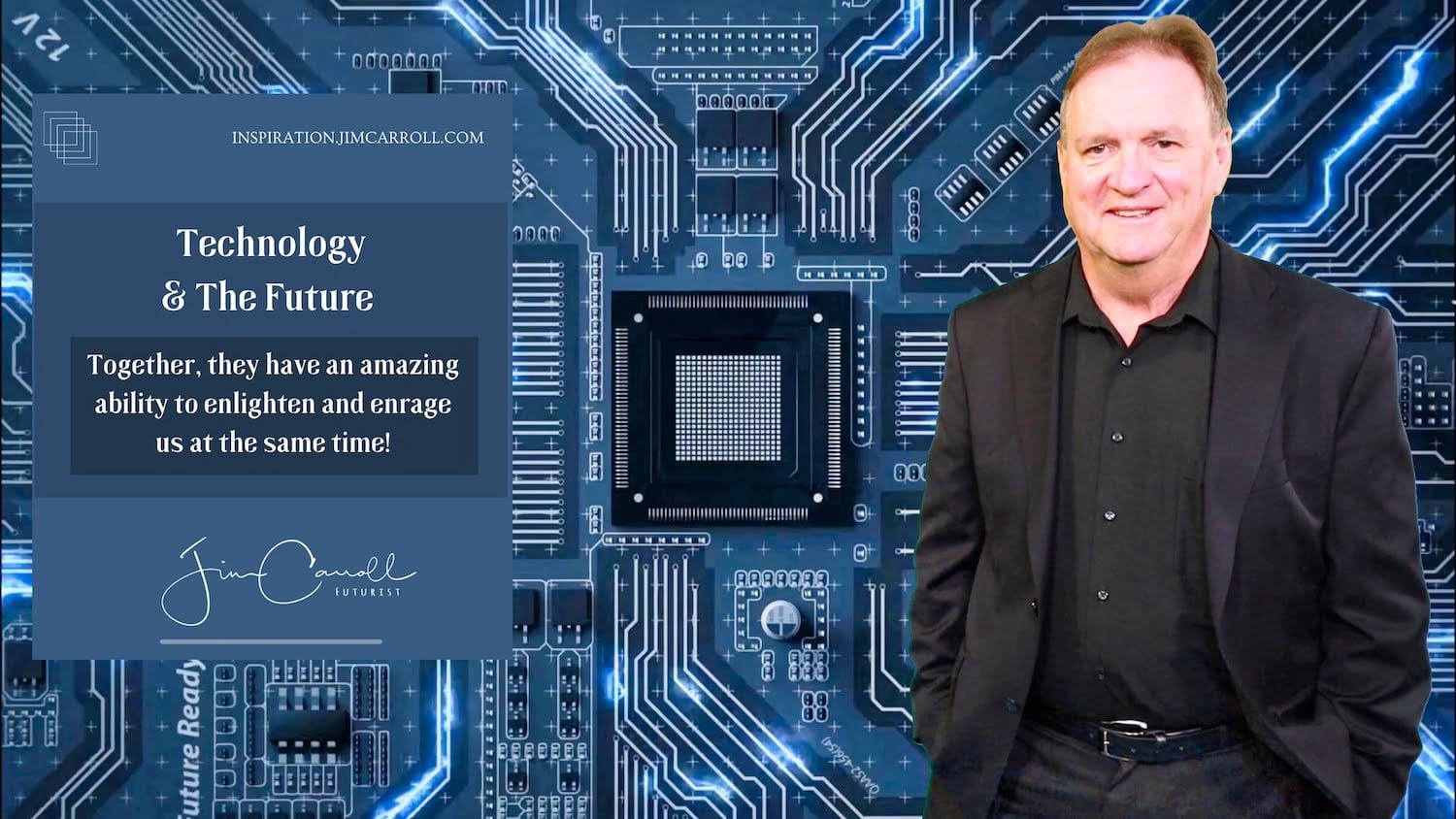 Let’s face one deniable fact -at the same time that the future is rushing at us, it hits us with the relentless frustration that it can cause. While there is much promise there is also peril – the future isn’t always easy! In fact, it can be downright infuriating, maddening, frustrating, appalling incomprehensible, and enraging all at the same time.

Throughout my career, I’ve covered not only the trends that will define what’s next and what we can expect once we get there – but also the challenges that will occur along the way. Much of this has had to do with the often unique and sometimes painful experiences that we as humans face when confronted by technology that is ill-conceived and badly designed. Today’s moment in time finds us mystified by who dreamed up the clunky interface in our car dashboard, the error message on our computer that makes absolutely no sense, or a microwave that has a user interface that seems to be from another planet.

We are surrounded by technology that is designed by technologists who seem to have given little thought to the fact that the user should not need to have a degree in computer science merely to use the product. It is only going to become worse as our cars become computers on wheels, hyperconnectivity invades our kitchen, and our home HVAC system becomes an interconnected energy micro-grid. If they can’t make our computers drop-dead simple to use, how can they expect to master the reality of the future? I’ve covered this in many ways – for example, car companies today are failing miserably at the simple process of designing cars. Smart TVs? They’re anything but smart – read this post for my excoriating comment on how badly these industries are doing in designing for the future.

Trend: The Future of the Automobile and Automotive Retail

Your car dashboard of today? Essentially, it’s LOL! Read this post and watch the clips.

I’ve long covered this issue on stage – in this case, my audience of several thousand had a huge amount of fun as I took them on a voyage into the future by looking at the past. Here’s a brief moment in time as a man reacts to the latest technology-induced frustration that is a part of his life.

The clip I used on stage? This floated around the Internet in the late 90s – no one knows if it is real or staged, but the anger is palpable!

I’ve been so intrigued by the painful voyage we have had with technology that in 1997, I got serious about it, resulting in a book my wife and I worked on together, and one which to this day I am most proud of — Surviving the Information Age. 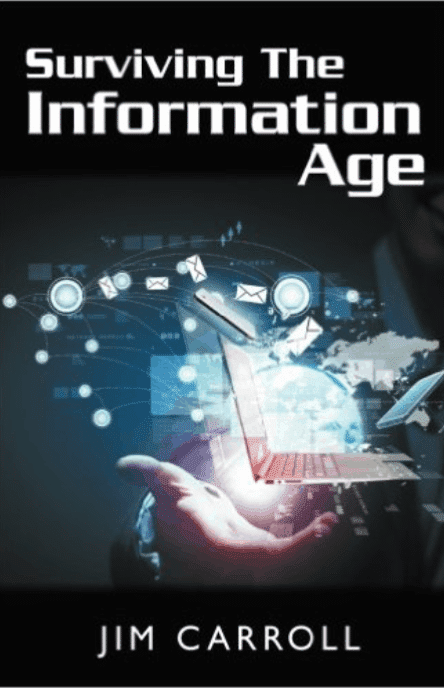 Although it’s a bit dated, I still think it’s a great read! That’s because of the unique stories it shares of a generation that was often terrorized — by COBOL, punch cards, and computer mainframes.

We brought it back into print a few years ago, and it’s available as an eBook or in print on Amazon, and as an iBook for your iPhone or iPad on iTunes.

Christa and I spent *a lot* of time on research for the book, digging out articles from libraries with articles featured in Readers Digest, Time Magazine and other publications from 1960 to 1975. Unique stories on a period of time that no other generation in the history of mankind will ever have to go through.

Here’s the back jacket copy:

Whether it’s HAL the murderous computer from 2001: A Space Odyssey or billing systems demanding payment for $0.00, baby boomers have grown up with a simple message — computers are not to be trusted! We are skeptics, but let’s face it, we know our discomfort with technology is leaving us behind as the world of work and leisure changes. It’s no longer something we can afford to ignore — quite simply, we must adapt to survive the dramatic economic change arising from an increasingly wired planet.

Originally published in 1997, Jim Carroll’s Surviving the Information Age is an engaging, humorous and non-technical account of the challenges that baby- boomers faced in the early days of the computer revolution. With today’s hyper-connected world of Twitter, YouTube, Instagram, and Facebook, it’s all too easy to forget just how strange the early days of the computer revolution happened to be. The book takes a fascinating look back at what happened when technology first began to invade our lives – and the challenges and opportunities that it presented along the way!

And so we of a certain generation find our voyage to be painful at times. But here’s the thing – the kids of today simply do not understand how unique we are, and the voyage that we have traveled. I captured the essence of this reality during the same event.

We live in interesting – and challenging – times!