Daily Inspiration: “Every great invention was once, at many different moments in time, a continuous experimental failure!”

“Every great invention was once, at many different moments in time, a continuous experimental failure!” – Futurist Jim Carroll 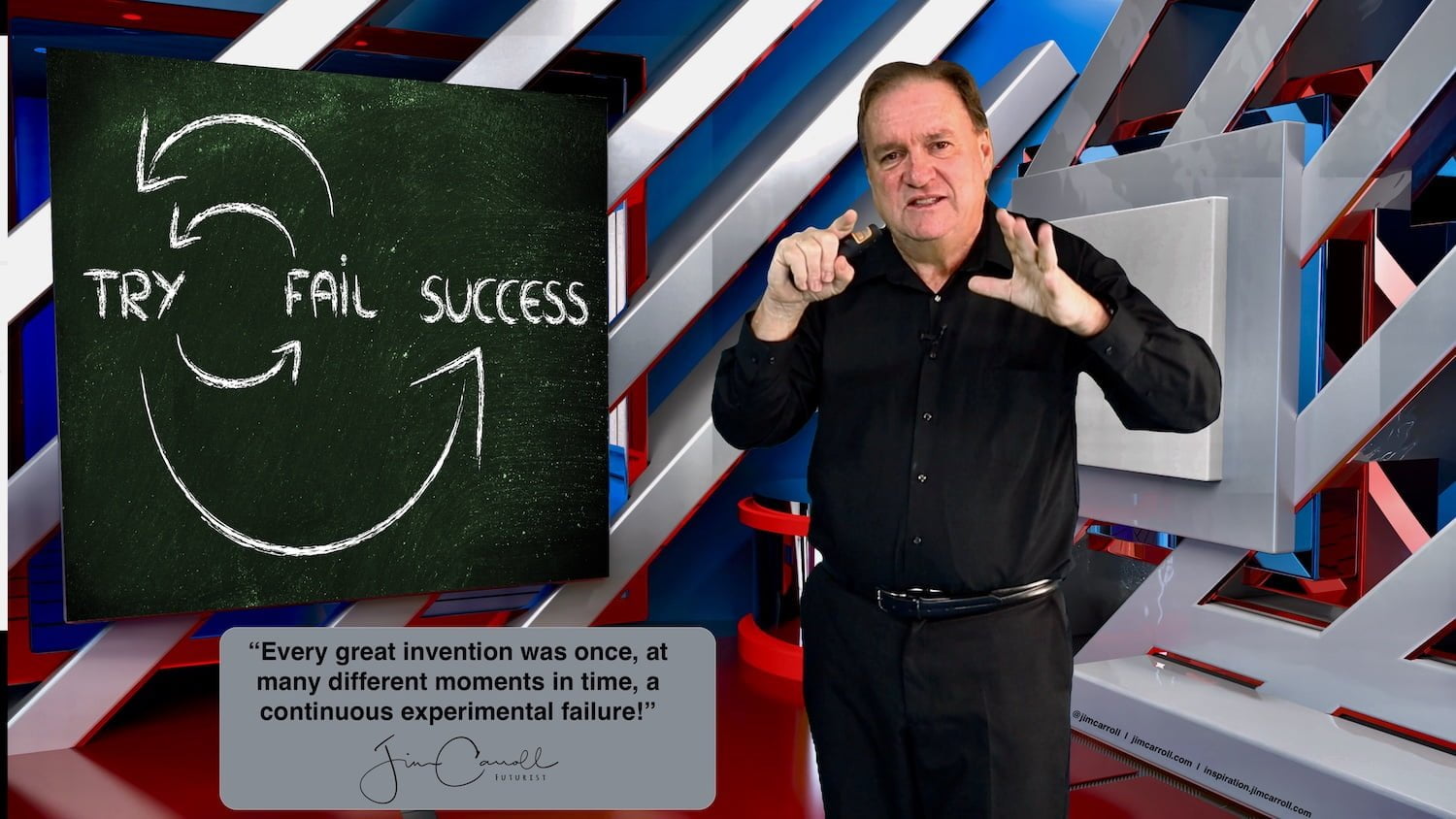 Robert Goddard launched a lot of rockets – and many crashed to the ground in an epic burst of flame. The early American space program followed the tradition, leading to the famous observation in the book The Right Stuff – “our rockets always blow up!” Space-X followed the same trajectory for a time …. until it stunned the world by landing a slightly used rocket, upright, on a ship in the ocean.

Everything we know about the space program tells us what we need to know about our path to the future.

Success doesn’t come to those who avoid risk – it avoids the timid.

Success is built on the foundation of many iterative failures.

Knowledge comes from committing to a series of repetitive but slightly different mistakes.

Experiential capital – the cumulative wisdom gleaned from the relentless errors of determination – is the new capital for the 21st century.

The future belongs to those who are willing to put in the effort to explore the edge of their imagination, with full knowledge that what they might discover in their effort to do so will condemn them to but a moment of panic – until they decide to move along and try to do it again.

Look, we live in extraordinary times – to continue to succeed it is to be willing to commit yourself to the boundaries of your knowledge, prepared to fill in the missing gaps through the experience you take on. There is no way to accomplish that other than by trying to do the things you haven’t done before – and seeing a few things go wrong along the way. Until you almost get it right the next time.

Why? Because if you don’t invent your future, someone else will. I wrote a long blog post the other day titled ‘101 Things We Know About Our Future’ – An Esoteric List of Things That Are Happening Now and Next!” In it, I made this observation – among 100 others.

Right now, someone has the perfect idea in mind to put your business model into a death spiral – and you might not notice till it is too late

You might give it a read. And start to fail a bit more – it’s good for you!