Daily Inspiration: “Disruptors never focus on trying to bring back the old ‘next’ – because they know they’ll find the future in some unknown new ‘next.’’”

“Disruptors never focus on trying to bring back the old ‘next’ – because they know they’ll find the future in some yet unknown new ‘next.’’ – Futurist Jim Carroll 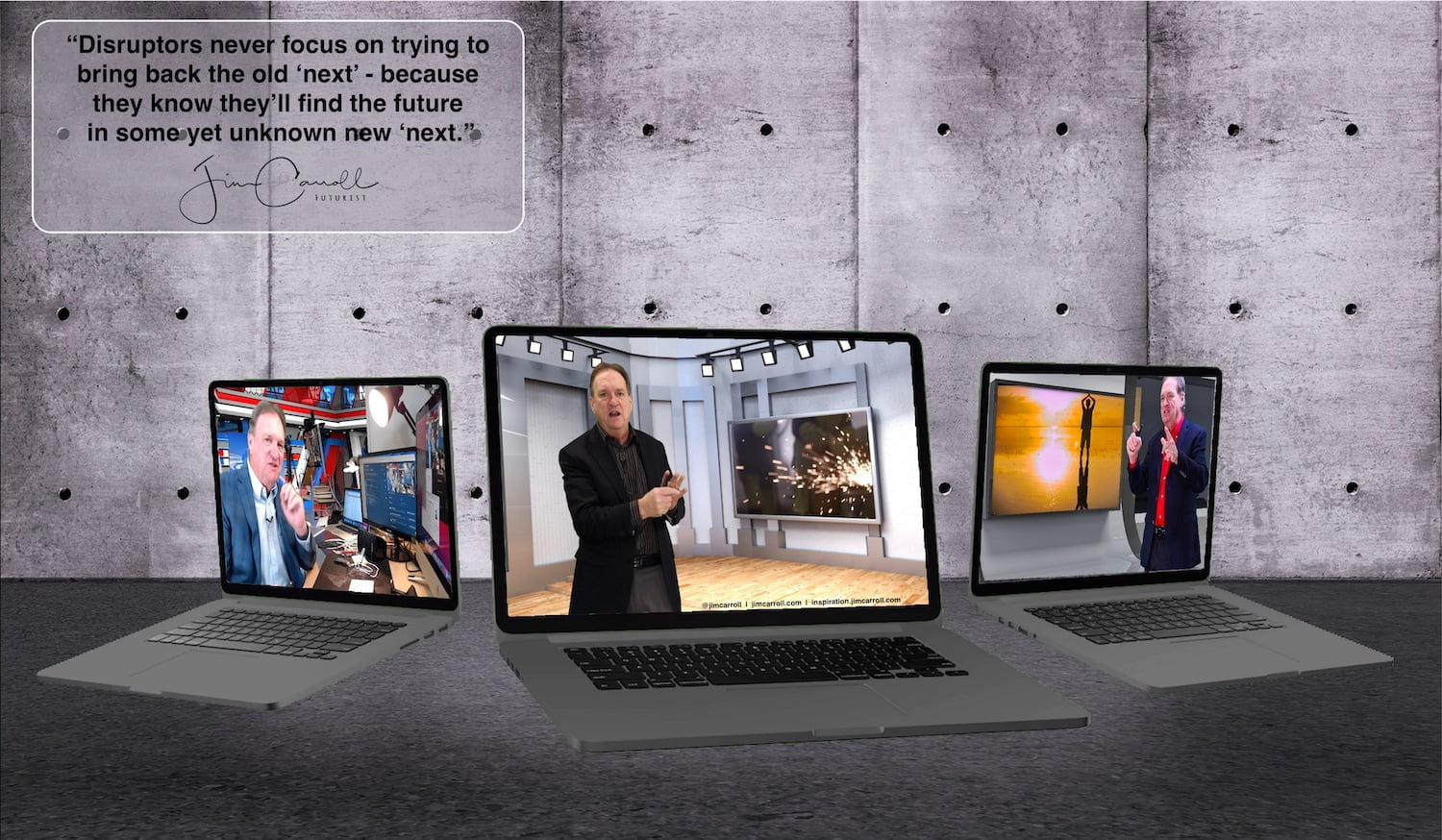 Such are the phrases that are running through the minds of many as we stare, dumbfounded, at a new season of societal complexity, unfolding at speed around us.

Once again, we don’t know where we are going but we are making great time!  In that context, acceptance is the root of all innovation! What’s next? What should you do about it? What is the path forward?  Once again, while we might not have the faintest idea, we do know that yesterday is gone and that we’ve got to be a part of what tomorrow might bring – whatever that might be!

To that end, my attention was caught by a post I recently saw float by my LinkedIn feed about the industry which has defined me for 25+ years by a fellow named Nick Borelli: 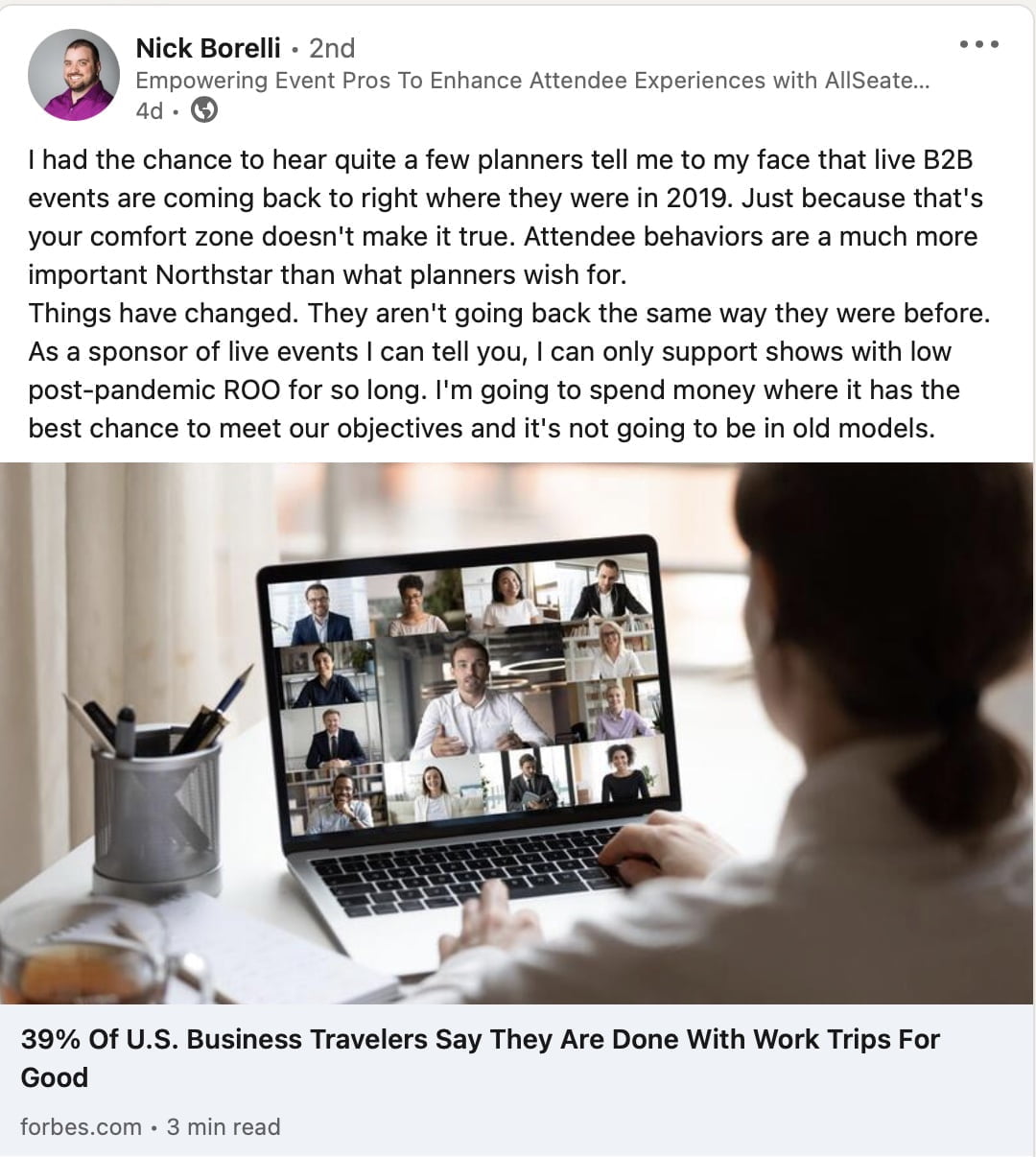 I had the chance to hear quite a few planners tell me to my face that live B2B events are coming back to right where they were in 2019. Just because that’s your comfort zone doesn’t make it true…..Things have changed. They aren’t going back the same way they were before. …I’m going to spend money where it has the best chance to meet our objectives and it’s not going to be in old models.

And reading that, I immediately wrote down “it’s often better to continue to try to figure out might be the ‘new’ next, rather than continually trying to resurrect the old ‘next.’”

Just because you want your old future back, doesn’t mean you can have it back. Acceptance of reality is the first step in reinvention!

So as we go again, so we reinvent again!

Doubling down on what’s next, whatever the heck it might be!