Daily Inspiration: “Arrogance and Hubris: An ingrained attitude of invincibility that leads people to the belief that “we don’t need to do that right now.”

“Arrogance and Hubris: An ingrained attitude of invincibility that leads people to the belief that “we don’t need to do that right now.” – Futurist Jim Carroll 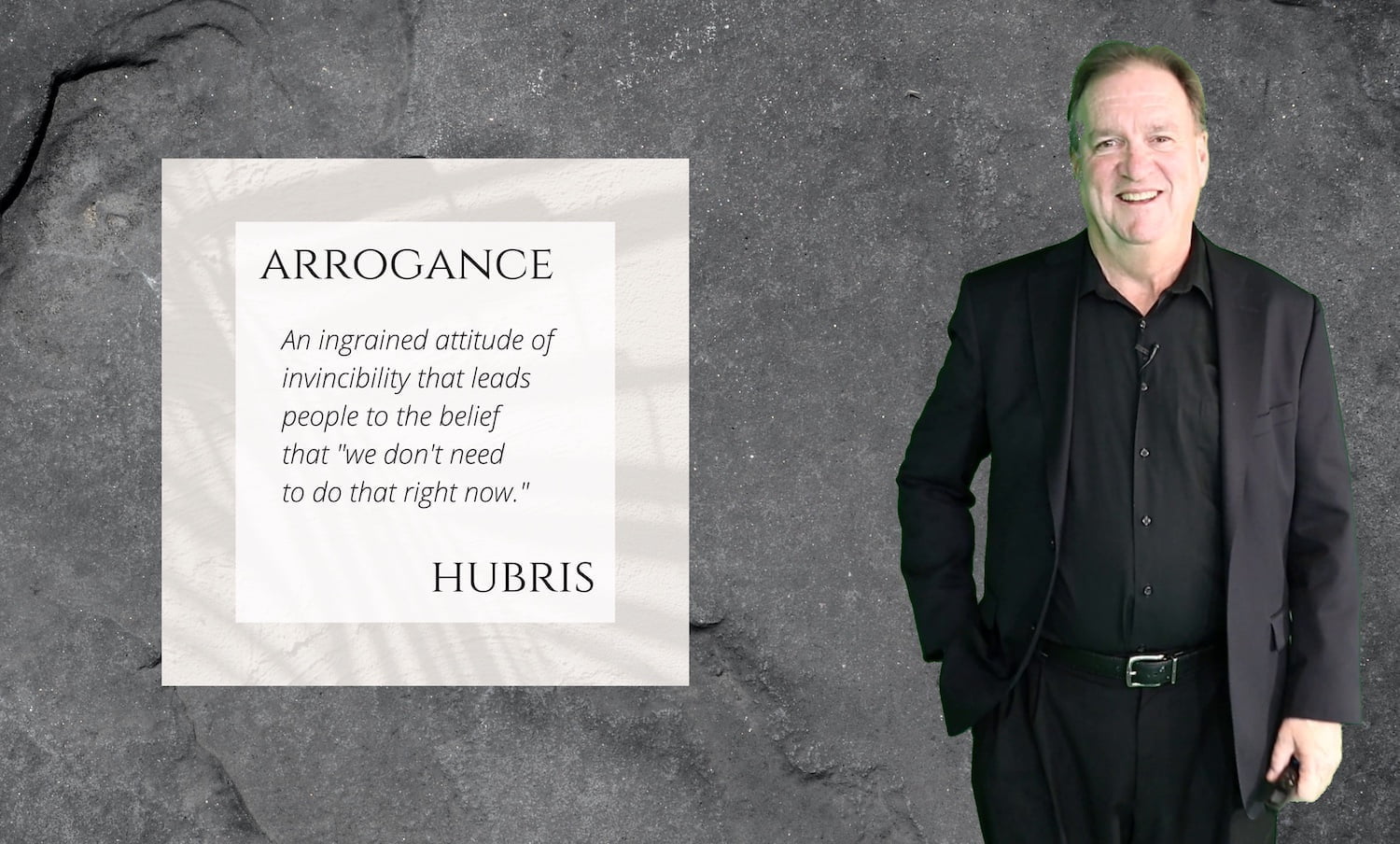 What does it mean when your CEO says “we don’t have to do that right now?” It probably means that you are in pretty big trouble! 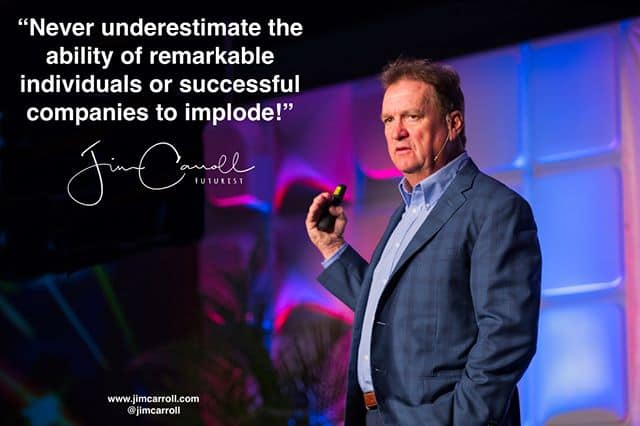 Over the last 25 years, I’ve been brought into an extensive number of Fortune 1000  leadership meetings at a senior level in order to speak about future trends and innovations – simply take a look at my client list to get a sense of who I work with. With this, I’ve seen many top-notch CEOs who know that their organization needs to change – and fast. Often, I will be on the phone with them in advance of the event in order to understand their perspective on the challenges that are in front of them in the era of acceleration.

And on the other hand, I’ve seen situations involving the utmost of CEO hubris – a belief that the industry they are in, the business model they are structured for, and the customer behavior they are aligned to, won’t be subjected to any sort of dramatic change. Which is, to put it mildly, foolish and dangerous!

And I know it is happening when I hear the phrase, “we don’t need to do it right now!” That’s a shocking admission – and is usually predictive of imminent failure.

The stories I could tell! Some years back, I was in to talk to the senior leadership team of a major global company that I will leave nameless. There was a belief, expressed during a number of conference calls with various VP’s, that the organization needed to align itself for the challenges it might face in the era of Amazon business model disruption. The company is in essence, a distributor – a middleman between various manufacturers and the end customers. Amazon could step into and carve out some of the business; this is such a potential threat that numerous organizations engage me for my keynote on the challenge: Disrupting Amazon : Accelerating Strategies for Success in the Era of Industry Transformation. And indeed, that was the topic for which I was booked!

Moments before I went on stage, the CEO spoke, immediately dismissing the idea that Amazon or other ‘upstarts’ might ever be a threat. Let’s just say it made for an interesting if awkward, keynote. The folks who had booked me to come in with palpable with their discomfort.

Today, I’m witnessing the reality of this attitude as the organization is continually buffeted by the vicious winds of disruptive challenges. They might or might not make it – the CEO continues to live in a land of fantasy, it would seem, as there have been no big bold moves to readjust, as far as I can tell. I fully expect that as I watch this organization from afar over the next 5 to 10 years – if not sooner — I will see Amazon and other new competitors begin to chip away at their business; I will witness scores of senior executives leave; I’ll see turmoil and havoc. And at some point, I’ll see the CEO depart the organization, most likely forced out by a Board that realizes far too late that hubris has no place in the world of fast business today.

This is not a unique situation. I often encounter senior executives who carry with them a stunning complacency about their place in the world – a belief that nothing will threaten or challenge them. They might have a great future, perhaps, but the likelihood is that they will follow the path of Blockbuster, Sears, Kodak or others…..

I don’t think we have ever lived in a time that has involved so many trends coming together that have such a potential disruptive impact, and no organization is guaranteed success based on what it has done so far – it can only hope to innovate and change enough to adapt to what comes next. Arrogance is a dangerous thing.

How does such hubris come about? Sadly, it’s easy.

It’s an extreme case where CEO hubris unfolds on stage – it’s only happened 2 or 3 times throughout my career.

Yet, I’ll often see this dread disease in action when I get an inquiry for an event. I’m often contacted by senior executives of global organizations who call to inquire about bringing me in for a critical senior leadership meeting. They’ve expressed to me that they need to deal with business model disruption; the impact of technology on their industry; the rapid emergence of new competitors; or other countless challenging issues; all the usual issues.

And then it goes to the CEO for approval, and word comes down — “it’s not the right time to do this.”

To me, that is often a sign of arrogance, hubris, overconfidence … and eventual failure.

Because right now is EXACTLY the right time to confront your future!

With that in mind, I hit the studio and filmed this.