Daily Inspiration: “It’s when you are thinking about your last mistake that you will make your next mistake!”

“It’s when you are thinking about your last mistake that you will make your next mistake!” – Futurist Jim Carroll 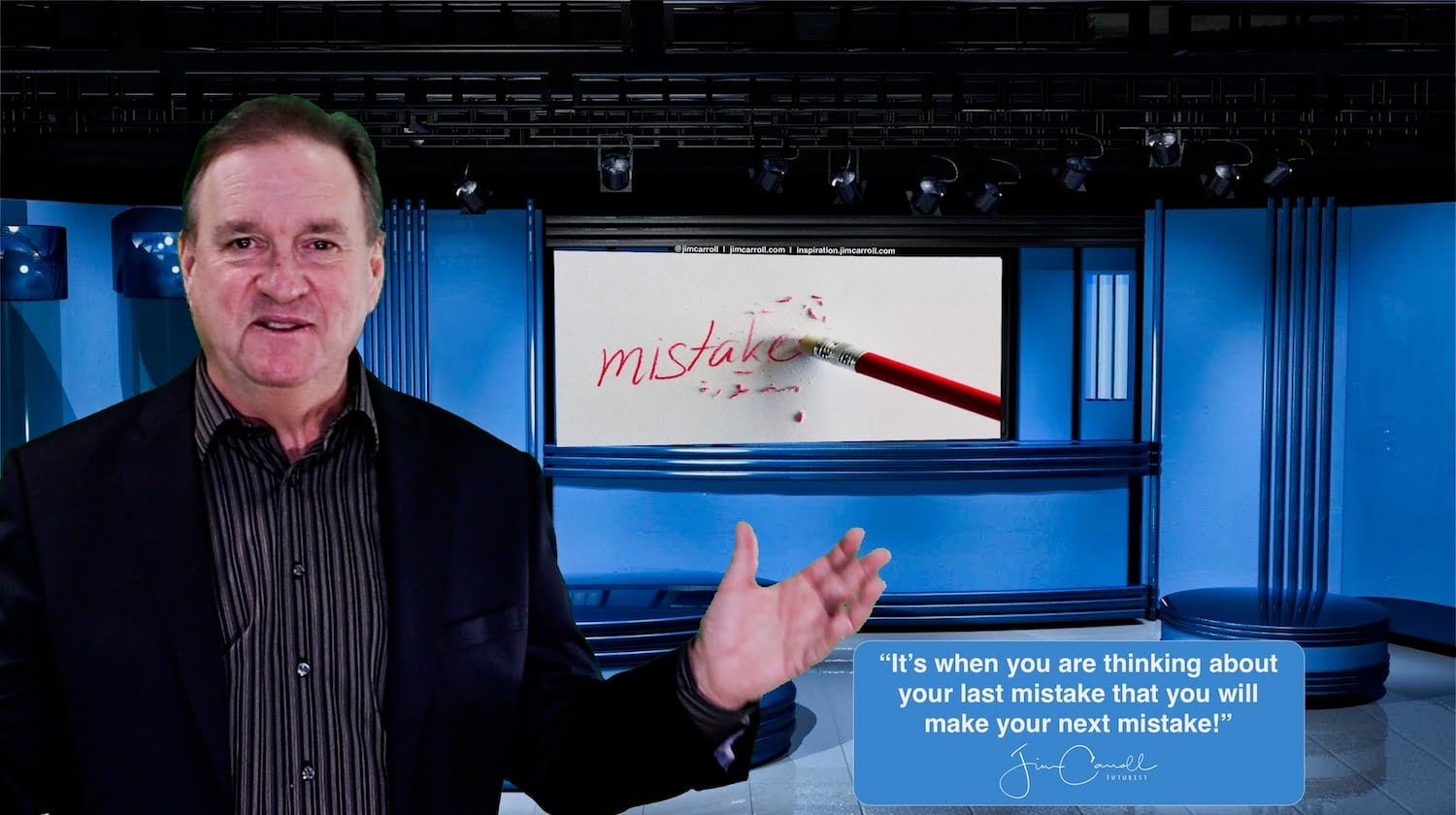 Success comes from a series of mistakes, frequently repeated. Failure is good for you – fail early, fail fast, fail often!

That type of wisdom is true because a great deal of success comes from your tenacity in pushing through punishing barriers. And yet it is also a reality that if we concentrate too much on our last failure while moving on to our next one, we aren’t seeing the real benefit to be found in the errors in our way. Our insight for success will come not just from trying to avoid what we’ve done before, but by focusing on what we can do better the next time around.

In other words, it’s the way you manage your mistakes and failures that will help you to best move forward with innovation.

All of this became clear to me yesterday during a round of golf when a playing partner found his ball on the 17th hole after hitting his tee shot off into a rough section. While lining up his next shot, he commented: “I was thinking about my last mistake.” As is often the case, the thought clarified something in my mind. I grabbed my phone and typed in the nugget of insight before it was lost.

What was I thinking? At that moment, it seemed he was focused on trying NOT to do what he did the last time, rather than what he COULD do this time. There is a subtle distinction in my mind. The key thing to keep in mind is that iteration is the pathway to innovation – it’s by constantly testing, tweaking, trying, thinking that you will manage to get ahead – but with a mindset of focusing on the next opportunity rather than the last bit of failure.

Think about that, and use it for your own innovative thinking. It’s a subtle but important distinction.

Oh, by the way – all of this thinking was put to the test when his next shot actually turned out to be great! Even so, it gave me a pathway to think about!