Home   >   Uncategorized   >   Daily Inspiration: “Your ability to define a different reality is what will truly define your future!”

Daily Inspiration: “Your ability to define a different reality is what will truly define your future!”

“Your ability to define a different reality is what will truly define your future!” – Futurist Jim Carroll 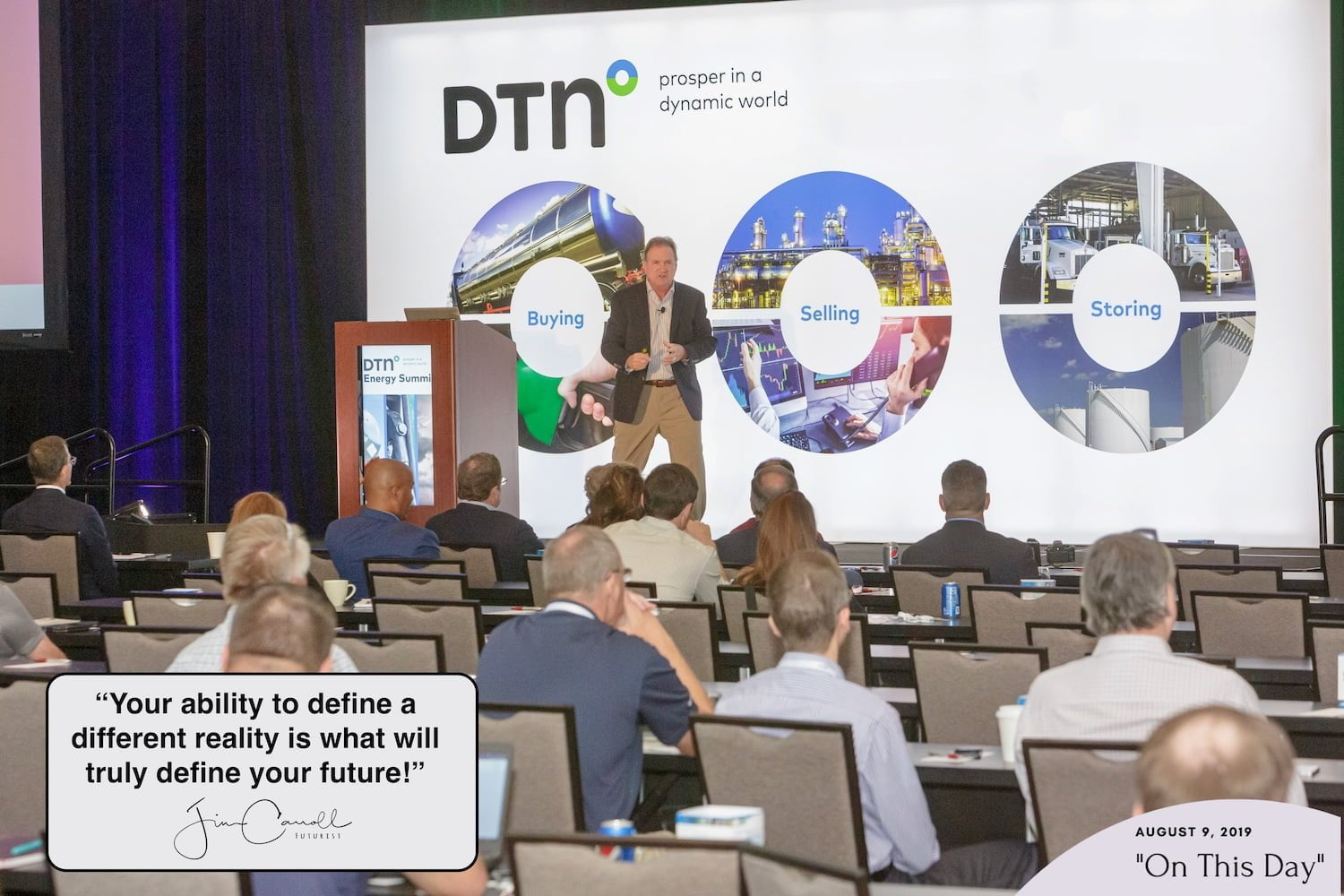 The era of oil is over!

Everyone knows this to be true – we’ve got so much momentum with renewables, energy microgrids, electric vehicles, and battery storage technology, that essentially the dominance of carbon-based energy is drawing to an end. That was the focus of my keynote at this event in Omaha, Nebraska, with a room full of energy executives, including many involved in the ‘downstream’ – i.e. gas station – industry.

What happens with gas stations in the era of electric vehicles? We’ll all spend a little bit more time hanging around ‘electric stations’ waiting for our vehicles to charge! What an opportunity for innovation! We’ve got a captive customer who doesn’t just gas and dash, but someone who might be around for ten or twenty minutes, or maybe more. Why not reconceive the concept of the station location for other opportunities for revenue growth with new types of retail, food service, and more? Watch what’s happening in the industry already, and you’ll see a lot of creative thinking.

“Fueling in an Electric World: Why It’s Time to Rethink the Gas Station Model” from ChargePoint outlines this thinking. Granted, as a large scale EV station company, they are a little bit biased, but consider this key line:

EVs are as far removed from the traditional ICE car as iPhones are from that old landline.

Remember telephones? LOL. Some time back, I took another photo from this same event and used it in my daily inspiration: 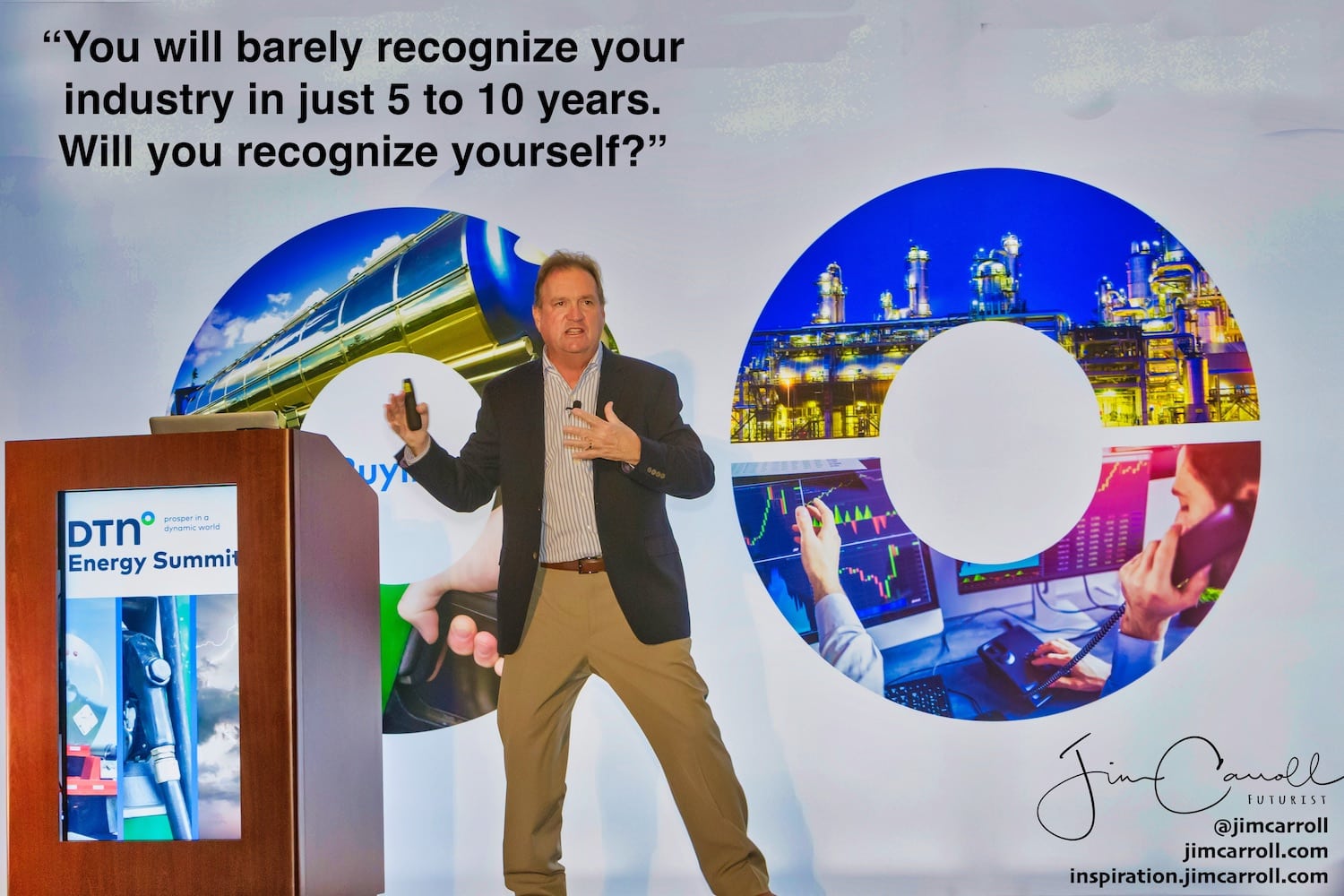 As with many events, I filmed a ‘teaser’ video that was sent out to participants a month before I hit the stage, to get them thinking about the issues in the room.

Reality? It’s in this song:

So it is with the global oil and energy industry. To me, certain trends are undeniable – and so while there is much gnashing of teeth and all kinds of angst with the politics around the industry, the end game is this: oil is a sunset industry, in decline, kaput-ing. Quite simply, we’ve got so much momentum happening with the push to electric vehicle technology, the acceleration of battery storage science, micro-grid concepts, fast-paced developments with wind and solar and renewables and so much more … that, essentially, oil is over.

Carbon is done. So the fact is, what are you going to do with this trend? Here’s a clip where I’m on stage in San Diego, speaking to the reality of what is occurring.

This is not me just saying it. There’s one slide I use in my slide deck, that captures the essence of what is going on. This is a pretty big trend! 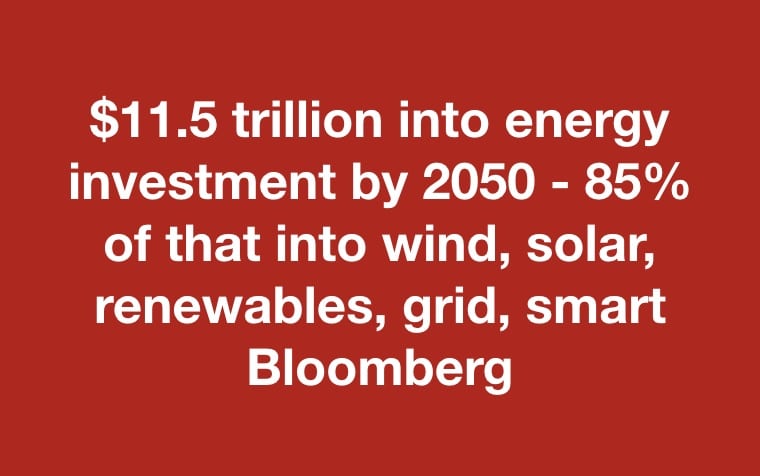 Over the years, I’ve spoken at numerous global client events about this trend, have filmed trend videos on the issue, and have covered it in various other ways. Here’s a bit of a compilation of what I’ve said!