Daily Inspiration: “Disruption? The energy industry is being MP3’d!”

“Disruption? The energy industry is being MP3’d!” – Futurist Jim Carroll 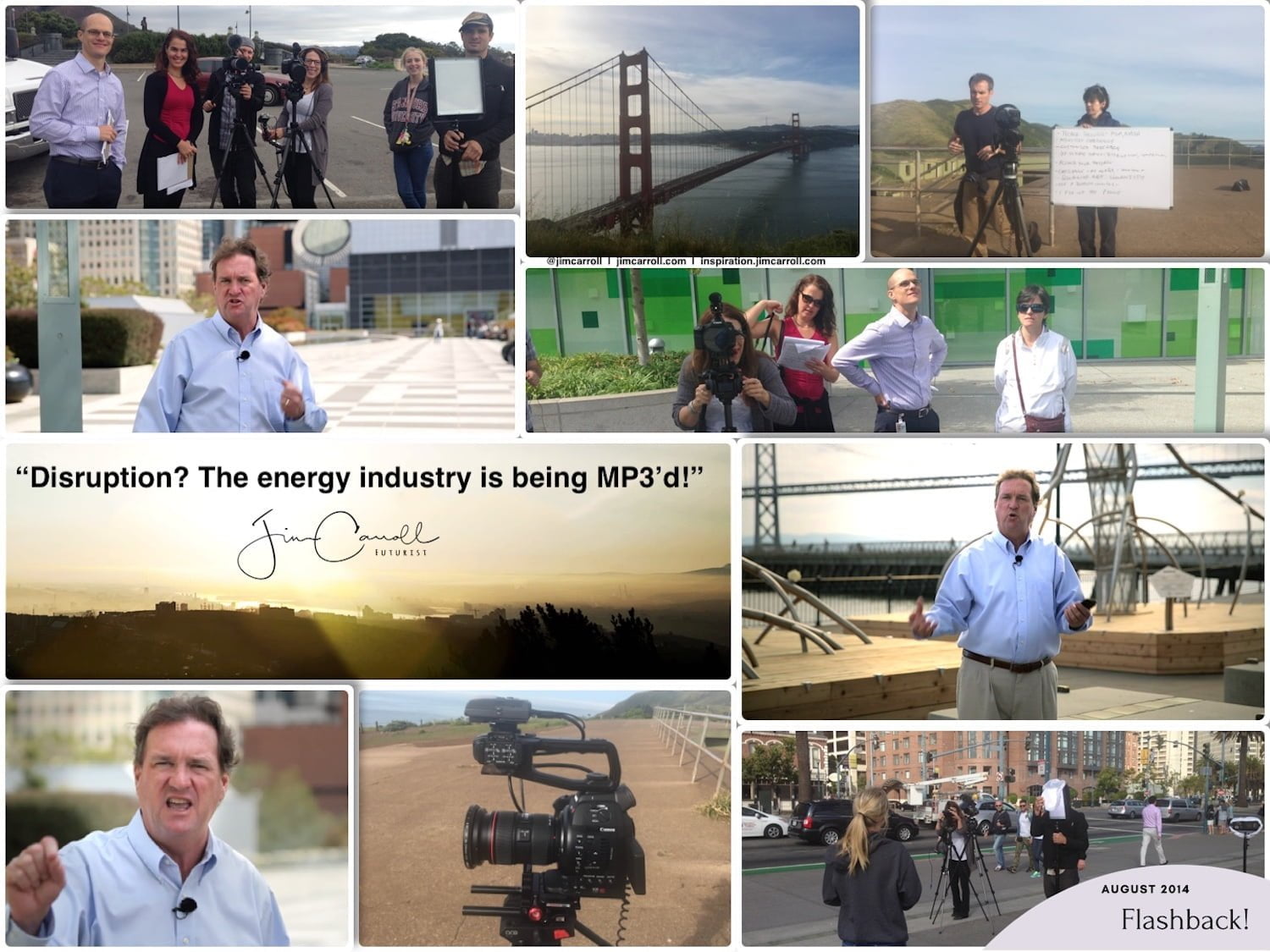 My career as a futurist hasn’t been restricted to sharing my insight from the stage – it’s also involved numerous custom video productions for some very high-profile clients, including Deloitte and Salesforce. In this particular project from a number of years ago, I’m in San Francisco, filming a custom video for one of the world’s largest energy utilities, PG&E. My film crew and I hit four locations throughout the city during a full day, including an early morning start at Vista Point for a fantastic opening scene over the Golden Gate Bridge as the sun came up.

The context for the video? The CEO of PG&E was scheduled to be the opening speaker for a major energy conference and wanted to enhance his presentation on the future of energy with a message from a futurist. I came highly recommended; the result was a short video he could use in his talk, with a focus on the future of energy – renewables, microgrids, distributed energy grid technology, and more.

Every future-oriented message needs a theme, and the one I hit upon was this: renewable energy sources are evolving so quickly, as are local energy micro-grids, that increasingly consumers will have the choice to opt-out of the larger energy grid for much of their needs by creating their own local energy grid. Just as consumers shared music during the Napster years with the arrival of Mp3 technology, so too do these trends spell major disruption. Seven years on? This disruptive trend is becoming very real, very quickly.

The result of our efforts was an epic 5-minute video production that hit all the points!