Daily Inspiration: “Why would you spend so much time defending a past which no longer exists?”

“Why would you spend so much time defending a past which no longer exists?” – Futurist Jim Carroll 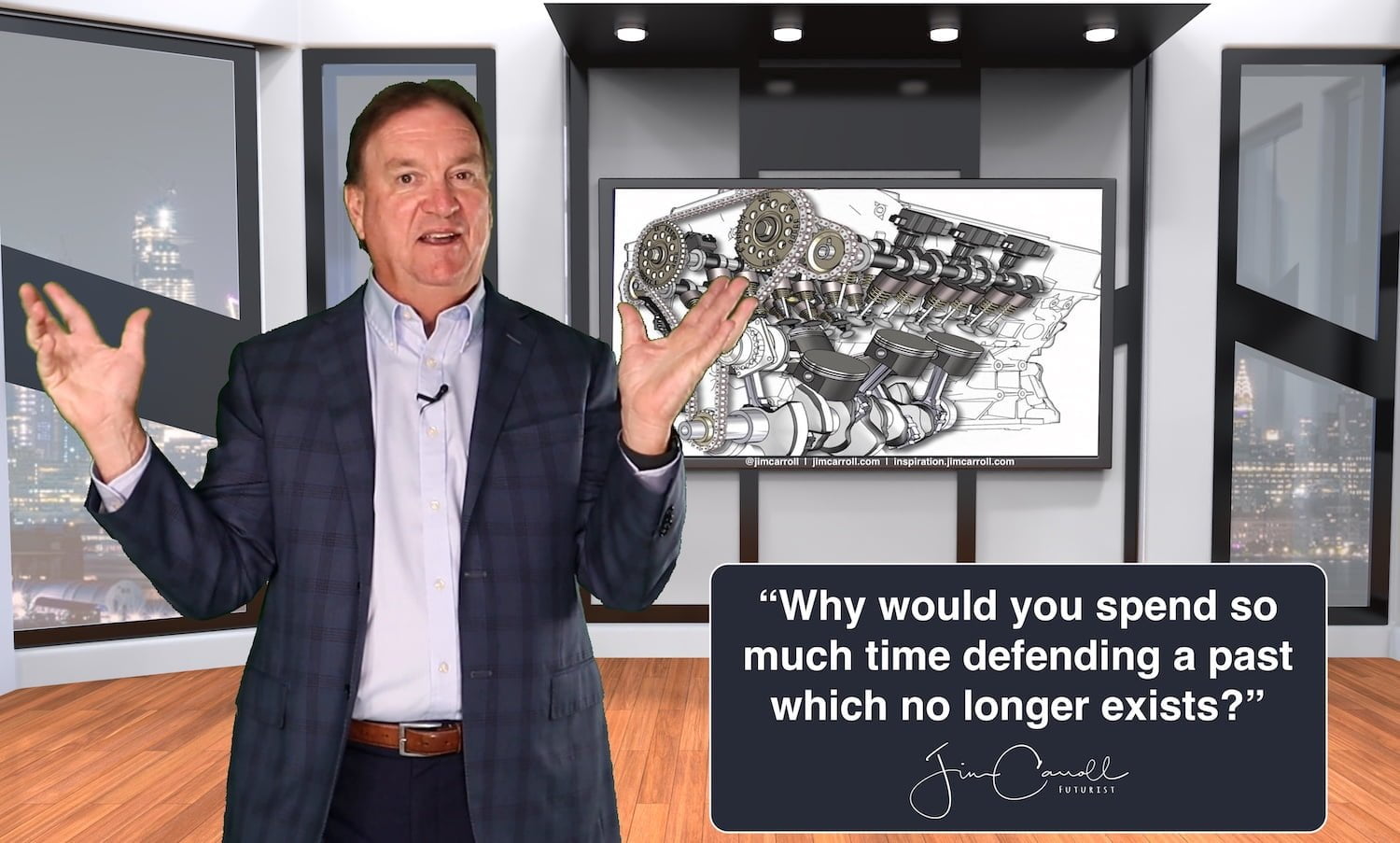 We are surrounded by people who defend the indefensible, support the unsupportable, cling to the unclingable.

It’s weird. It also can certainly do a lot of damage when their defense turns into destruction.

This post originally started out being about Senator Joe Manchin in the US – while democracy is being burned down to the ground, he is refusing to move forward on some critical democratic reforms. He seems to be possessed by some ill-conceived notion that the US Senate might return to the decorum of the 1950s. LOL. The world has changed. Hint – it won’t.

Then I decided I shouldn’t blog about politics.

So, how about the automotive industry and the internal combustion engine? We know its’ trajectory of growth is over; the future is electric. I tend to think in long-term timelines, and one day, gas and diesel engines will one day but be a niche relic of a once glorious past.

Coal and oil? We know carbon is over – it’s a sunset industry in decline. The future is renewables, batteries, microgrid technology, and more. Long term, most major oil companies have indicated the majority of their R&D and growth investment will go into the latter, and not the former.

Music companies wasted a huge amount of time and money in trying to defend a business structure based on the purchase of physical devices – CDs and DVDs! – when the next generation had already moved on to streaming and downloads. The industry remains the case study for the delusional thinking that comes from looking back, not forward.

Everyone knows that certain things are true, except for the delusional few who cling to the past like it is an anchor of hope for the future.