“People need to talk about the BIG, negative economic implications of vaccine ‘hesitancy.’ Exercise your freedom all you want, but know that it comes at an increasingly steep cost!” – Futurist Jim Carroll 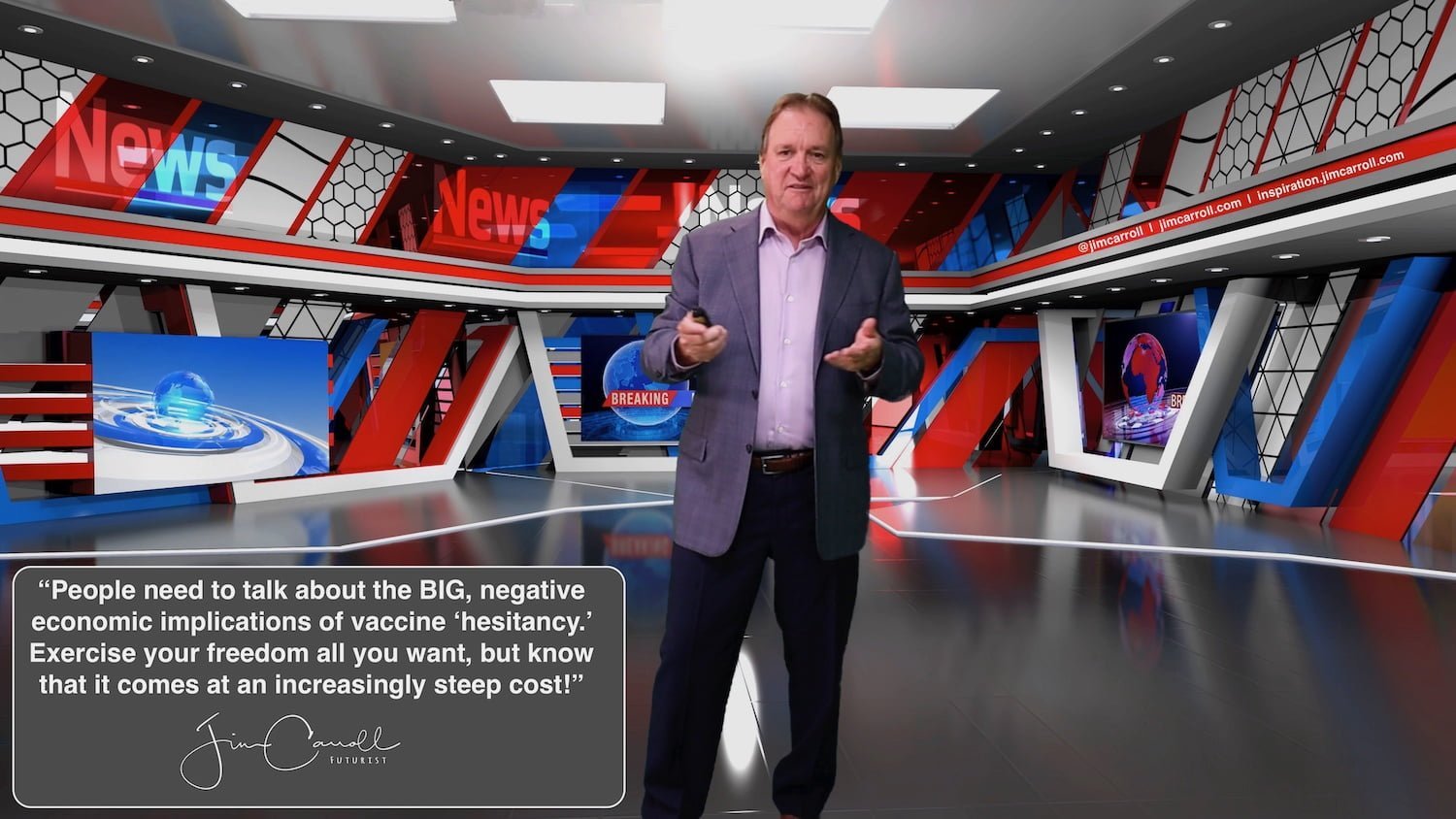 Here’s a pop-quiz – what does the economic future look like for regions like Alabama, Mississippi, Missouri, Arkansas? What’s the job outlook for someone who has posted on social media that they believe that Covid vaccines were manufactured from werewolf venom? What company is going to locate a new factory in a region where the majority of people believe that space aliens are sending lasers raining down upon our planet – and what are the odds they are going to invest in some hi-tech skills training in such regions.

For quite some time, I’ve been taking on the trend of what happens to those regions and those people who proclaim their ‘hesitancy like some type of patriotic badge of honor. I am so tired of all these people. I can’t even listen to them anymore. I just turn them off. But I also know that there are increasingly negative rewards for their reticence.

We can expect to write off a large part of the Southern US – the regions mentioned above, among others. Other nations (i.e. Canada) that have massive uptake have MASSIVE economic development opportunities.

Why? It’s simple math. Economic investment goes down as companies choose not to locate in such regions. Tax revenue declines or flattens. Healthcare workers choose not to pursue jobs because there is no upside to dealing with science with people who think it’s fake. Available health & infrastructure spending decreases overall. Higher education invests more in states and regions that show less widespread, population-level insanity. Conferences and events start to avoid such regions like the plague, because, well, the plague. Sane people choose to move elsewhere, taking their economic potential with them.

No one is talking about this in blunt terms, but I think they should be. Unpopular opinions based upon careful observations often become the trends that define the future. I’ve done pretty well with such a foundation for the future.

With that in mind, here’s a clip from a podcast interview I did the other day on this very particular topic. Choose your future – choose wisely.