Daily Inspiration: “Ultimately, every success is fundamentally a team sport!” 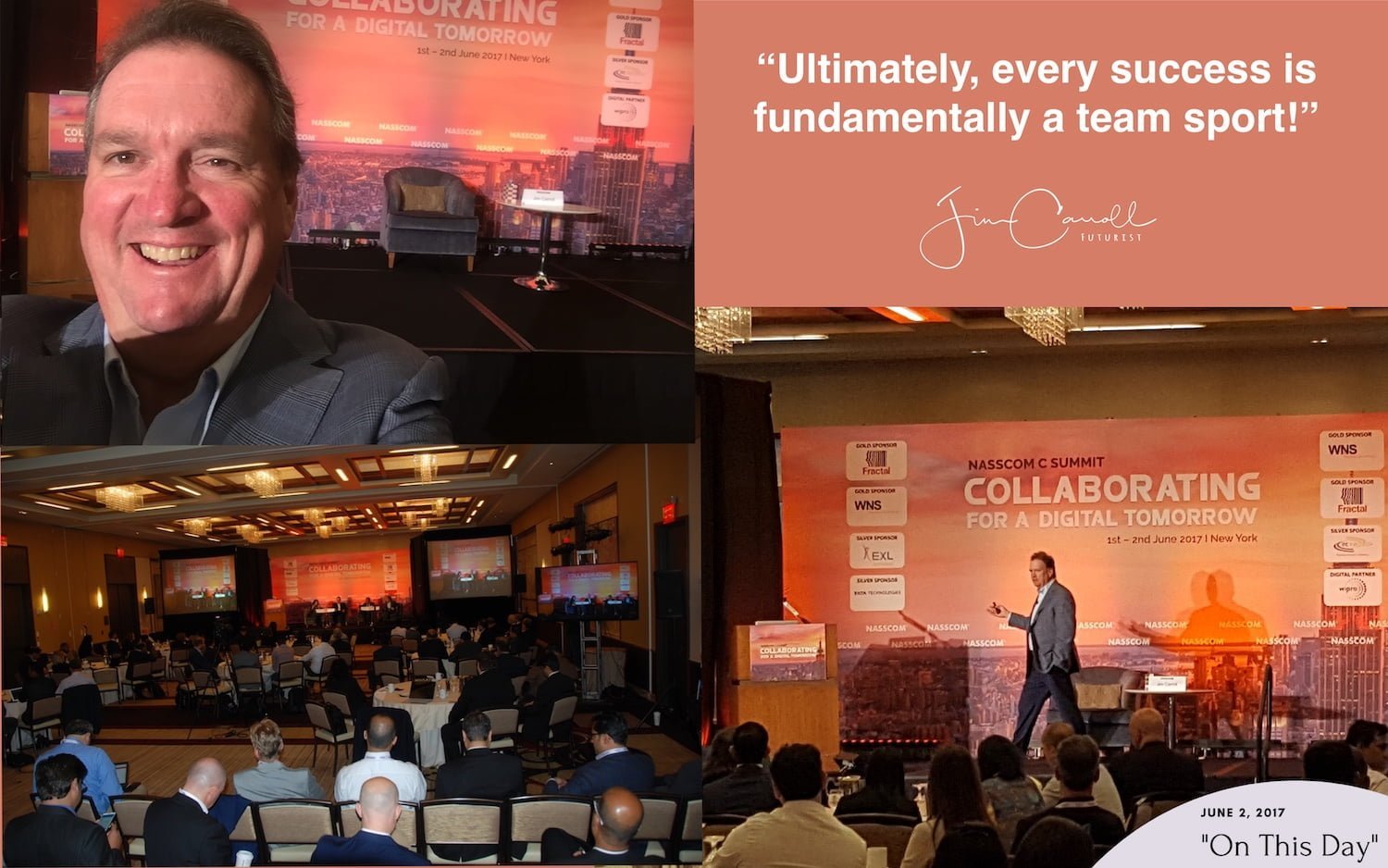 Solo stage artists are supported by a complex back-of-the-house team. Someone had to build the scaffolding for Leonardo DaVinci. There’s an entire group of thousands who make every SpaceX launch a success. Even solo world-class athletes have a complex organizational team behind their success.

And in the era of acceleration, every organization finds success in the ability to collaborate, with access to the right skills at the right time for the right purpose being a key pillar for the future. This has become particularly true when digital transformation becomes a key factor for success – as every organization has learned throughout the pandemic.

Flashback to 2017 – the importance of digital transformation and skills collaboration was very much the context for my keynote three years ago on this day. I was in New York City for a closing keynote for Nasscom (National Association of Software and Services Companies), a trade association representing the major players in the Indian IT and business process outsourcing industry.

The importance of the message was highlighted by who in the room in my audience: I had global CIOs from Johnson and Johnson, Schneider Electric, Citigroup, Goldman Sachs, Bank of America, PepsiCo, Pfizer, Phillips Health, NBC Universal, Estee Lauder, GE, and Anheuser Busch Inbev, and over 200 more. These organizations know that without a great skills collaboration, their success will be stymied. It’s a team sport.

The context for my talk at the time was very much built around the issue of skills collaboration. At the time, the industry was being buffeted by the first signs of a fantasy world in Washington, with a belief that global organizations could succeed without access to global skills; and that the path to being great again would come from barriers and borders. (Hint: It didn’t work out too well, did it!)

With that in mind, my keynote skirted the edge of politics. Everyone knew that we live in interesting times, and that like many nations and organizations in the world, it is critical to work hard to align folks to a new world order of crazy twists and turns, often illogical policy directions, and massive uncertainty.

In essence, the issue was this: will you have the agility, strategy, and capability to align yourself to a faster future? A key part of that equation involves the skills equation. While there might be wishful thinking in parts of the world as to how to deal with a challenging skills issue, the reality is that having a great skills strategy is a crucial factor for success in the era of disruption. And that involves new forms of corporate structure, collaboration, and partnership.