Daily Inspiration: “Do you mean to tell me that you don’t believe that widespread mental instability and mass delusion won’t be a huge workforce problem in your future?”

“Do you mean to tell me that you don’t believe that widespread mental instability and mass delusion won’t be a huge workforce problem in your future?” – Futurist Jim Carroll 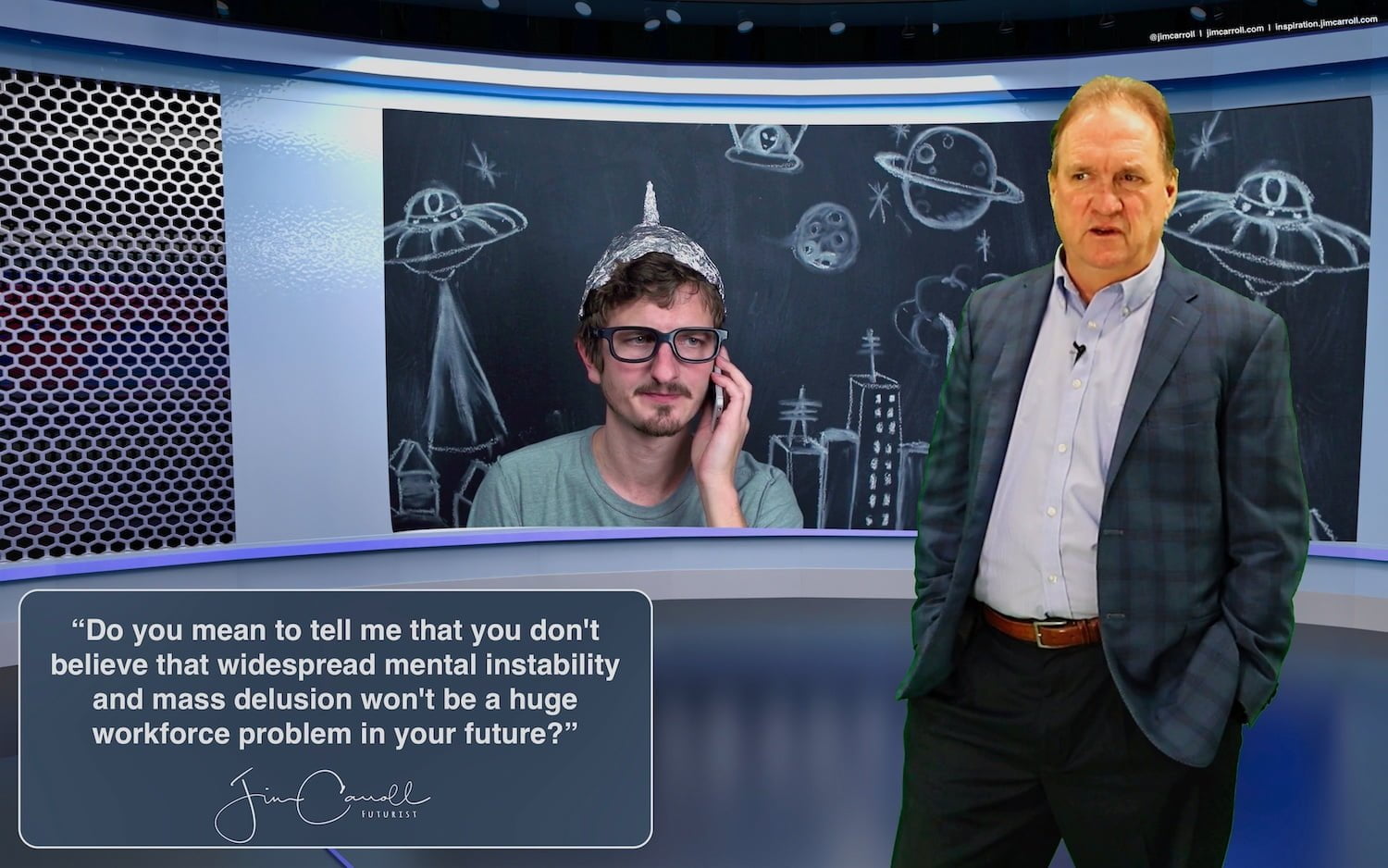 The quiet part should be said out loud: one of the biggest problems that companies will have to manage in the future is how to deal with an ever-increasing quotient of crazy.

How do you manage that as a trend going forward?

I never thought I’d have to put this out there as a trend, but here we are. Organizations are going to have to somehow have to deal with the fact that vast numbers of their workforce have literally gone over the edge. This is not a trivial issue and will come to increasingly define your potential for success. Maybe in the future will come to examine a company’s ‘crazy quotient’ as we examine their SEC filings.

Sanity might even come to be a premium, a rare asset in a time of mass insanity!

It’s pretty unreal to examine the world that now surrounds us. More and more polls are showing that people are subscribing to the insane Q conspiracy theory, that the election was stolen and that the attack on the Capitol was actually the result of a horde of Democrats. Elsewhere, the anti-mask contingent rants that the 5G chip implanted in their brain is resulting in the explosive and sudden growth of the swarm of cicadas, who are actually there to build giant organic on the ground antennae for societal monitoring.

Here’s the thing – there are real implications to real crazy. In one of the more challenging indicators of our time, one individual just had their hazardous goods transport license revoked because they were part of the mob that stormed the Capitol.

What will an airline do when a pilot shows up with that all-knowing whacko look on his or her face? What will a quality control supervisor do when a staff member shows up mumbling that space aliens attacked him on the way to work and absconded with his running shoes? What will the response be when a union goes over the deep end and calls for a workplace strike because the IiOT sensor devices are perceived to be a secret blood pressure measurement network?

What will organizations do as crazy becomes even more widespread?

How will companies manage the crazy going forward?

I don’t know about you, but I watch the trends,

And this one is going to be extremely hard to manage!