Daily Inspiration: “You’ll finally discover your true creative energy when you find your fifth Beatle, your very own Bernie Taupin!” 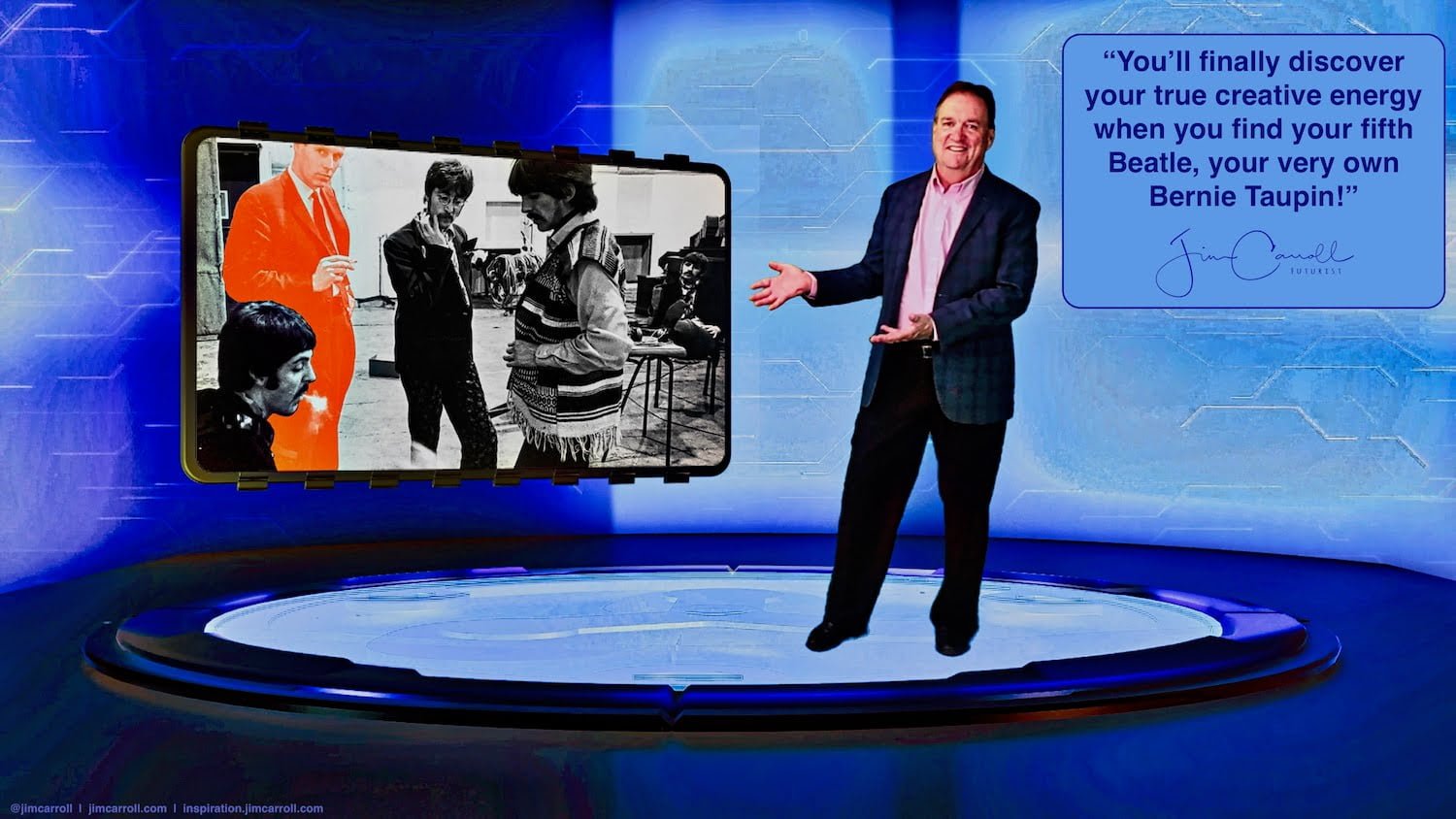 Every creative person has their fifth Beatle, their very own Bernie Taupin – working behind the scenes, making the magic really happen!

And quite often, working silently with little credit, totally unacknowledged and unrecognized for the magic they do.

In my case, that would be my wife and business partner, Christa.

On Friday, I handed over to her the manuscript, such as it is, for my 39th book, going with the working title, “Now What: Reinvention and the Role of Optimism in our Post-Pandemic Era.” There comes a point when your creative energy is spent, your efforts hitting that wall of diminishing artistic returns.

I hit that point – and so it was time to hand it over to her, where she will do her magic. And it will be ….. magical!

I truly would not be able to accomplish what I do without her efforts. And she’s been doing this for a long, long time. I’ve often asked her if she would like her name on the book as a co-author – and the answer has always been “NO.” She should be listed as such.

39 books! Many of these were written in the ’90s, in the long-lost early days of the Internet. Some had to do with the role and future of healthcare online, money management in the connected era, how to maximize your small business potential through online resources. My co-author Rick Broadhead and I were often referred to as the “Lennon & McCartney of the Canadian Internet scene”, pumping out our works at a furious pace. We also got our books into print in the US, Germany, Russia – and even found an unauthorized copy of one selling in India! 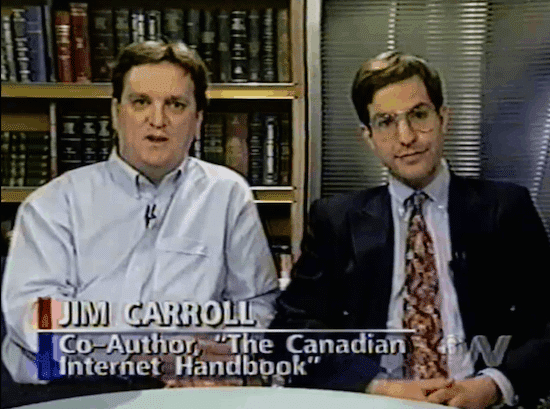 Other books we pulled together were simple directories of online resources. Our little Canadian Internet Handbook became a national bestseller, rocketing both myself and Rick into news shows, press interviews, a whirlwind of publicity insanity that went on for 6 solid years until we had enough.

One of our best efforts was known by the title “From Light Bulbs to Yottabits: How to Profit By Understanding the Internet of the Future.” Released with uncanny timing right as the dot.com world was imploding, it sank like a stone, unnoticed and pretty much a failure when it came to sales. Released in 2000, it predicted with absolutely stunning accuracy where we find ourselves in the world of technology today.

On every single one of these books, Rick and I would take them as far as we could – at which point we would hand them over to Christa. She would take on her role of editing and polish with a flourish. She knew what she was doing – she would stand her ground, battel for her perspective, reorganize the words of these two iconoclastic geeks into words that the average human could understand.

All she ever got was a tiny mention in the credits.

I also did a ‘solo’ album during this time, writing Surviving the Information Age, which took a look at the early days of the, well, information age. Christa and I hit the library together as part of the research process, spending countless hours looking back at the news media during the ’50s, ’60s, 70s. This was a book in which she fully and completely played the role of a creative partner, helping throughout with the writing process. It remains my proudest work.

She never got credit as a co-author – she should have. I did ask – she said no!

And then, in the 2000s, she worked with me as I pivoted to writing titles around the topics of trends and innovation – What I Learned from Frogs in Texas, Ready, Set Done, The Future Belongs to Those Who are Fast, and most recently, Think Big, Start Small., Scale Fast. In each case, I took things as far as I could until I had no more, became absolutely bored with the project, or knew that it needed her unique insight to drag it towards the finish line.

And in each case, she worked her magic. She never got proper acknowledgment, other than a small mention in the book credits.

(All of these are found on my Books page.)

She’s now doing it again on this latest project. This is a unique book, unlike anything I’ve ever written before.

It’s been a struggle, to be honest! It’s become a book that explores the simple voyage through optimism and reinvention of seven everyday individuals – what they’ve done to reinvent their life, and what we might learn from them. It’s become the closest thing to a self-help book that I’ve ever written, and I got to the point where I wasn’t even sure there was a book there!

She read through what I had, has seen the potential, and will come back with something wonderful. And I had the most wonderful moment as she finished the rough manuscript, and quietly said from over on her said of the office that, yes, there is a book there. I truly wasn’t sure!

Every creative person needs their fifth Beatle, their Bernie Taupin.

Look, I am not professing to be someone who has the creative brilliance of the Beatles, or the musical mastery of Elton John – but they had George Martin, the producer,  and the Rocket Man had Bernie Taupin, the songwriter.

Both working, mostly silent, behind the scenes, who do the truly magical things to make creativity magical!

And I have my Christa.

Thank you, my love!