Daily Inspiration: “Carroll’s Theorem: Those who are still waiting to adapt to where we will be will never get to where the rest of us already are!”

“Carroll’s Theorem: Those who are still waiting to adapt to where we will be, will never get to where the rest of us already are!” – Futurist Jim Carroll 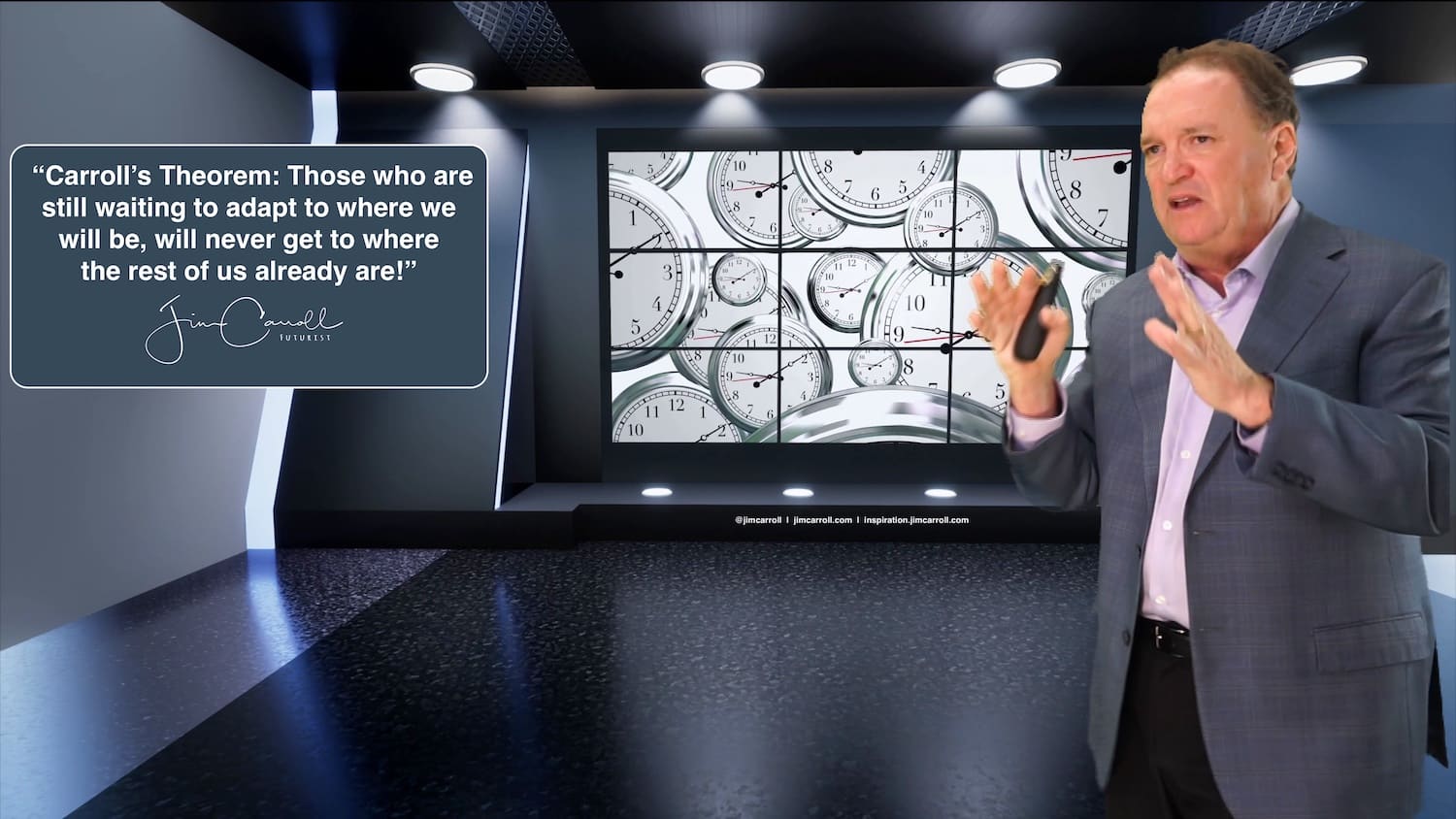 People who are stuck in a state of indecision are the ones who ultimately fail. Those of us who moved past aggressive indecision quickly are the winners. We *aren’t* going back to anything like our world as it was before – any time soon. It’s those who have been busy reinventing, rebuilding, redoing, realigning, re-adapting, rethinking who are getting ahead. Those who are waiting to see where we will be – won’t get to where the rest of us are. Enough said.

With that in mind, I’ll replay something I wrote last August that seems to be getting a lot of hits on my Website as I start the day. It’s good guidance for what you need to do to get moving!

If you hang out with successful people, you’ll notice that they share several common attributes all of which are related to their ability to get moving now:

I’m already here, in the future. Are you?