Daily Inspiration: “The secret to figuring out the future? It’s not the headline: it’s the trend it represents!”

“The secret to figuring out the future? It’s not the headline: it’s the trend it represents!” – Futurist Jim Carroll 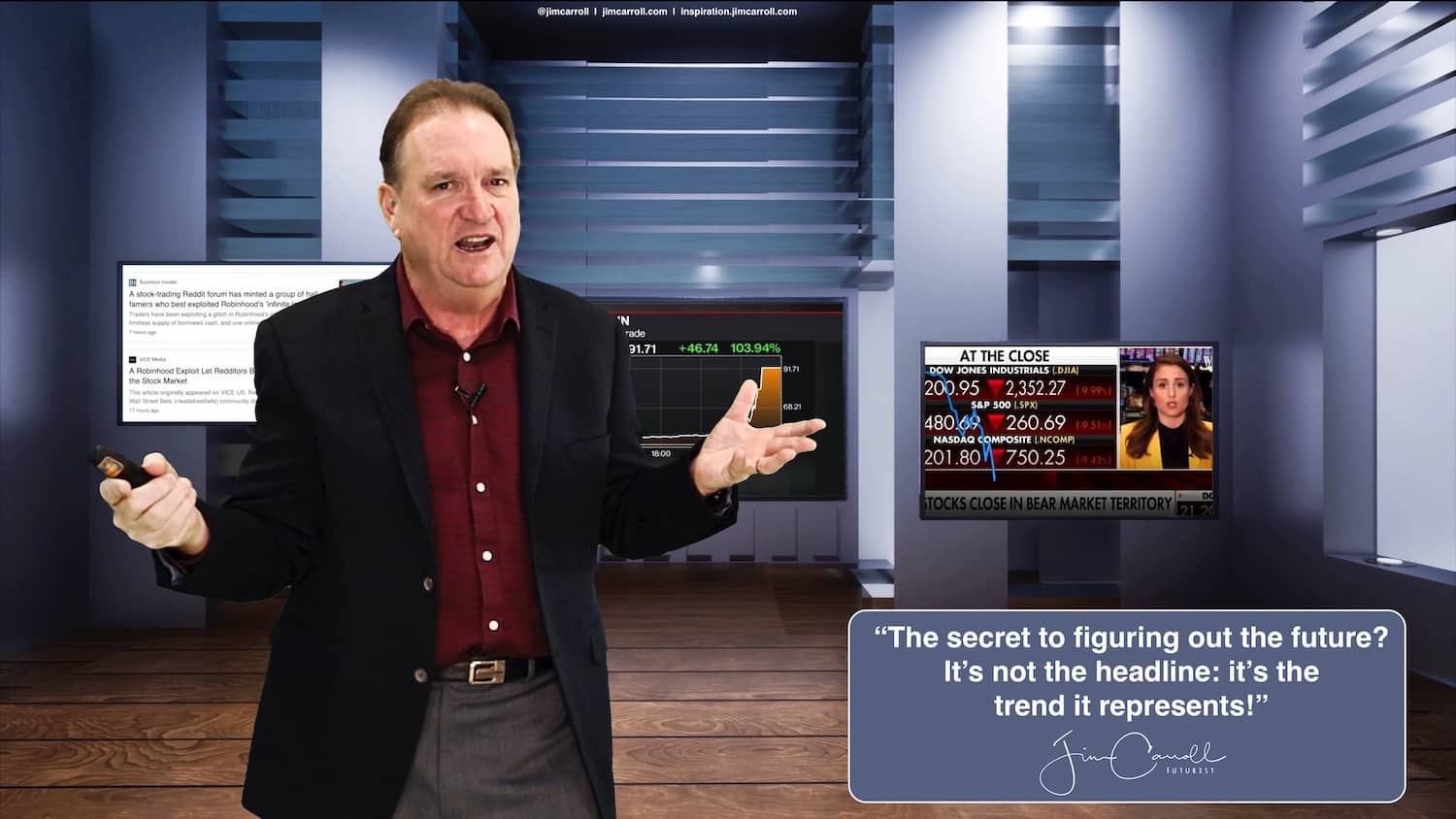 I launched a new series yesterday – Ask.A.Futurist – via ask.jimcarroll.com – gives me a structure to take the many questions that I get from people and work them into a series of short, fast video clips.

One of the first questions I took on was along the lines of what was up with all this Gamestop stuff.” I love taking apart the headlines and taking a look at the trend behind the headlines. The result was this quick little video:

To me, the current GameStop / Reddit issue is just symptomatic of a bigger trend.

As I explain in the video, the next generation, weaned on video games, accelerated by technology, driven by the fspeed of interaction, has discovered a new form of collaborative online power. They’re currently using it to their advantage to disrupt and challenge existing business models and established orthodoxies.

In my view, the current situation is just symptomatic of a larger trend at work – and that is the disruption of everything driven by a generation at speed. We will see many similar GameStop initiatives in every other industry from agriculture to healthcare, transportation to manufacturing. I believe that by and large, today’s younger wired generation has little patience with the slow, pondering, bureaucratic pace of whom they dismissively refer to as the ‘oldsters.’ (That would be me, I suppose!)

The headlines? They make that impatience known, or exploit it to their advantage, by moving at speed.

I’ve long explained that the future belongs to those who are fast. This next generation is faster than fast, and it is pretty clear that they own the future. If you don’t understand and work within the context of that trend, you will find yourself suffering from collateral damage.

By the way, the video clip was the result of a new initiative that I rolled out at blinding speed yesterday.

Ask.A.Futurist is a new vehicle by which I’ll put some structure around the many questions I get related to the future and trends. User-input originated, I’ll take the most interesting or challenging questions, and will film a short video that addresses them. I anticipate doing one or two a week.

The result is the little video clip above, and I’m taking this on in the form of a new series, “Ask a Futurist.” I whipped together a little intro to give it some character.

If you’d like, submit your question below. Maybe I will put it on the list, and will notify you if it is one I tackle with a short video clip!