Daily Inspiration: “That moment when you’ve had enough of 2021 and it’s still only February….”

“That moment when you’ve had enough of 2021 and it’s still only February….” – Futurist Jim Carroll 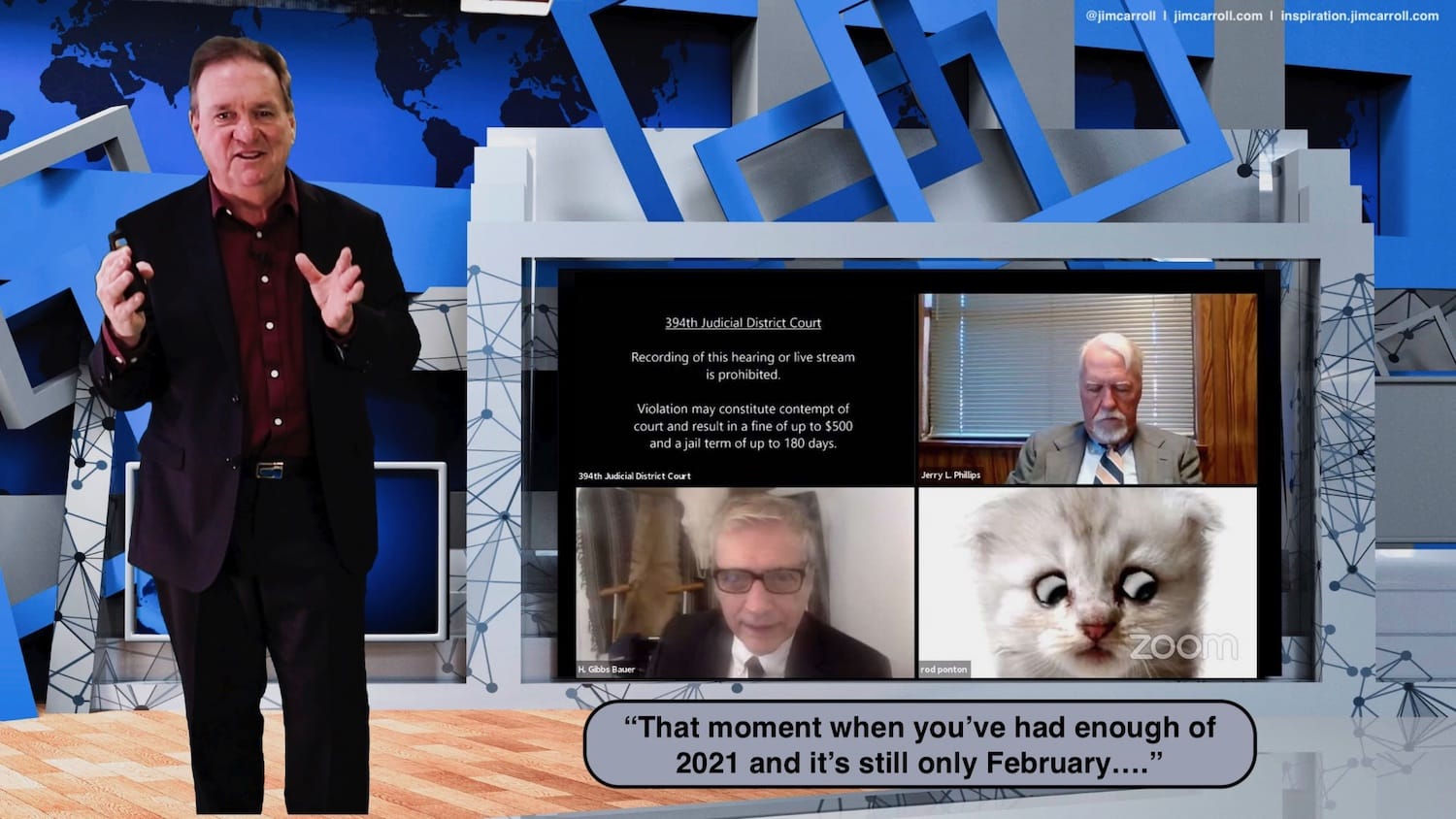 If you haven’t seen it yet, you will. It will be all over the Internet today.

“I can see that,” responds judge pic.twitter.com/HclKlAUwbM

It was a routine online legal hearing, a judge, two lawyers … but one had turned into a cat.

Somehow he had activated a cat filter on his Zoom configuration and was not quite sure how to turn it off.

That seems to define us all.

We’re now 11 months into this strange new world in which we have found ourselves. We’ve all had to adapt, change, morph, adjust and transform to new ways of thinking, working, sharing, interacting, conversing. The onrush of technology has been constant; the mastery of new skills ongoing; the frustration levels omnipotent.

Most of us have mastered the necessary steps, and are utilizing technologies that we might have once thought of as being science fiction. People who might have never participated in dramatic new forms of interacting and working have adapted. Entire industries have shifted the structure of their foundation literally overnight – online legal hearings were a distant possibility, but no one ever thought they would suddenly become de rigeur.

The mastery of this strange new world spans all generations. I marvel every time I think of my son’s girlfriend granddad – 93-years-old, he will regularly participate in massive online family Zoom calls, interactive card games, and so much more. He is an interactive superstar using technology concepts that he might have first been explored as a distant concept in an issue of Popular Mechanix in 1932.

Transformation is everywhere – ongoing, relentless, ever-present. No one can escape the requirement to be on their technology A-game at all times.

But every once in a while, it all goes wrong, and we become a cat trapped inside our Zoom call.

That’s a trend that absolutely no one predicted, ever.