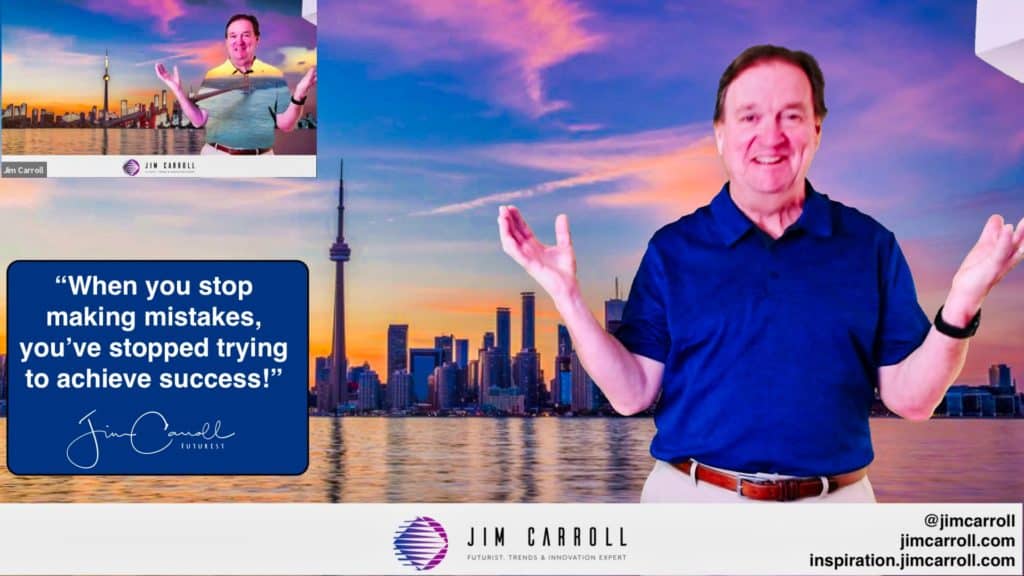 I’m pushing the boundaries in my home broadcast studio, because I figure I’m going to be hanging out there for a while. It’s not going so well at times – but it is spectacularly successful!

Fun fact: my typical event in my old life on stage in Las Vegas and elsewhere might sometimes feature a massive production team of 20+ people – AV techs, a show producer, floor manager, staging crew and more….. all to make sure my keynote goes well. My new life? It’s me! I wear many different hats!

And the fact I am making mistakes – but they are far less noticeable over time – means I am making substantial progress! I take pride in my ongoing failure! With that, here’s a Amoment of inspiration by one of my performance heroes, John Cleese, that went out last night. 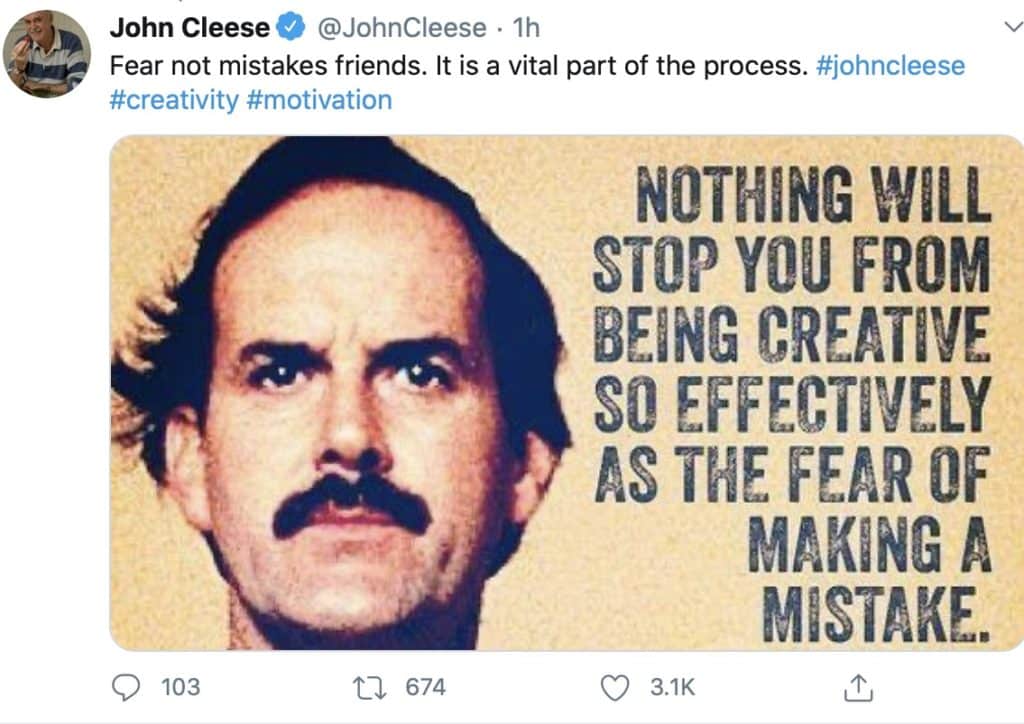 Check the two images – what a mess with the smaller one!  It means that my weekly live Thursday broadcast was a wonderful success with multiple small failures – instead of being one merging success drive by multiple massive failures! That’s progress!

What happened? From a tech perspective – I’ve got one version of the broadcast captured in my green screen software, ECamm.Live, going out to a service called Restream.io, which rebroadcasts it out to Youtube Live, Facebook Live and Periscope/Twitter. The idea is to utilize a service in the cloud to amplify the signal to many different services, rather than hitting potential bandwidth issues via multiple simultaneous broadcasts from home.

And yet at the same time, I was also feeding the broadcast to Zoom …. same signal, same software, same background, exact same time.

And for some odd reason that I can’t quite figure out, the Zoom signal was achieving something weird with my shirt, and I have no idea why. It was green screening my shirt – it had never done that before … so every scene became a little bit weird. My sons were texting me, alerting me, I was live, and couldn’t jump off camera to change my shirt! I was aware by glancing at their texts in the confidence monitor in front of me….

What a productive and wonderful mistake, because it was almost the only flaw in yesterday’s effort!

The “only” one? Check the top right – that’s a bulwark from the ceiling. I had moved the camera slightly, and it wasn’t green screened out. Amateur hour! Also, I had my son Wilie do the awesome logo bar at the bottom. Except while editing my show moments before, I accidentally turned if off for all subsequent scenes.

Lots more went wrong – the typical viewer might not have noticed the flaws.

And I view it as a sign of substantial progress – because it was less bad than the previous week in terms of the scope and impact of the mistakes I made! It shows that having the courage to go live despite the uncertainty that it will all work is very much the same as walking out on stage in front of 7,500 and hoping that it all goes well!