Article: Timing the Future: “The Five Truths of the Future” – Truck Parts Service

It’s really nice when someone in the audience writes a spot on article that captures the essence of your keynote.

That’s the case with Trucks, Parts, Service bills itself as “the only media entity in the trucking industry that caters exclusively to dealer and independent aftermarket professionals.” It’s a nice writeup! 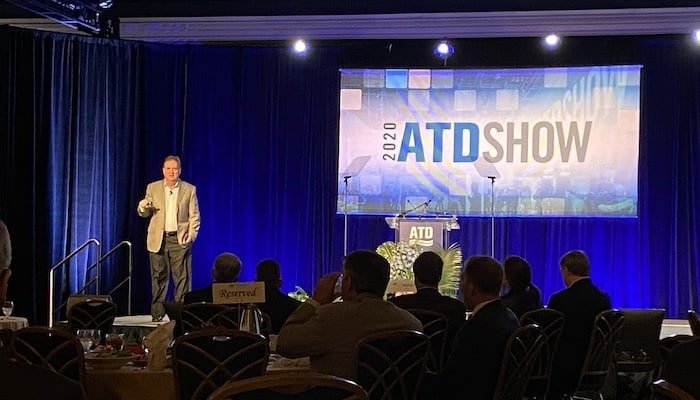 The American Truck Dealers (ATD) looked into the great unknown during the general session at this year’s 2020 ATD Show Saturday in Las Vegas with noted futurist Jim Carroll.

Offering his five truths of the future, Carroll told the ATD audience that the speed of change, which has always been overwhelming, is only increasing as technology advances.

He says the most successful businesses of the future won’t be the largest companies, who attempt to push out all competition, but the fastest companies, who can adapt new innovation and product advancements into their business to improve customer experiences.

Carroll believes that shift will benefit truck dealers who remain focused on the industry’s Prime Directive — to maximize uptime and be a key partner for their customers. “You have moved from selling a truck to selling a service level uptime guarantee,” he says.

But as uncertain as the future may be, Carroll says there are some truths truck dealers (and all businesses) can rely on.