Daily Inspiration: “Fighting to keep what you have instead of pursuing what you could achieve usually doesn’t work. Don’t fight your future!”

“Fighting to keep what you have instead of pursuing what you could achieve usually doesn’t work. Don’t fight your future!” – #Futurist Jim Carroll 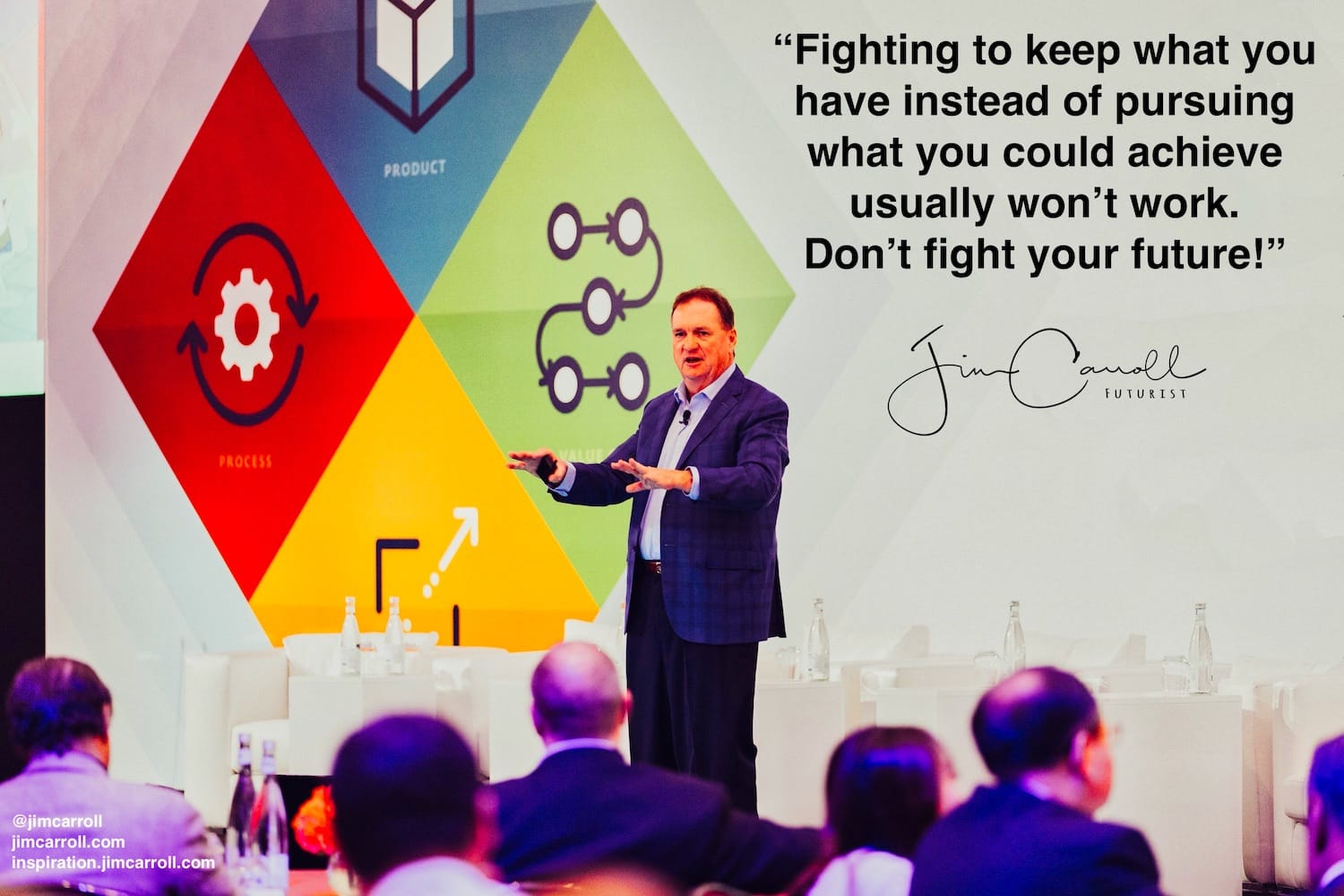 The inclination of many people, when confronted by difficult circumstances, is to fight back, deny reality, put up barriers, and avoid the steps necessary to change.

That usually doesn’t end well, does it?

The challenges are compounded when the future arrives on the scene – because it has a nasty way of interrupting your comfort zone. It has a tendency to put your reality into cold stark terms – and rather than dealing with it, the easiest thing is to turn away from it.

And so as I run my series for the month of January, “Insight 2020
Leadership Strategies for the Era of Acceleration”, this leads into point #2 – “Don’t fight your future!”

I will be blogging about the issue shortly from a business model disruption perspective – but the interesting thing that I have learned is that both companies and people often deal the same way when faced with a challenging, complex future – rather than acknowledging and adapting to it, they choose to fight it instead.

Leading to the key point I make in every presentation on the stage: “Some people see the future and see a threat. Innovators see the same future, and see an opportunity!”

Battle or adapt? The choice should be clear.