Daily Inspiration: “Refuse to become trapped in a world of never-ending inaction driven by indecisiveness – it’s better if you commit to it!”

“Refuse to become trapped in a world of never-ending inaction driven by indecisiveness – it’s better if you commit to it!” – #Futurist Jim Carroll 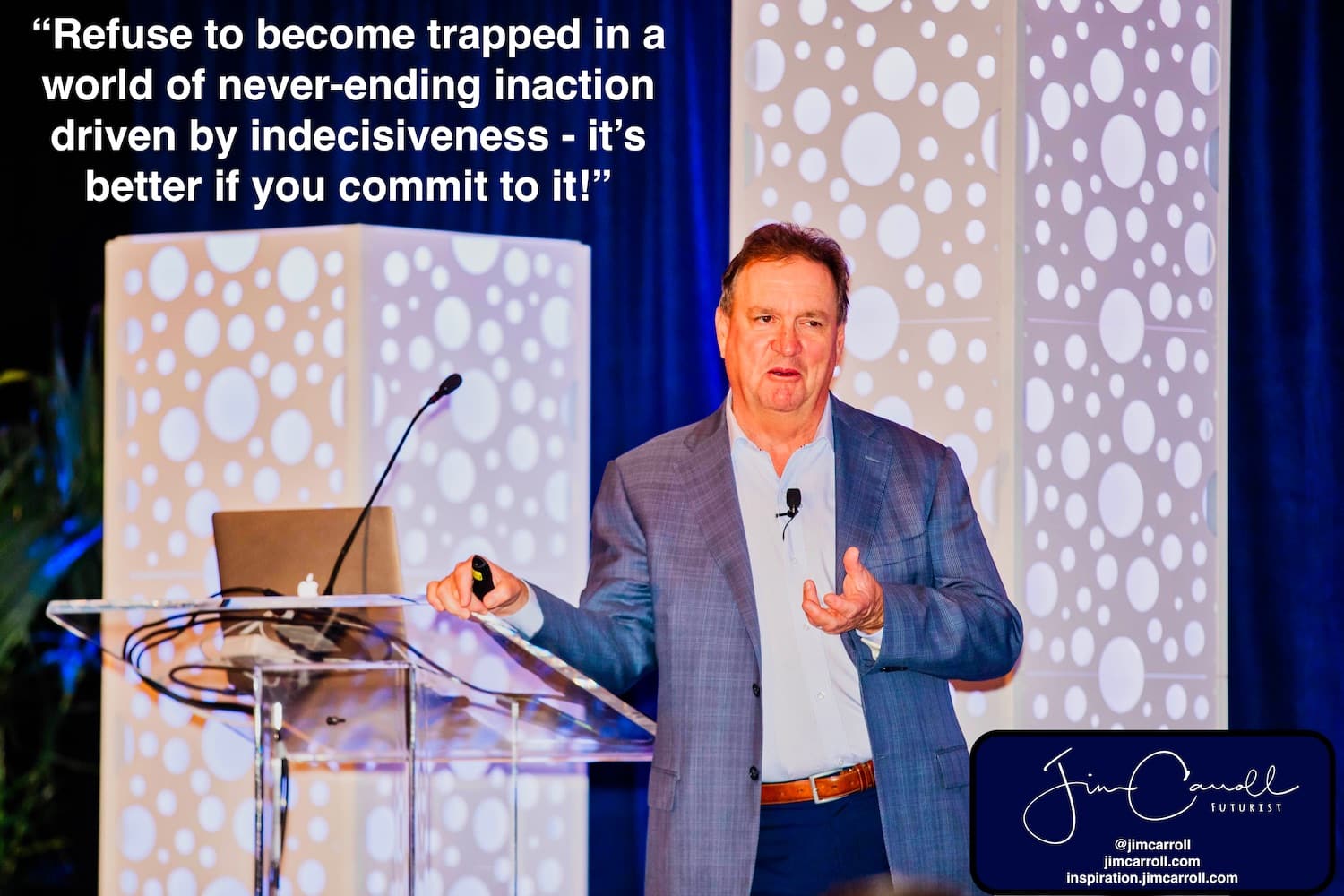 Today’s theme in my series “Insight 2020: Leadership Insight for the Era of Acceleration” is “commit to it!”

What a great phrase! It comes from observations I had last year while preparing to speak at a major manufacturing conference – one of the organizers tossed the phrase “perpetual pilot purgatory” at me, explaining that one of the biggest challenges in moving towards the world of what we call Factory 2.0 (“the smart factory” or the “IoT factory”) is that engineers tend to test and pilot and test and pilot — and never really move beyond that.

People do the same thing, particularly in the month of January when they set their commitments and goals for the new year. Studies show that 80% of New Years Resolutions fail by the second week of February.

So maybe this ‘commit to it’ concept has some legs!

But my observation is digging at something beyond a simple lack of commitment to the purpose at hand : it’s usually the case that you know where you need to go, but you lack the resolve, courage and fortitude to make the big bold decisions that will get you on the path to arrive there.

That’s where your state of purgatory shines through, and it’s clearly defined by your indecisiveness. You can’t decide one way or another – you are paralyzed into a state of inertia, and ruled by a status of inaction as a result.

What do you do? Recognize it for what it is – and commit to it!