Daily Inspiration: “Your science fiction is already someone else’s reality!” 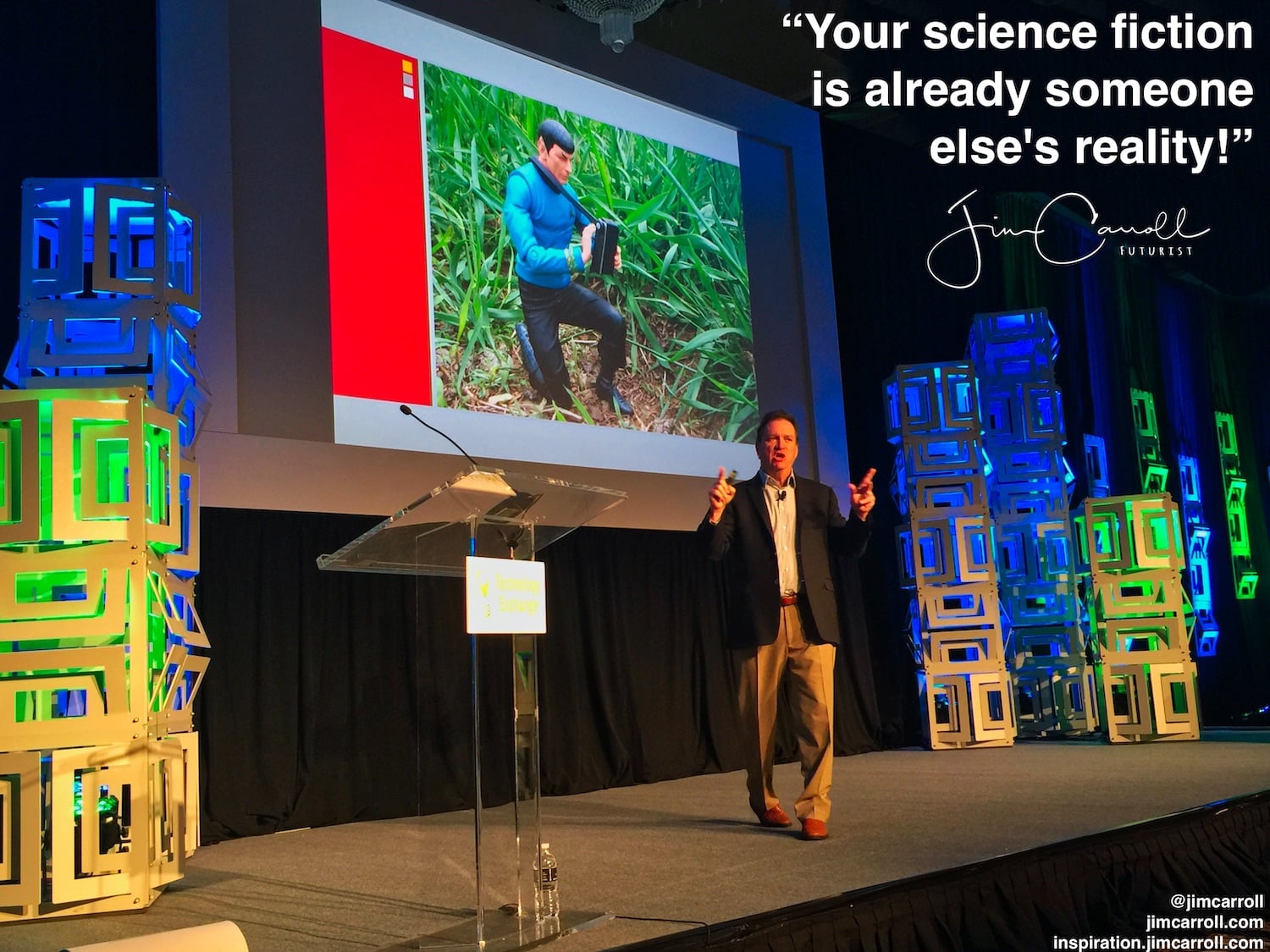 These are all things that I’ve spoken on stage over the last decade – not as crazy science fiction like ideas from Star Trek in the 23rd Century – but as potentially real technologies that people are actively imagining, exploring, conceptualizing, designing, constructing.

You can’t go to a store and buy a tricorder today, but I bet you’ll be able to sooner than you think!

You’ll hold it to your head and get real-time insight into your health; you’ll have one to assess the health of your herd; another one will be used, just like Spock, for instant analysis of your crop.

Consider where we are already as the 2010’s draw to a close: the last decade saw the arrival of all kinds of ‘tricorder’ prototypes.

Medical tricorders? I’ll often use one on stage – the Scanadu Scout, which was an ultimately failed contestant in the X-Prize Foundation Tricorder Challenge. Even so, real time and real world alternatives are emerging with technologies such as the Vitaliti and Cloud DX Connected Health Kit – check it out at  https://www.clouddx.com/#/vitaliti

The same type of concept could be used for cattle ranching – which is already actively involved with what I’ve come to call ‘FitBits for Cows”, animal collar devices which can monitor bovine health, location and other data in real time.  Take a look at QuantifiedAG which has technology which does exactly that: https://quantifiedag.com

And so why not have tricorders-for-crops, just like in the picture with Spock? We can already do a crop flyover with a drone and do a detailed analysis for disease, nutrient levels, plant hydration and other insight. The next step might be something like the Phenocart, which is being explored at Kansas State University. https://www.certifiedcropadviser.org/science-news/fitbit-plants

I often use these stories on stage to emphasize a few keys point about the future: