Daily Inspiration: “Your path of business model obstruction? Let me remind you how well that worked for record companies!”

“Your path of business model obstruction? Let me remind you how well that worked for record companies!” – Futurist Jim Carroll 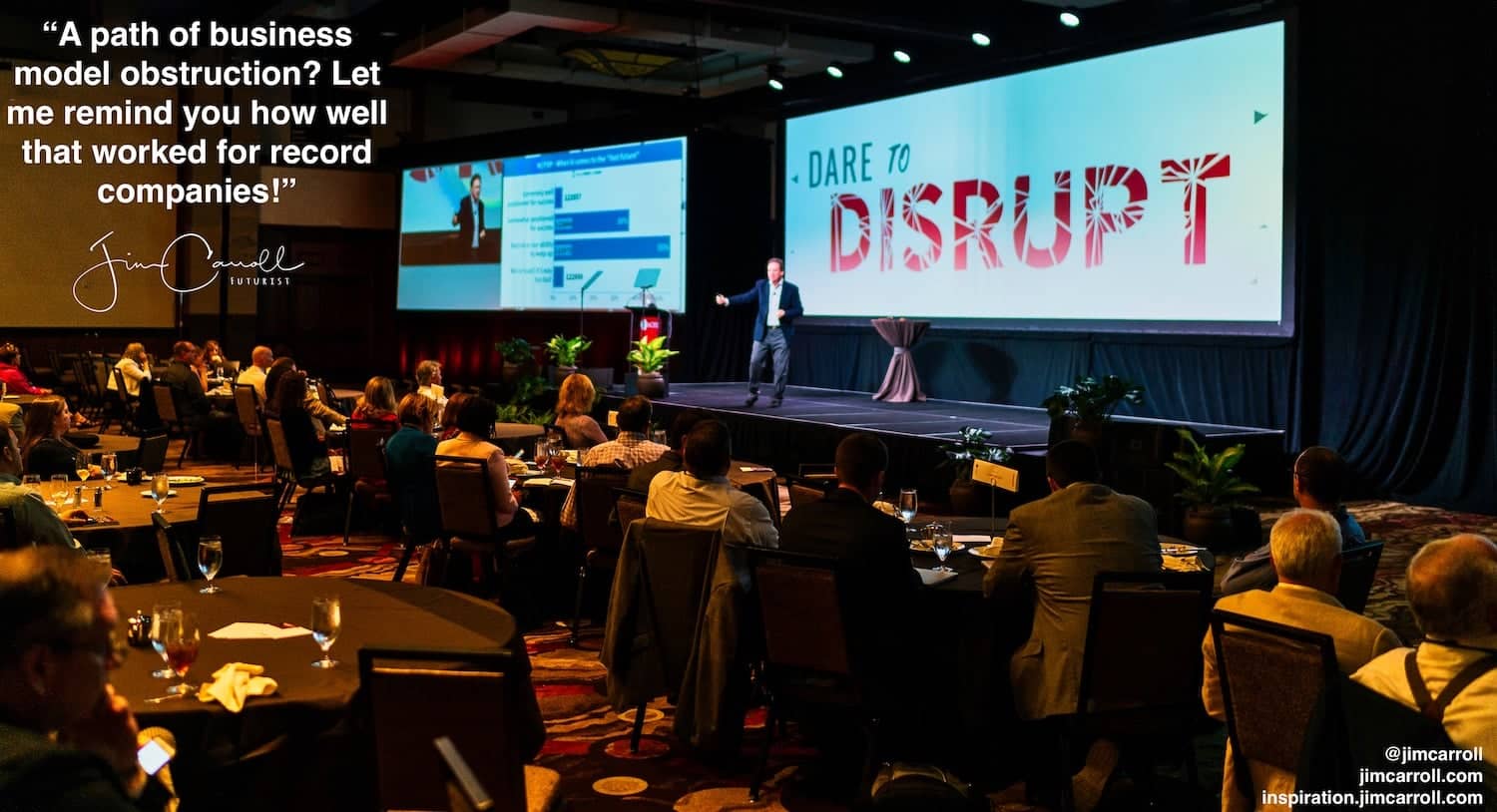 It takes courage to disrupt a successful business model, but most likely, you have no other choice.

On the other hand, only an idiot tries to obstruct the inevitable!

And yet, I see that occurring all around me.

Obstruction is not a sustainable long term strategy – at best, it’s a short term tactic that is pretty much doomed to fail. (For many people, that’s the best thing they will read in this post!)

Music companies tried to battle against the change to their business model as MP3 technology emerged. I remember going on a national TV show in 1997 with a record company executive – she was adamant that all that needed to happen was that some laws needed to be passed, the perpetrators needed to be found, and the technology could simply be shut down.

Um, let me tell you how technology works, I said…. (I have the tapes. It’s fun to watch.)

Of course, the viral sensation that was Napster led to the eventual birth of Spotify, and my CD’s and LP’s sit around my house, the memory of a business model that now seems kind of bizarre. (I bought Led Zeppelin IV on vinyl, 8 track, CD and cassette. They got enough of my money!)

Today, I still see executives in some of the industries in which I speak in trying to wish away the disruptive change that surrounds them: “Let’s not talk about it.” “Let’s ignore it!” “Let’s talk about how we are going to change the consumers mind through an advertising campaign.”

When it comes to the future, you can choose to ignore it, fight it, or embrace it – and innovate around it.

I can tell you what history has taught us about the first 2 of those 3 options. It’s kind of ugly, but predictable.