Daily Inspiration: “Stuck in an idea rut? Maybe you should hire a Senior Vice President of Continuous Curiosity!”

“Stuck in an idea rut? Maybe you should hire a Senior Vice President of Continuous Curiosity!” – Futurist Jim Carroll 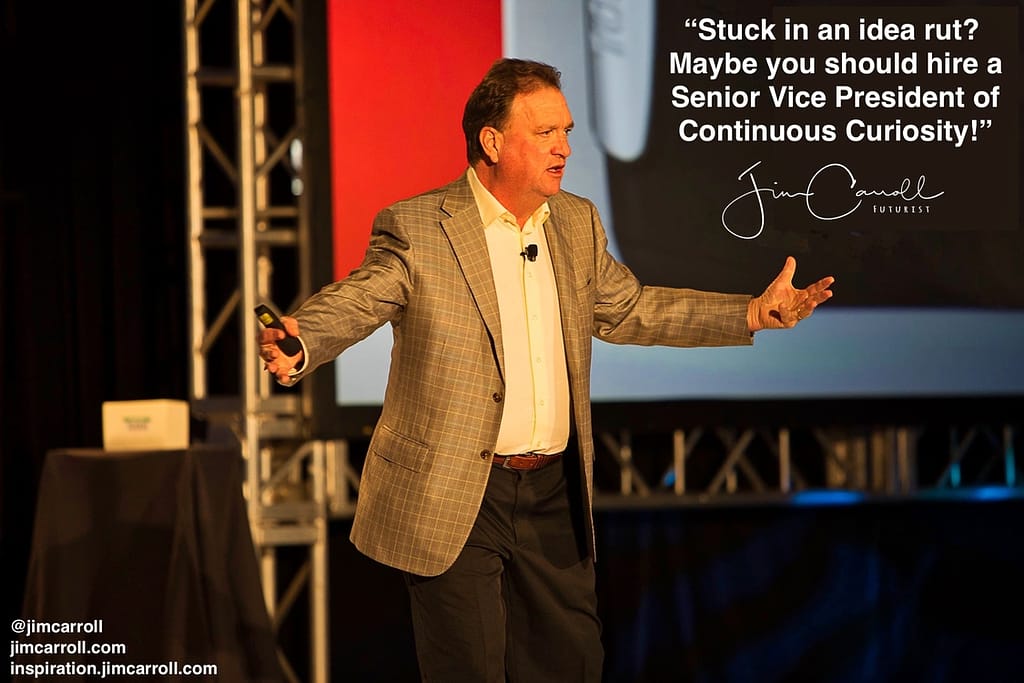 ⁣Let’s talk about curiosity, or rather, the stunning lack of it in many organizations!⁣

⁣⁣Some years back, the drug company Merck released the First International Curiosity Study – it was a great report! (I’m curious as to where the second one is, 3 years later….)⁣

⁣Here’s what it means: many organizations, in the face of rapid business model, technological, competitive, social and political change, would prefer that their staff simply remain in a drone-like state, focused on getting things done, rather than figuring out now to do things better!⁣

⁣What should we do with the observations from such a study? ⁣

⁣Clearly, since we know that curiosity is at the root of much of innovation, the ideas should be obvious for anyone with a curious mind: hire someone to fire up your curiosity!⁣