Daily Inspiration: “In an era in which in much of your future revenue will come from products that don’t yet exist, your legacy will be your death sentence!”

“In an era in which in much of your future revenue will come from products that don’t yet exist, your legacy will be your death sentence!” –  Futurist Jim Carroll 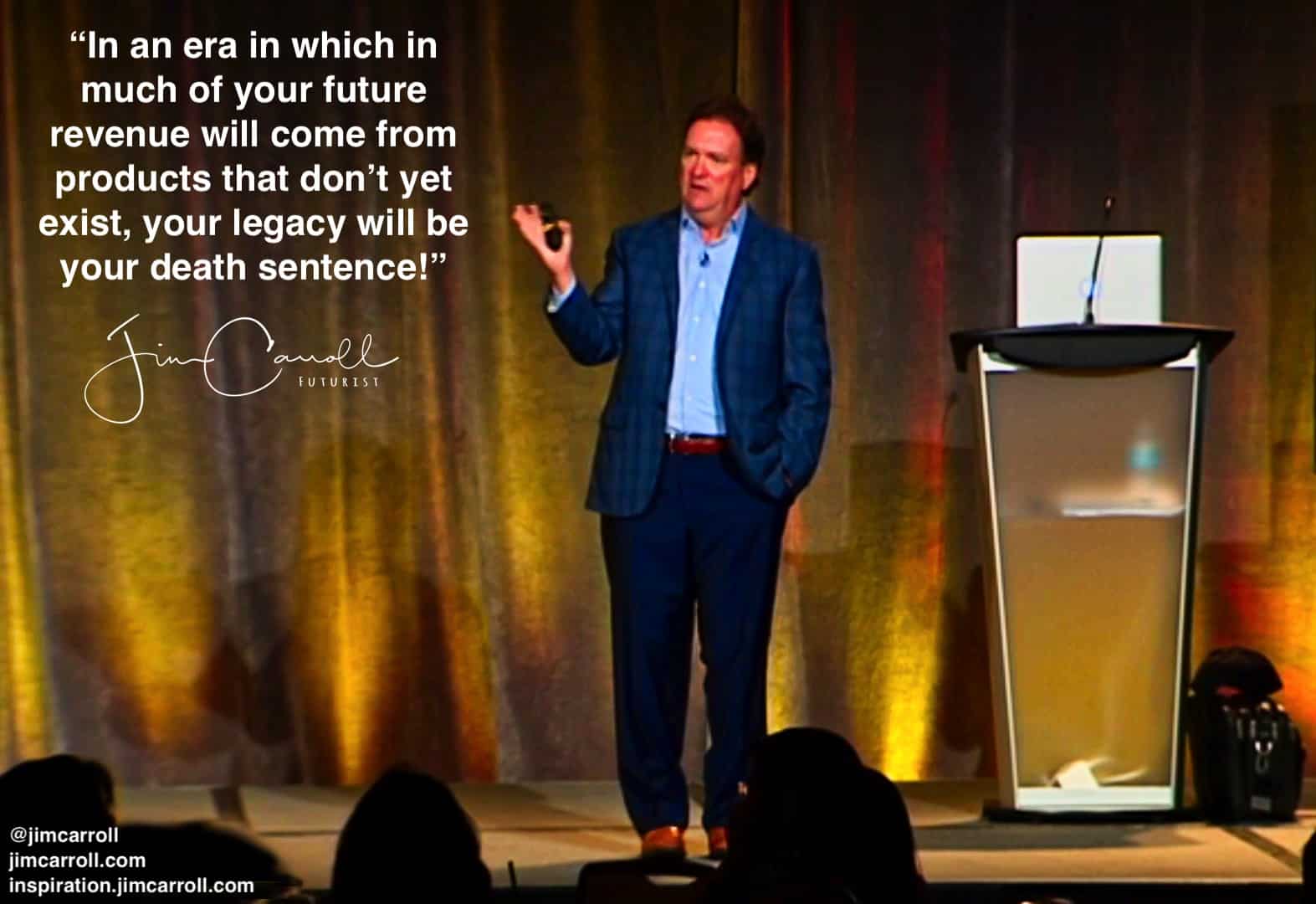 Can you reinvent yourself at the same blistering pace of Apple and other hi-tech companies?

If not, you’d better figure it out – your market and industry is becoming part of that same reality.

At one time, Apple was in a situation in which 60% of revenue came from products that didn’t exist 4 years earlier. Once an aberration, that is increasingly becoming the norm in most industries. If your’t reinvent at same blistering pace, you’re done.

Home appliances are now connected computers that wash your clothes and cook your food.

Medical equipment is now some sort of weird, hyperconnected intelligent AI thing that does a better job at diagnoses than a physician.

A farm tractor is no longer just that – it is now a rolling GPS based real-time soil-weed-crop health analysis machine!

In all of these cases, Silicon Valley and the impact of technology has come to drive the speed of change – and quite simply, that’s faster. Companies need to pick up the innovation pace.

Who wants a car dashboard from the olden-days (i..e. from two years ago) when this years model has the latest, greatest car-navigation and accident avoidance technology?

Who wants to build a hospital using yesterday’s out of date medical equipment when there is some fascinating new device just on the horizon?

Clinging to your legacy like the drowning seize a life preserver is not strategy – it’s desperation!