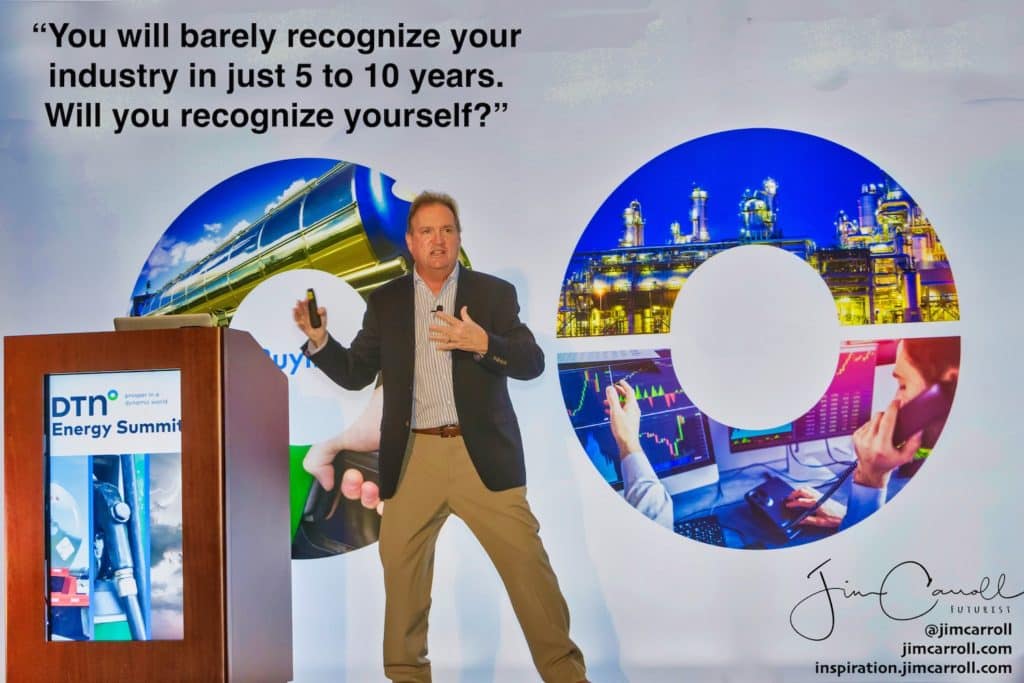 A photo from my keynote for a major energy conference in Omaha last week.

The energy industry? It’s over … the concept of centralized production of energy by one organization for distribution throughout a community is dead. The future is now determined by the continued arrival of local community micro-grids, renewable energy sources, battery storage technology, intelligent power infrastructure & more.

It’s the same in every single other industry.

In the world of retail? One day, we used to go to stores to get stuff – but increasingly, the stuff came to us.

Automotive? One day, we used to drive cars based on carbon – then, cars with batteries drove themselves. Manufacturing?

We’ll know that the world of massive production runs of identical products was soon replaced by mass customization, driven by 3D printing.

Healthcare? In primitive times, we fixed people after they were sick – until genomic medicine led us to a world in which we knew what they were going to become sick with, and acted accordingly.

Agriculture? We’ll remember when we used to farm only when the sun was up – rather than our world of 24 hour farming based upon advanced robotics, virtualization of work and self-driving tractors.

“In the Olden Days, We Only Farmed when the Sun Was Up; We Went to Places Called Stores to Get Things… and We Fixed People After They Were Sick.…”

They sometimes refuse to accept that everything around them is changing, and in doing so, refuse to change themselves.

The result is that they get left behind, wallowing in their anger, smothered by their fear, made irrelevant by their ignorance.

Each and every moment of your day, you have a choice when it comes to the future.

What will you decide to do today to make sure that you arrive tomorrow in a form that will make you proud?