Daily Inspiration: “You are spending way too much time living in the land of the status quo!”

“You are spending way too much time living in the land of the status quo!” – Futurist Jim Carroll 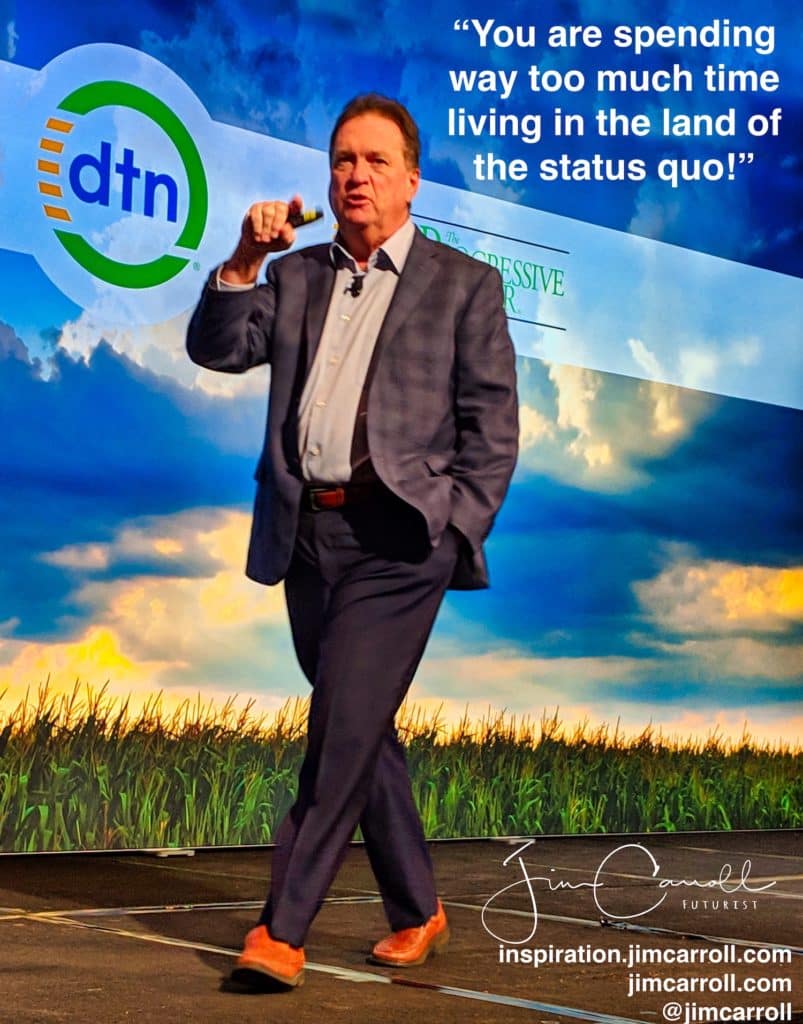 You won’t do extraordinary things if you only do things that are average … that much is true. But you also won’t arrive in the future in great shape if you try and preserve the reality that surrounds you today.

One of the most bizarre trends in the world today has to do with industries and companies that – in the face of relentless business model change – try to maintain their existing way of doing business rather than adapting to inevitabilities. They’d prefer that things stay the same, and sometimes resort to legal or regulatory measures to try to preserve the old, dead ideas of the past.

It’s occurring with electrical utilities who are trying to use regulatory authorities to battle against the role of local community energy micro-grids, generating their own power from wind, solar and other renewable sources.

It happened at speed with taxi and limo companies fighting back against Uber through regulation and laws – not by developing a better customer experience…..

The list goes on and on…. Indeed, we’ve seen such misguided attempts in the past – record companies tried to preserve the status quo business model of actually selling music rather than music subscriptions, and back in the day, funeral homes tried to prevent this sale of caskets via the Internet.

The idea was – if you pardon my pun – dead in its tracks.

Attempts to preserve the status quo usually fail. It’s not a smart strategy, but rather, is a sign of leadership and mental weakness. In the long run, people end up laughing at you.

Don’t spend your time in the land of the status quo, since in all reality, it won’t be there too much longer!