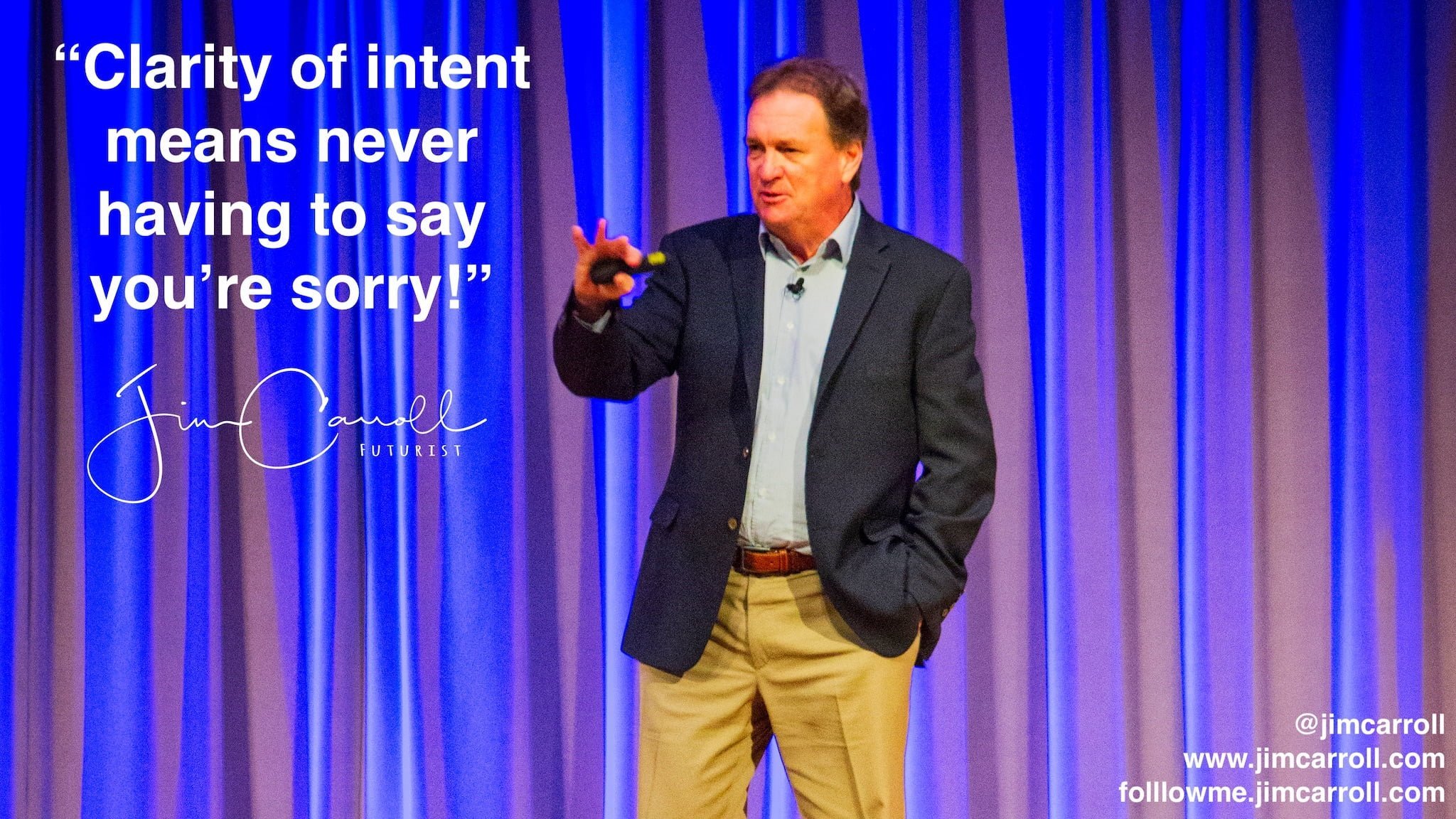 It’s easier if you tell people you are going to do something and you do it – than doing something that you shouldn’t have done in the first place!

I think we all know that lesson!

How does that apply to innovation?

It’s long been said that taking a risk is a key part of an innovation mindset – you’ve got to try to do things you haven’t done before to get ahead. But if you are taking a risk, it’s pretty likely that you’ll see some sort of failure.

With that being the case, set a runway for failure – make its potential known! When it happens, you won’t need to apologize, but instead, can point to your predictions that things might go wrong.

An apology implies guilt, but in the absence of the conditions for guilt, you never need use one.

Creating a culture of innovation involves many different ideas, concepts and expectations, and setting an understanding of where your efforts might end up is a key part of that overall culture. Once people know that things might work out in spectacular fashion – but are also aware that there might be a dreadful failure – their expectations will guide their reaction.

So do this for any innovative idea or project that you might take on: prepare people for the potential outcome, both good and bad. Document the potential results, and share them widely. Make them known.