Home   >   Agriculture   >   Tariffs, Trade Wars, the Conundrum of Politics, and My Good Friend Jim Carroll of the Arkansas Soybean Board!

Tariffs, Trade Wars, the Conundrum of Politics, and My Good Friend Jim Carroll of the Arkansas Soybean Board!

Just over 18 months ago, I opened the annual meeting of the United Soybean Board in St. Louis, a group that represents most of the US soybean industry. I was on stage with a message for over 300 soybean farmers about opportunities for future growth. In addition, I spent 2 hours in a private session with the Board of Directors talking about opportunity. To see what I covered, read my blog post from my keynote “Accelerating Innovation: My Time With the United Soybean Board.”

We talked a lot about China and global markets as a big opportunity. Today, the industry is struggling with the fact that they while they spent a lot of time developing China a key market, the country has now targeted their beans with tariffs. They are in the front line of the new global trade war.

Who would have thought? Well, people vote, and votes matter.

With that in mind, watch this video from my good friend Jim Carroll – he’s the head of the Arkansas Soybean Board. Jim and I met when I spoke to this group. It’s a video message with his most recent update to his members – soybean farmers all of them – on their opportunities for innovation. 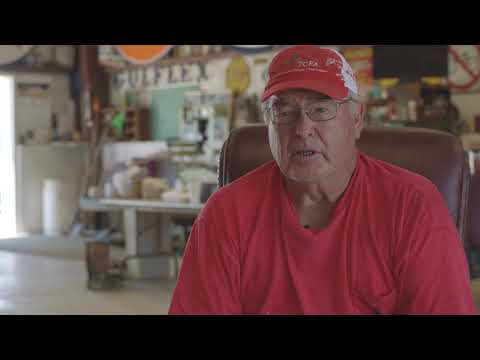 He’s talking about the same opportunities that I focused on in my keynote: new markets, using soybeans for new products and new opportunities (i.e. meal for fish farming in Egypt), sustainability – the whole idea of not selling ‘beans by the bushel’,’ but selling soybeans for use in different ways for different purposes. Did you know that Ford uses soybeans in seat cushions for cars? That’s an example of the type of innovative thinking occurring in the industry.

What Jim doesn’t talk about is the elephant in the industry – the fact that this is an industry that has spent a huge amount of time to open global markets, particularly China – yet now finds itself in the crosshairs of a global trade war in which soybean farmers will bear a lot of the early damage. My belief is that they bear some of the responsibility for this new state of affairs.

Here’s the thing – I’ll bet you dollars for donuts that most soybean farmers voted for an agenda that would supposedly ‘make America great again,’ but in the long run, certainly won’t help them. The conundrum is this: most of them voted for a path that placed restrictive ideas in the face of opportunities for innovation. They are now seeing the results of such a path.

Watch to the very end. The most eloquent, and perhaps painful comment in Jim’s remarks, occurs when he states: “We’re always open to doing anything that will use more beans that will come out of the US.”

They aren’t doing too well with that right now, and won’t, until this issue plays out. You don’t make a lot of friends by making a lot of enemies.

In my keynotes, I work hard to avoid politics. I remain mystified as to why people make great plans to do one thing, and then shoot themselves in the foot by doing another thing. You can choose a path to the future that involves innovative thinking – such as what Jim talks about – or choose a path that tries to prevent the future from happening.

Last week, I posted a photo that tried to capture the conundrum. Think about it.

As a futurist, I’ll admit I’m often mystified by the future!

As in: why would a whole bunch of smart people undertake activities that align themselves to the reality of the future, and then do something that is completely at odds with their ability to get there?

That’s where we are in the world today as a ‘trade war’ unfolds. I’ve spent time with leading manufacturing groups and executives throughout the US; I have spoken to thousands of farmers and agricultural groups; I’ve spent time with Fortune 500 CEO’s who are focused on global markets; all kinds of people who work in the HR industry and are thinking about how to get advanced skills; and many more situations.

All of them have talked to me about the fact they know their path to growth is found in world markets, and ensuring they can adapt to the technology and opportunity of today in order to compete in the global economy of tomorrow.

And then, many of them did the exact opposite. They chose a a path forward that involves walls, tariffs, barriers and and an attitude of intolerance.

We’re starting to see the inevitable results of that conundrum in thinking.

What happens from this point out? Did I say that as a futurist, I am often mystified? One thing I do know is this: a 2 year old learns quickly that if they do something dumb, they get hurt, and they adjust their behaviour going forward.