Innovate and Adapt – or Die: The Sobering Reality of Disruption

The list could go on…. companies that were leaders in their time, and then failed, due to a lack of innovation; a failure to adapt; ethical problems; or other factors that could have been avoided.

In the next 10 years, we will see a number of established companies added to the list. Right now, some of them could be making decisions to avoid that fate.

Here’s some interesting food for thought from a great article on the trend in which every company is becoming a computer company:

If you are a senior executive, you need a serious gut-check. Here you go: 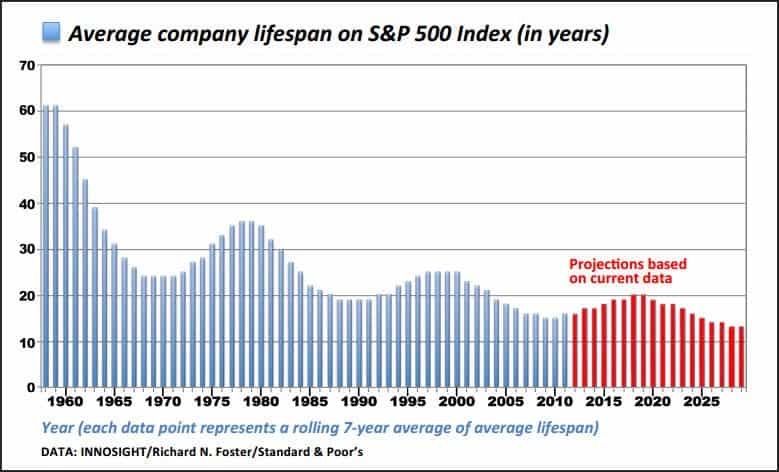 Your chance for longevity and survival is shrinking.

Disruption, business model change, technological transformation is real, and so you have a simple choice: innovate, or die.