The South Africa based consultancy runs a monthly staff  newsletter on key trends and issues in the agricultural sector. They recently featured a piece that links to a video of mine, “Think Like a Farmer,” in which I make a good case that farmers are some of the most innovative people on the planet. 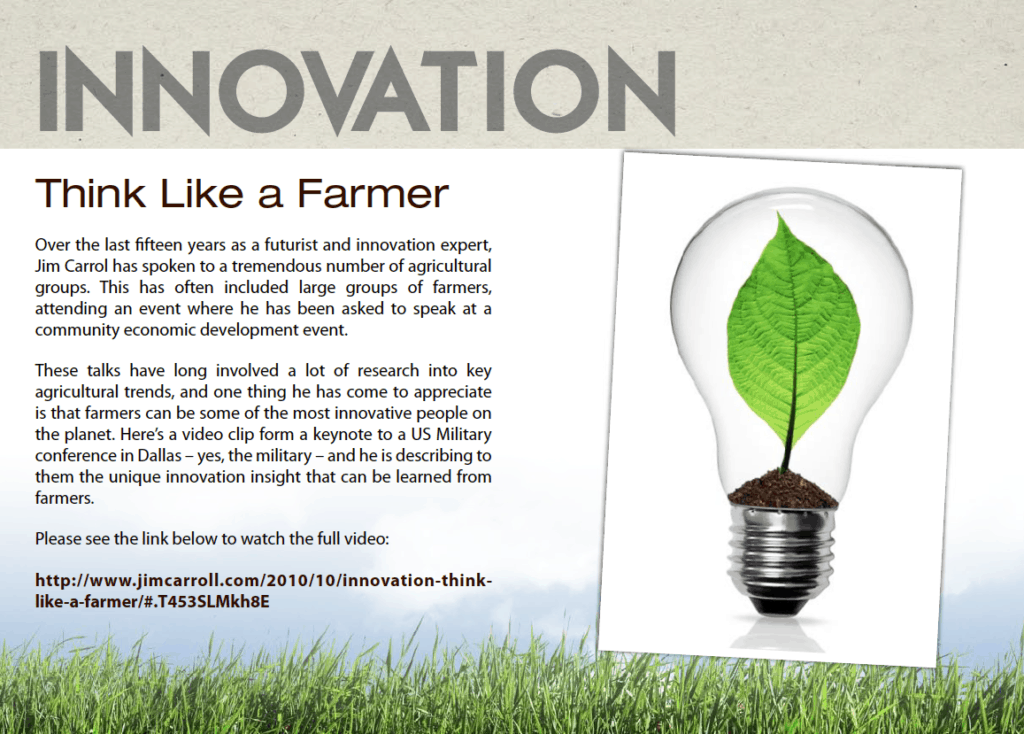 And they certainly are!

Did you know that the average dairy cow produced about 5,000 pounds of milk in a lifetime in 1942; it’s now 21,000 pounds — because of the
impact of genomics (best gene straits for production) and the ability to look at production data in a  very deep way. That’s some pretty fascinating stuff.

I have often described that there are two types of farmers. There’s what we might call the stuck-skeptics, who have attitudes such as:

Contrast they with the “future positive” farmer. They’re:

And I often joke on stage that they are simply waiting for their group to sell their land, because they know there is simply so much upside in the world of agriculture.

Here’s something to think about, regardless of what industry and career you find yourself in — which type of farmer are you? Future positive or a stuck-skeptic?