Trend: A Fundamental Reinvention of Cash

I was recently the keynote speaker at two major corporate events, both of which really have to seem a key theme at the heart of the “big issues” that organizations are faced with — and that is, we are in a period of time in which the very concept of ‘cash’ is being fundamentally changed, due to the impact of mobile technology.

The first event was for Visa’s 2012 Prepaid Forum in Phoenix — at which, in my keynote, I made the observation that “if you think about it, we’ve only redefined cash once in our history — when credit cards were introduced. We’re about to do it a second time as smartphones become the new credit card!” 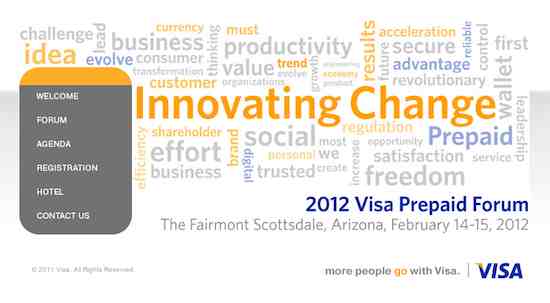 The second event was in Las Vegas, at GlobalExchange 2012, an event held by Pollard Banknote, one of the largest printers of lottery tickets, with attendance by a large number of senior executives from throughout the global lottery industry. I made the same observation, but in this case challenging the audience to think about how the world of retail, and hence the world of lottery ticket sales, would come to be challenged through this transformation of cash. 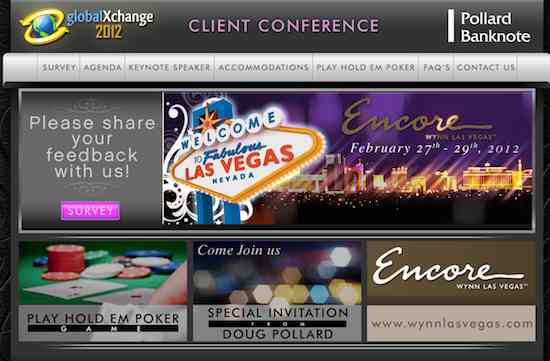 Both event featured similar session descriptions in that the issues that both are confronting through strategic thinking are very much the same.

In the case of the VISA event (click to view)…. 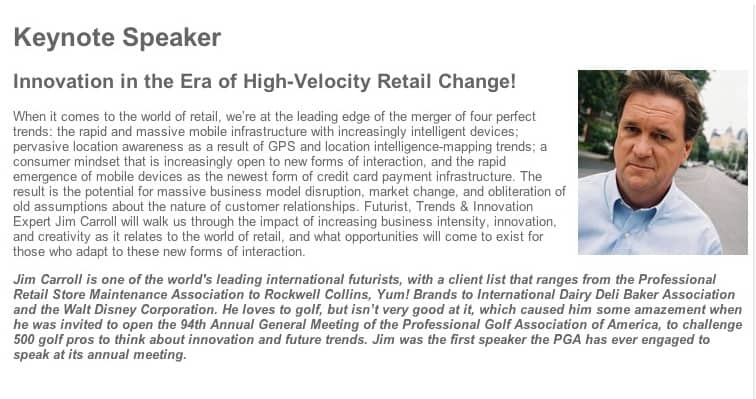 This is a huge trend that is unfolding at lightening speed as a wide variety of Internet companies (Google, Facebook, PayPal and more) all position themselves in terms of the “virtual wallet”, at the same that smartphone makers (Apple, etc) , banks and credit card companies all explore the space.

Yet it is a pretty massive undertaking : as noted in the Wall Street Journal,  November 2011, “Yankee Group analyst Nick Holland estimates it will cost $15 billion to deploy the technology that will make mobile payments ubiquitous.”

As we get the second biggest disruption with cash to occur in our entire history, we can be certain there will be a huge number of business model disruptions, new competitors, existing market turmoil, new customer challenges and opportunities — and just a tremendous amount of change.

One of my observations in both keynotes is that every organization needs to get involved and get their feet wet — fast. There is so much going on so quickly that in this case — the future will truly belong to those who are fast. That means trying out a whole bunch of new ideas and innovating at top speed.

But does that mean that we are going to see someone win in this space in 2012? I doubt it — the scope of the undertaking and the infrastructure is involved is simply too big. That doesn’t mean anyone can avoid it though – because those who are making bold plays now will become big players tomorrow. Noted Thomas Kunz, Senior Vice President,  PNC Financial, when it comes to mobile payments: “2012 will be about a beta and expanding that beta test. It will take some time for this to become mainstream.”

As a result, my key innovation mantra — THINK BIG, START SMALL, SCALE FAST — fit perfectly into the themes and stories I weaved on stage in Phoenix and Las Vegas!