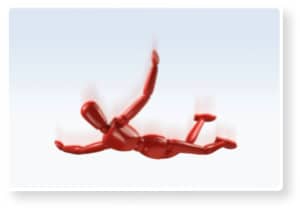 Empowering staff and partners to make quick decisions is an essential component of innovating in the high-velocity economy.

Particularly given that right now, optics are really important.

RBC Plaza’s Grand Opening is on, but, Um, About Those Sky Divers …

Oct. 2–RALEIGH — A big building calls for a big celebration. But when the building is a bank — and its grand opening comes amid a banking meltdown — falling bodies send the wrong message.

Therefore, the sky divers at today’s RBC Plaza opening are canceled. Once again: The fabulous parachuting display is off.

“Given the recent market activities, we just didn’t think it was an appropriate time to have people jumping off of a bank building,” said Jamie Averette Mitchell, a spokeswoman for RBC Bank, which is dedicating its downtown Raleigh headquarters, the 33-story RBC Plaza, today.

The parachuters were to be part of a series of grand-opening events. They were to draw attention to the tower –the region’s tallest — at Fayetteville and Martin streets.

But RBC nixed the jumpers after a week of Wall Street turbulence, which included the worst drop ever in the Dow Jones Industrial average and the sale of Charlotte banking giant Wachovia to Citigroup for a mere $2.1 billion. The celebratory leap might have reminded some of the bankers and stockbrokers who jumped from buildings during the Depression. They didn’t wear parachutes.

Mitchell said, “We wanted to be very respectful of our financial partners and Wachovia” — a name emblazoned on another Fayetteville Street tower.

Part of my consistent innovation message through the last several years — “faster is the new fast” — challenges organizations to think whether they can move at the fast pace required of them in today’s high velocity world. Innovation isn’t just about new products and design — it’s about challenging yourself as to how you operate, act, compete, change and do things differently to keep up with rapid trends.

In this case, what could have been a PR disaster has turned into a smallish news story barely covered anywhere. That’s great innovation.